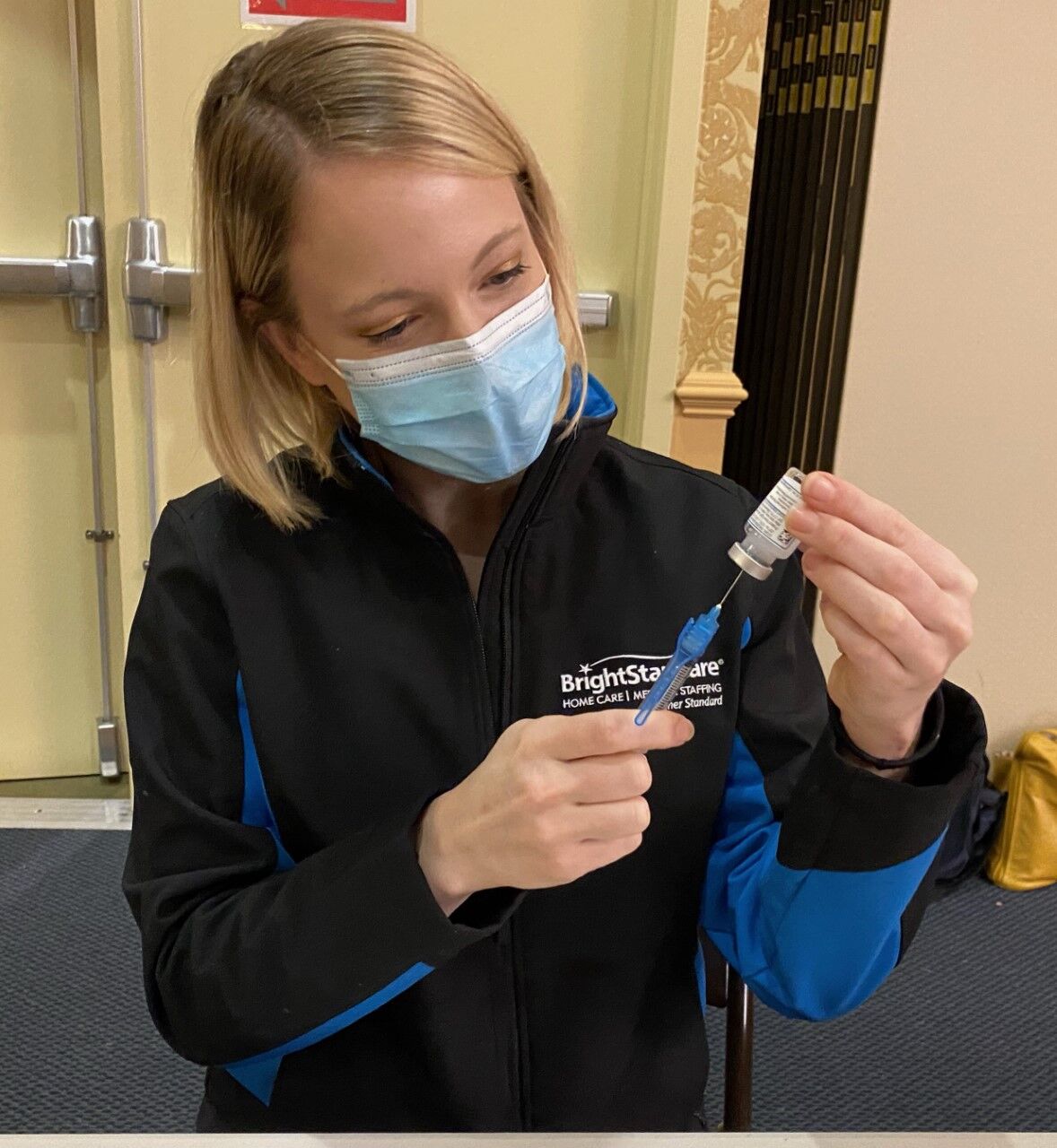 Kerry Stagman, client relations manager at BrightStar Care and licensed practical nurse, draws a dose of the COVID-19 vaccine into a syringe. 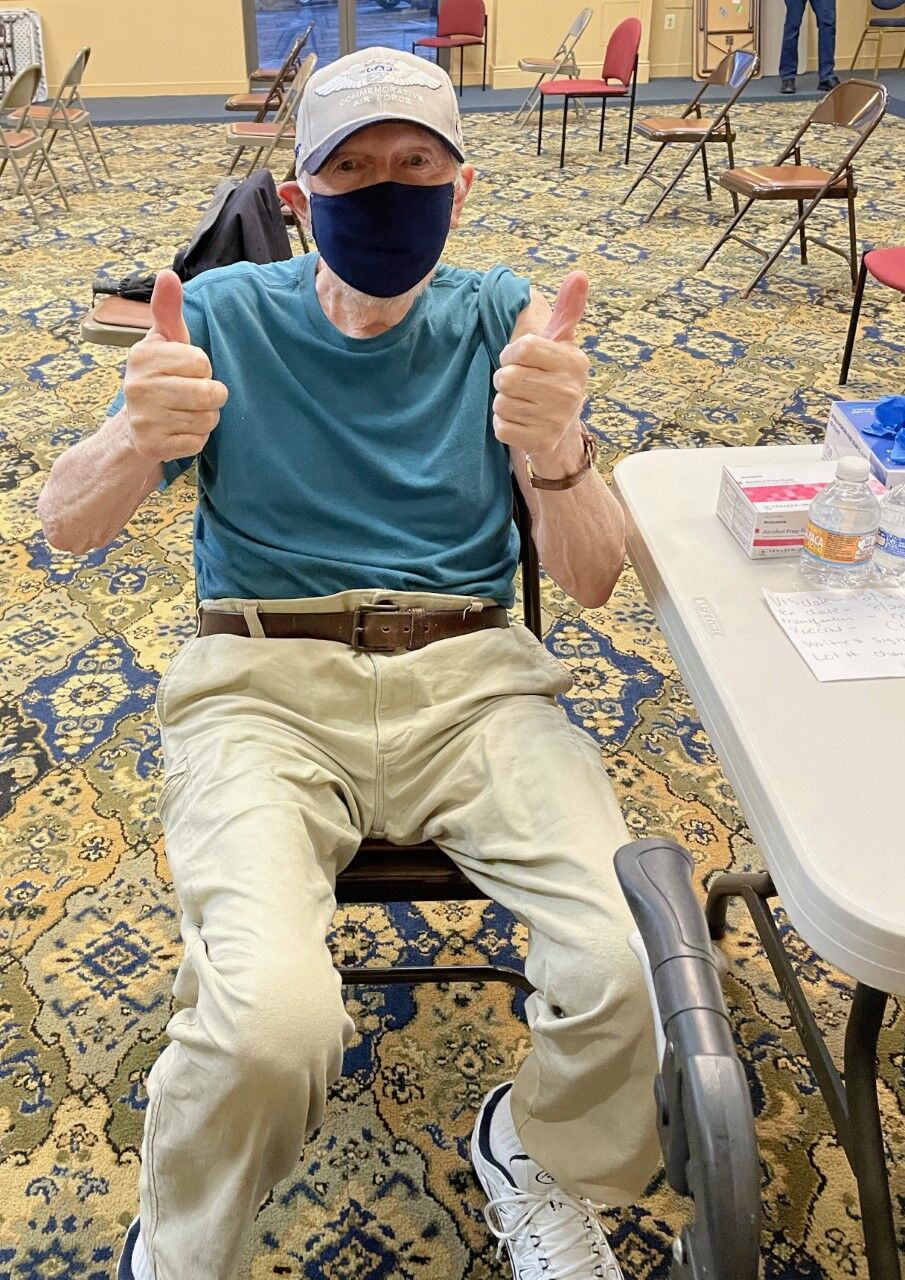 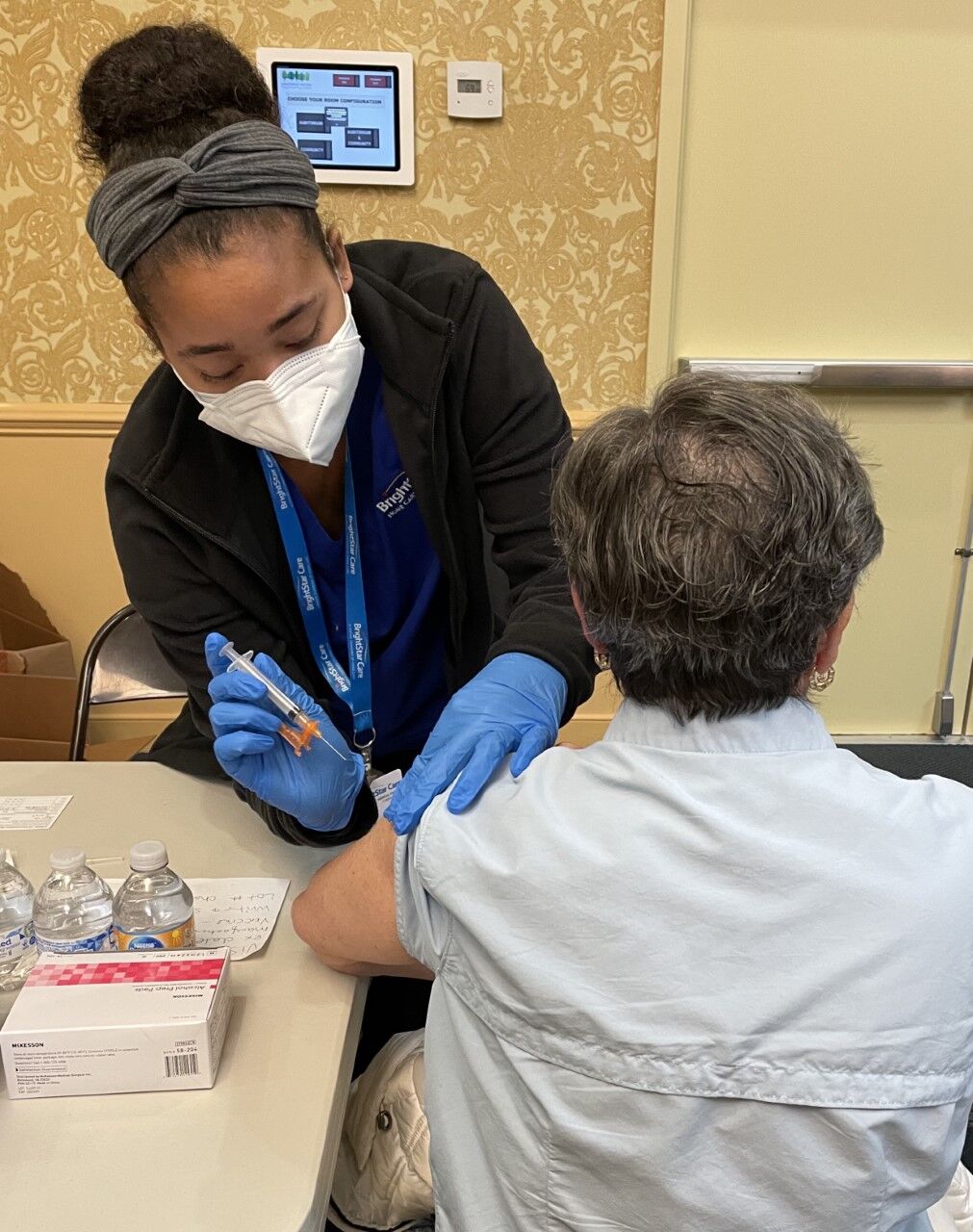 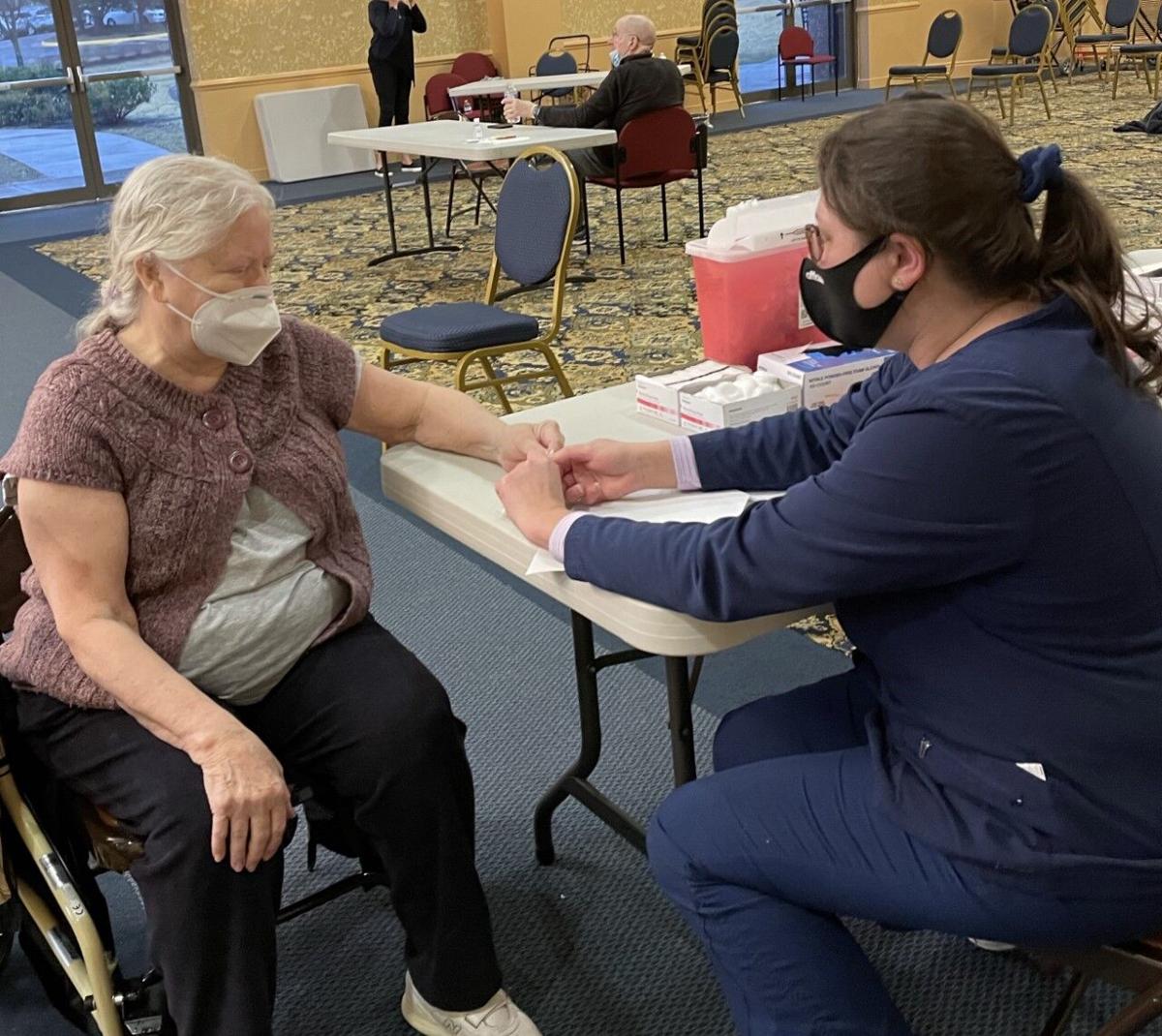 Mariam Brodigan, left, was one of more than 500 Lansdowne Woods of Virginia residents to receive their first dose of the COVID-19 vaccine during a largely impromptu vaccination event Feb. 27 and 28. Here, she receives it from nurse Terri Shick.

Kerry Stagman, client relations manager at BrightStar Care and licensed practical nurse, draws a dose of the COVID-19 vaccine into a syringe.

Mariam Brodigan, left, was one of more than 500 Lansdowne Woods of Virginia residents to receive their first dose of the COVID-19 vaccine during a largely impromptu vaccination event Feb. 27 and 28. Here, she receives it from nurse Terri Shick.

Betty Raffel had been trying for months to secure a spot on the COVID-19 vaccine registry for the senior residents of Lansdowne Woods of Virginia, when, on Feb. 26, hope finally arrived in the form of 500 unused doses of Moderna’s vaccine.

The catch? Only two-and-a-half days remained until those doses expired.

Among the various organizations Raffel, the general manager of the 55-and-older community, had contacted in her pursuit was Leesburg-based home care company BrightStar Care.

Her contact at BrightStar Care then connected her to Mechanicsburg, Pennsylvania-based pharmacy company MedsPack and its owner, Pramod Arikeri, who eventually notified Raffel of the vaccine availability.

However, even with the relieving prospect of providing 500 Lansdowne Woods residents the shot — nearly one-third of its total population — for BrightStar Care owner Dan Price, an uneasy question remained.

“I thought, ‘How are we going to be able to pull this all off in just a few hours?’”, Price told the Times-Mirror.

Luckily, through quick planning and hundreds of collective hours of voluntary labor, BrightStar Care and Lansdowne Woods staff spent Feb. 27 and Feb. 28 putting the vaccine to use — and not a single dose went to waste.

“There were a lot of moving pieces, said BrightStar Care Managing Director Justin Conrad, “but at the end of the day we thought it through, we did what we needed to do and we got it done,” he said.

After receiving Arikeri’s call around noon on Feb. 26, Raffel began her race against the clock, drafting an email with a registration link to send to all of Lansdowne Woods’ residents.

She and her team then went door to door to deliver printed copies of the announcement, as some older residents don’t use the internet or have email addresses.

Meanwhile, the BrightStar Care crew found 10 to 12 nurses who were willing to work during the weekend on short notice. Staff also cold-called many of its residents, asking them to volunteer at the event by directing foot traffic and ensuring social distancing protocols were observed.

According to Raffel, not a single person responded “no”.

Within a few hours, BrightStar Care nurses and Lansdowne Woods volunteers were on site to set up the inoculation station, staying late into the night Friday to make sure it was ready to go.

“We were all kind of jumping into a situation we didn’t know, but our nurses handled it really well, and so did the volunteers,” BrightStar Care Client Relations Manager Kerry Stagman said.

“Some of them were in their mid-70s, but they were there from probably 7:30 in the morning to almost 8 at night. It was a really huge effort for all of us,” she said.

“Without [BrightStar Care] and MedsPack, it would not have happened,” Raffel added.

While many adults who live at Lansdowne Woods are active and were able to transport themselves to the point of distribution, roughly 175 residents are homebound and not able to get themselves to the vaccine administration site.To make sure homebound registrees were still able to receive the vaccine, volunteers picked up those particular neighbors from their residences to bring them to the distribution center, and nurses even ventured out to perform a few in-home vaccinations.Following the success of the weekend’s rapid vaccination event, Raffel plans to collaborate with BrightStar Care and MedsPacks in the near future to give shots to homebound residents who have not already received them.

BrightStar Care will also soon be providing doses of the vaccine to nearby organizations such as the Arc of Loudoun and a senior living community in Great Falls.

“We’re trying to do our part in getting COVID-19 behind us,” Conrad said.

Those who did receive their first dose over the weekend have continued to flood Raffel and the providers with praise, as many did not know when they would be receiving the vaccine, or whether it would be anytime soon.

“There were quite a few people who were tearing up because they had been trying for weeks, some for months,” Stagman said. “Across the board, everyone was overwhelmingly thankful and happy.”

“For everyone to step up and do what they did this weekend on such short notice is a testament to the community and a testament to Betty’s leadership,” said Mary Norton, president of the Lansdowne Woods Board of Members.

“She just took on a herculean task and made it happen … She deserves a lot of accolades for what she did.”

As for Raffel, she remains convinced that the availability of those 500 vaccine doses — however close to expiration they might have been — was nothing short of a miracle.

“I really feel like the hand of God was there, and no one can tell me anything different,” she said.