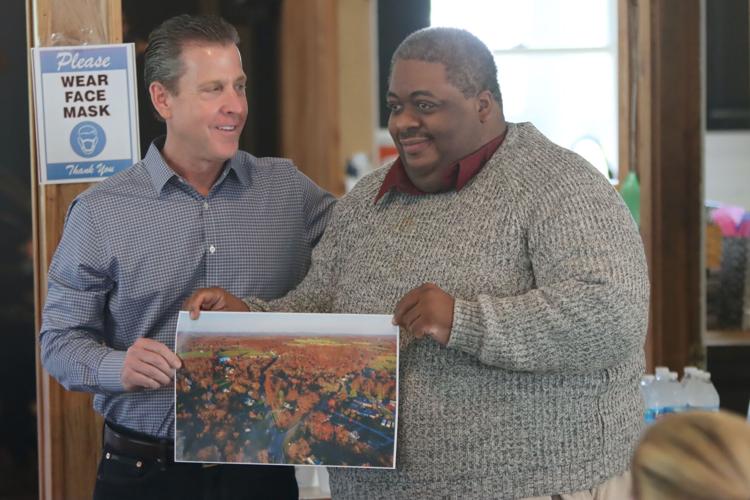 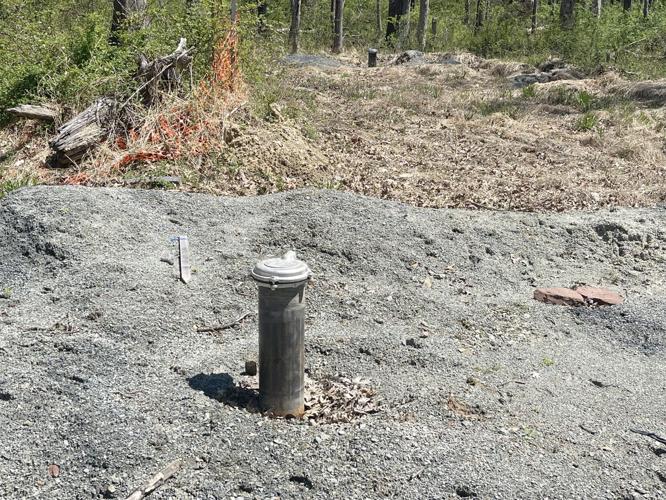 Recently, developers ended their work towards constructing a 30-home development in St. Louis. Residents said some of the water runoff flowed to their homes during the construction period. 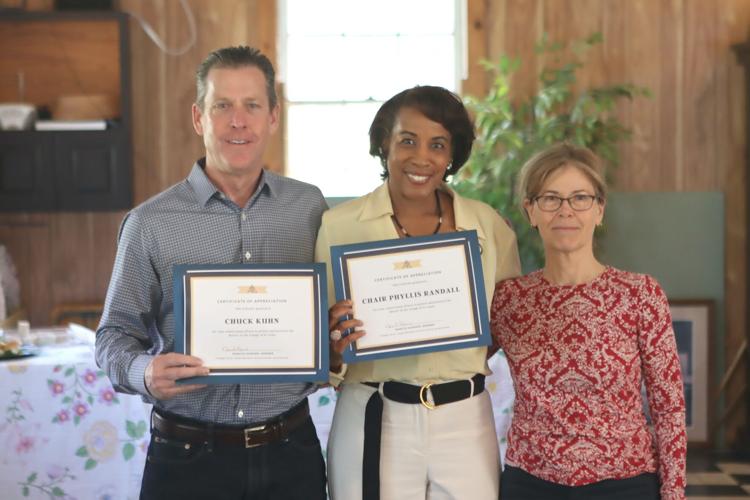 Pictured from left, Chuck Kuhn, Phyllis Randall and Gem Bingol were recognized on April 16 by residents and supporters for preserving the Village of St. Louis on April 16 from a housing development project. 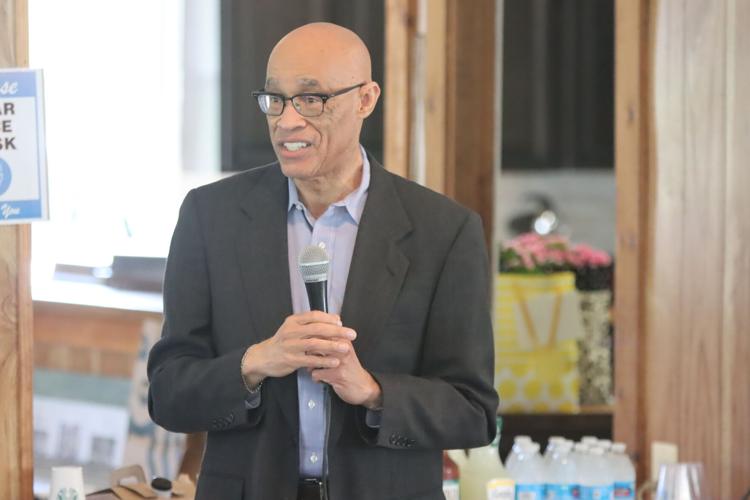 Recently, developers ended their work towards constructing a 30-home development in St. Louis. Residents said some of the water runoff flowed to their homes during the construction period.

Pictured from left, Chuck Kuhn, Phyllis Randall and Gem Bingol were recognized on April 16 by residents and supporters for preserving the Village of St. Louis on April 16 from a housing development project.

Jeff Jackson, who has lived in western Loudoun County for nearly 35 years, said his concerns recently grew when he learned that he may have more than a couple dozen new neighbors around his home in St. Louis.

When developers started to dig wells around his house, he said the runoff started to flow to his home and he said he noticed the water pressure dropping when showering and washing dishes. If the 42-acre property had not been purchased, ending the eminent housing development, Jackson said he’s unsure what would’ve happened amid a growing uproar in the community.

“There was no way [they were] going to build all those homes and not affect the water,” said Jackson.

On Saturday during a reception in St. Louis, he shared his story with a group of residents and advocates for preserving the village during a reception to thank people involved with the deal, including Chuck Kuhn, owner of JK Land Holdings and JK Moving Services.

The development project, located northwest of Middleburg, drew criticism from residents and supporters against home developer Mojax LLC proposing to construct 30 homes on 42 acres. Critics were concerned about the possible changes to St. Louis, which is one of the first villages in Loudoun County founded by African Americans, according to historians.

As previously reported, the Kuhn family purchased the 42 acres in order to prevent the construction of Mojax’s housing project, Middleburg Preserve II. The property is located north of Snake Hill Road and a quarter mile east of the St. Louis Road intersection.

Kuhn said during the reception the positive public outreach from the supporters and pleas for assistance was what ultimately led to his family purchasing the property.

Kuhn said, now that the property has been acquired, the family will wait a year from the acquisition before placing it under conservation easement. Middleburg Training Academy, which is approximately 1.2 miles from the property and under easement, will help to preserve the area, he said.

Kuhn said county government will then be asked if it has any interest in acquiring it for the purpose of creating open space or possibly a park.

Loudoun County Board of Supervisors Chairwoman Phyllis Randall, D-At Large, was at the reception, and she quickly said the county would be interested.

Gem Bingol, a field representative for The Piedmont Environmental Council, and Randall were also recognized for their support of preserving the property.

“Everybody pulled together and it took a village and it took the larger community to make this happen. And so, I just have to say back [to] you that we have to appreciate our collective effort,” Bingol said.

Randall said the turning point for the deal was when supporters spoke during a public hearing last year about the impact of the project. She said the remarks were “so impactful” that they led to a majority of the board visiting the area.

The chair said in an earlier interview that one of the takeaways from the deal is that the property won’t be developed, avoiding adversely affecting area residents.

More than 20 grave shafts were identified through the an archaeological study, and the layout of the cemetery also suggested that up to 30 graves remain unexposed, developers told the Times-Mirror in 2019.

Supervisor Tony Buffington, R-Blue Ridge, who represents the area, was not present for the reception. He said earlier in a message to the Times-Mirror that he is thankful for Kuhn’s willingness to intervene in the matter.

The land is part of the township which dates back to 1891, according to a November statement from the Kuhn family.

Further, the family said the land will help ensure that nearby and long-time residents of St. Louis — many of whom are descendants of the first African-American settlers — will be able to afford to stay in their homes since this will prevent costly property tax increases in the area.

“My grandmother used to say that ‘if anybody ever does anything for you, or gives you a gift, you should have the sense to say thank you,’” said St. Louis resident Marcus Howard.

Howard, who helped present a gift bag including an aerial picture of St. Louis, thanked everyone including Kuhn.

Mojax and the board exchanged offers in an attempt to end the controversial housing project proposed for the MP-II property in St. Louis, but neither could come to an agreement, according to county staff.

As previously reported, Mojax argued there was risk involved in obtaining sufficient financial benefit from the property with an easement in place, saying it could not recover its acquisition and development costs from the by-right development of MP-II.

Charles Thompson, pastor of Mt. Zion Baptist Church, which is adjacent to the property, said St. Louis is unique. He said early in the morning, people may even spot horses trotting around and chasing foxes in the village.

Thompson thanked everyone for their efforts to preserve the area and prevent the housing development that would “ruin the character and the integrity and the beauty of this community.”

He later said, “as a pastor, you want people, but just not that many where it impacts the community.”