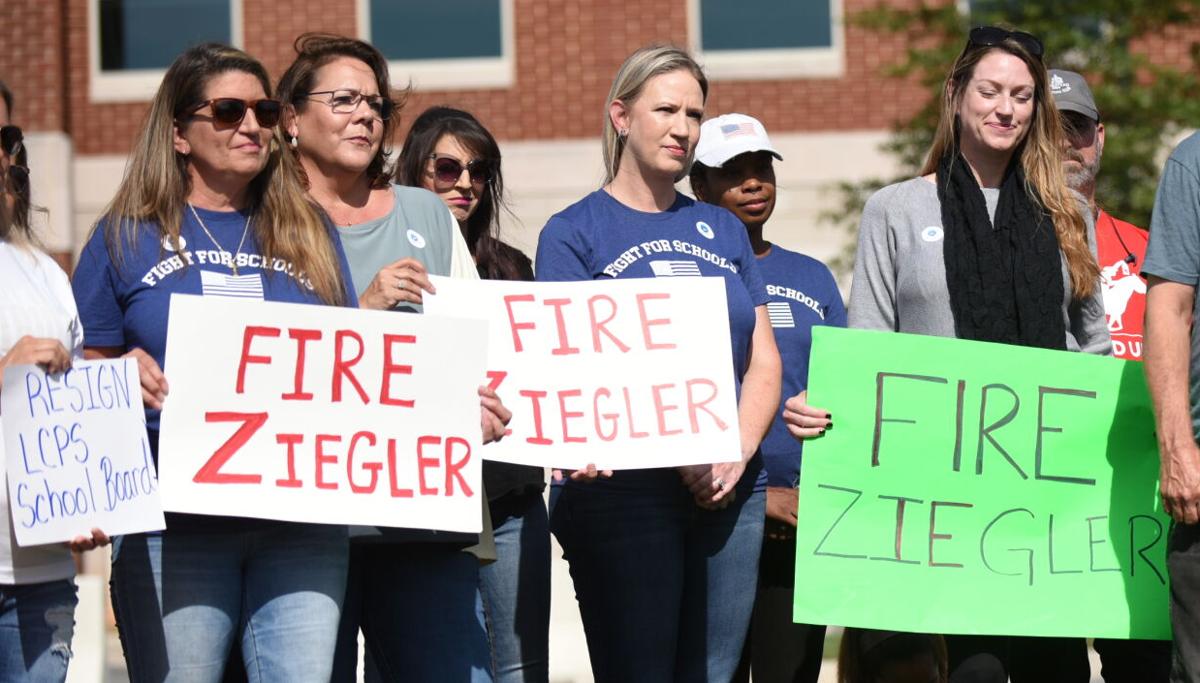 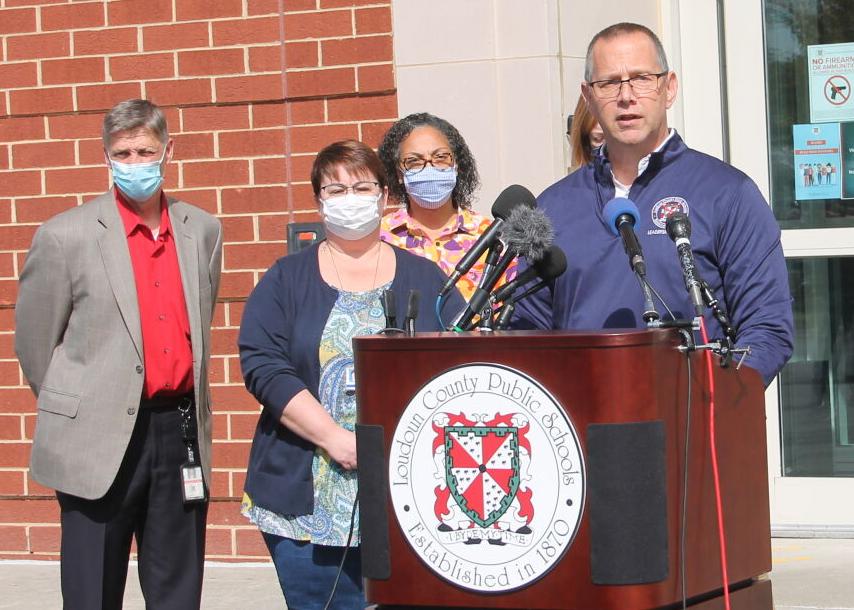 Loudoun County Public Schools superintendent Scott Ziegler notified school board members about an alleged sexual assault — which was not made public until October — on May 28, the same day it was first reported at Stone Bridge High School in Ashburn, according to an LCPS statement released Thursday evening.

"Board members are regularly informed about major incidents that happen in our schools," an LCPS spokesperson wrote in the statement. "In this case, the superintendent sent an email message to the board on Friday, May 28." The statement includes Ziegler's email from that day.

In the May 28 email, Ziegler wrote to school board members, "This afternoon a female student alleged that a male student sexually assaulted her in the restroom" at Stone Bridge.

He goes on to say in that initial email that the Loudoun County Sheriff's Office was investigating the incident. The victim's parent came to the school and "caused a disruption by using threatening and profane language that was overheard by staff and students," Ziegler wrote.

Additional law enforcement personnel responded to the school to assist with the parent, and the alleged victim was being tended to by sheriff's office staff, according to the email.

"As LCSO is investigating both incidents, further updates may not be available," Ziegler said at the end of the message.

Ian Prior, executive director of the activist group Fight for Schools, told the Times-Mirror in a text message, “This is an appalling dereliction of duty by Superintendent Ziegler and the Loudoun County School Board.”

“They put politics over the safety of our children,” Prior said. “Superintendent Ziegler needs to be immediately fired. And every school board member that knew about this and said nothing to contradict Ziegler's lies needs to immediately resign, regardless of political party."

Leesburg District school board representative Beth Barts — who announced her resignation from the board on Oct. 15 — wrote on social media, “The school board had made it clear to Dr. Ziegler that we wanted to be alerted to serious incidents in our schools when we hired him as the Interim Superintendent.

“Per our request he would send the board as much information as he could without sharing private student information,” she said. “Every single board member received this email. Every single one.”

In response to the public outcry following reports in the press of the May 28 assault, Ziegler held a press conference Friday, Oct. 15 outside the LCPS Administration Building to address the controversy.

He acknowledged deficiencies in the school district's response to the May 28 sexual assault — as well as a second alleged incident reported at Broad Run High School in Ashburn on Oct. 6, which was confirmed to involve the same suspect — during his remarks.

Ziegler also urged modifications to Title IX investigations that he said would allow school officials to immediately separate students suspected of crimes such as the two sexual assaults from the rest of the student body.

The superintendent has been under fire for a June 22 exchange between school board members during which, when asked by Barts if there had been any sexual assaults in school bathrooms, he replied, "no."

Ziegler said during his remarks on Oct. 15 that he wrongly interpreted Barts’ question as pertaining to transgender and gender-fluid students, since the school board was debating Policy 8040 at the time, which among other provisions allows transgender students to use school bathrooms corresponding to their consistently asserted gender identity.

He said during the same press conference that school board Chair Brenda Sheridan asked a follow-up question during the June 22 board meeting, specifically about incidents involving transgender students. Ziegler said he responded in the same manner.

“I regret my comments were misleading and I apologize for the distress that error caused families,” he said on Oct. 15. “I should have asked Board Member Barts clarifying questions to get to the root of her question, rather than assuming what she meant. I will do better in the future.”

Members of the Loudoun community have voiced outrage that the public was not made aware of the May 28 sexual assault, especially after Commonwealth's Attorney Buta Biberaj (D) confirmed to media outlets on Oct. 13 that the same suspect was involved in the sexual assault at Broad Run High School on Oct. 6.

Just after the May 28 incident became public, several Loudoun residents offered public comments during an Oct. 12 school board meeting, calling for resignations from Ziegler and board members whom they said failed to protect vulnerable students from this same suspect.

After Thursday’s announcement from LCPS about the timing of Ziegler’s notification to school board members, Prior continued his sharp criticism of the superintendent.

“Scott Ziegler has shown multiple times that he is allergic to the truth,” he said later on Oct. 15. “There will be no trust for this school system as long as he is superintendent.”

Barts backed up Ziegler in her Thursday Facebook post, adding “If I wanted to cover something up….why would I have asked the question? The Superintendent has explained why he answered the way he did. I believe him.”

A spokesperson for LCPS said in Thursday’s announcement that, “As LCPS has stated, the School Board was not provided specific details or the names of those involved, and were advised by Dr. Ziegler that they would not receive updates regarding this matter, as it was being investigated by the Loudoun County Sheriff’s Office.

“The School Board had not been provided any specific information regarding this matter from LCPS staff prior to the June 22, 2021 meeting or at any point thereafter until the recent news reports were published,” according to the school district.

What is to stop Barts from withdrawing her resignation on November 2nd? Has the School Board accepted her letter? Is the search under way to find her replacement? She resigned on facebook, means nothing. Hopefully she will be in court on Monday and the case will proceed.

Ziegler lied, the school board had secret meeting, tar and feathers is to good for them!

Mr. Prior is correct.

Our School Superintendent, Dr. Scott Ziegler, was indeed aware of the details of the May 28th sexual assault when he spoke to the public at the June 22nd school board meeting where the topic of transgender policies, including access to bathrooms and locker rooms, was being discussed.

At the meeting, Dr. Ziegler, lied to the public.

Dr. Ziegler needs to resign now. And so does any school board member that knew about the incidents and knew that Dr. Ziegler was not speaking the truth.

By lying to the public on such an important issue they have irreparably broken trust with the community. Parents of students and the community-at-large will not be able to focus on every-day public school issues until new leadership is installed.

If Dr. Ziegler really cares about students, then he would resign. His presence, and the presence of school board members lacking the courage to stand up for truth, are harmful to our children and our community.

This is ridiculous. The School Board and LCPS had their hands tied by existing policies that prevent them from taking action until the Sheriff's Office has completed its investigation. Why aren't you attacking the Sheriff's Office for failure to notify the public? Because you have a political agenda regarding our public schools and don't care what the facts are.

sad that some would defend or excuse the indefensible and inexcusable . Those excusing Ziegler are enabling him through all of this disgraceful management and share the blame. The facts are clear. Ziegler lied when he said he didn't know about any bathroom assaults. That is not in dispute by anyone who wants to be taken seriously. Thank heaven it wasn't your child. This time.