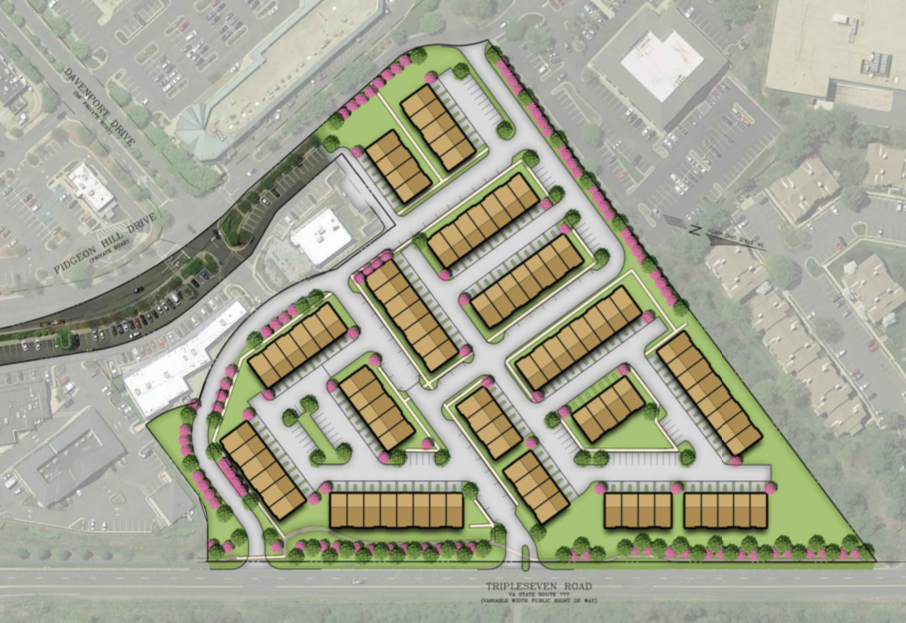 Sterling Meadow LLC is proposing to construct a housing development in place of the CountrySide Regal Cinema, which was built in 1996. 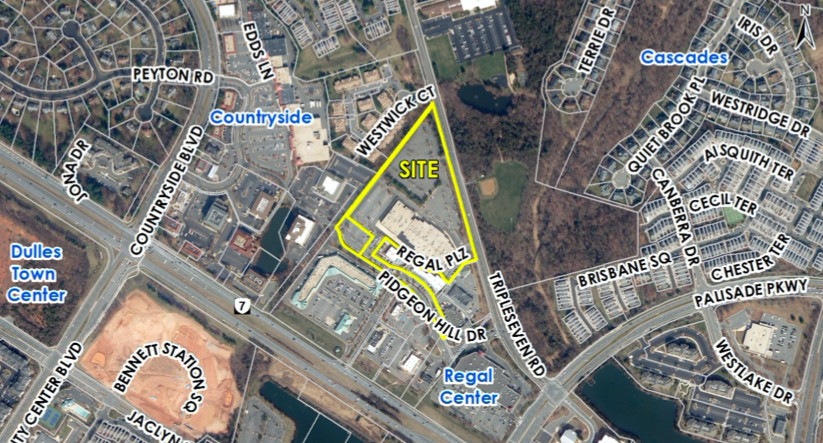 Aerial map of the Sterling Meadow LLC project in Sterling.

Sterling Meadow LLC is proposing to construct a housing development in place of the CountrySide Regal Cinema, which was built in 1996.

Aerial map of the Sterling Meadow LLC project in Sterling.

The Loudoun County Board of Supervisors has approved a redevelopment proposal for the CountrySide Regal Cinema complex.

The project calls for developing 166 stacked, multi-family residential units in place of the cinema built in 1996, according to county staff.

Algonkian Supervisor Juli Briskman (D) said the number of affordable dwelling units has been increased to 19.

The board voted 8-1 during its April 21 business meeting in favor of the proposal, with Leesburg Supervisor Kristen Umstattd (D) opposing the motion made by Briskman.

Umstattd said she didn’t think it was a good idea to convert land zoned for commercial to residential. She voiced concern with the proposal's impact on the school division and county tax rate.

“Even though certain proffers remain towards certain projects at the schools, those do not pay for the operational expenses every year of educating the additional children,” Umstattd said. “We love having them, but that does tend to put the existing kids at a disadvantage as it tends to overcrowd schools and it puts a strain on our tax rate.”

The 11-acre site is located between Route 7 and Tripleseven Road in Sterling.

In the months leading up to the hearing, residents expressed concern about the high-density development's impact on local schools and transportation.

Briskman, who represents residents in the area, told the Times-Mirror in March she’s happy to see something being done with the theater. She met with her constituents in February to discuss the item.

“I know folks get a little bit nervous about more housing coming in, but it's either that or a bunch of empty shopping centers, because in the Suburban Policy Area it's mixed-use that's going to be the best thing,” Briskman said. “We're so over retailed in Loudoun County. If we just leave that retail space open, it's not going to be thriving — and so I think developments like Sterling Meadow is going to bring people to hopefully help those businesses in the front side of CountrySide thrive and pick up a little bit more.”

Next Dulles town center will be leveled to make way for apartments and low income work force housing.

Soon, the entire shopping area will be closed down and made into apartments, townhomes. With BOS getting more kickbacks from developers. Watch how they change this from townhomes to condos to try and get even more people in this small area. Adding 100 more units.

Lets add houses to the transition area and call it climate change for the better.

Can they make it one of these now popular drive-ins

And after all is said and done we will raise your taxes to pat for this. 19 affordable houses does nothing for our bottom line and I for one do not want to pay to bring low income housing into a high density area that is packed already. This supervisors id what to the open space that was the golf course in Leesburg, how about the baseball park in One Loudoun, have you looked at all the trees being removed for Kincora and then listen to the dope from Algonkian talk about retail. When Umstadtt is your champion it just shows how far the rest of the supervisors have gone to sell out the constituents of Loudoun. How about those lovely's running Loudoun Soccer, also?

[thumbup] Elections have consequences! Briskman is determined to ruin our neighborhoods.