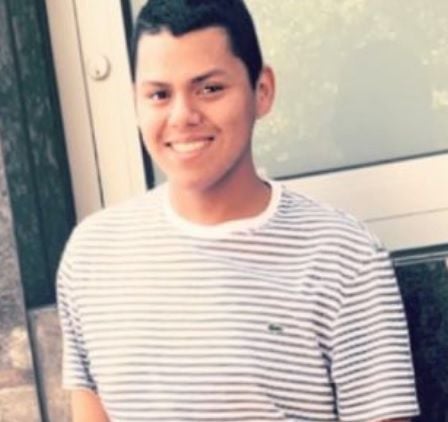 Two men have been charged in connection to the July 8 homicide of 24-year-old Jose I. Escobar Menendez in Sterling, according to the Loudoun County Sheriff’s Office.

Gavin C. Collins, 21, of Sterling, and Joshua M. Hunter, 22, of Woodbridge, are both facing charges of first degree murder, conspiracy to commit robbery and two counts of using a firearm while in the commission of a felony.

Authorities said Escobar Menendez, of Winchester, agreed to meet Collins in the area of Emerald Point Terrace early July 8. After both Collins and Hunter showed up, a dispute reportedly ended with the victim being shot and killed after the suspects attempted to rob him.

Both Collins and Hunter then reportedly left the area in the victim’s car. Escobar Menendez’s body was located in the roadway along Emerald Point Terrace near Winding Road around 3:30 a.m.

Per the LCSO, the victim’s vehicle was later recovered in Prince William County and a third suspect, Handy N. Colindrez, 24, of no fixed address, was arrested and charged with grand larceny — auto theft.

As of Wednesday afternoon, all three suspects were being held without bond at the Loudoun County Adult Detention Center. The investigation remains active, and additional charges are possible, authorities said.

A GoFundMe page established for Escobar Menendez’s funeral costs had raised more than $13,000 as of Wednesday afternoon.

Nice to see a couple or white guys in a mugshot. Wonder if there is now a quota?

I'm going to go out on a limb here and predict, based on the mug shots, that the guy in the center will be Queen for a Day and roll on everyone else. The detectives will probably have to hit him with a brick to shut him up.

Since she was only charge with auto theft, my guess is they tracked the car to her and she rolled on the other two. But we'll see who cops the first plea.

[crying] i met this dude once. it’s really sad to hear this news. i wasn’t close to him at all. if anything my girl showed me the article so i wouldn’t have known. just wanted to say that i hope the police department does a good job in bring justice for him. he is with our Lord and his fam and friends will see him on the last day at the resurrection. ♥️🙏🏾

Once again, are these fine upstanding folks in the US legally? Were they born here? If not they should be deported, assuming they ever get out of prison.

Why would the paper know? Do you think they were given that information?

The police release a public record. If they have not gotten the legal status of someone it will not be in their public or legal filings. Why would the police even ask for that info? It list all the charges that were filed against them and being here illegally is not listed

Will LTM post their citizenship status. We as a community deserve to know. LOL!

If they were brown that question would be all over the comments. Typical hypocrisy from the usual folks.

Sleezburg - Good point. I suggest they do it for everyone or no one. I only wish they were here illegally then we could send them back to their own country.

Most likely we are stuck with them and that is a shame.

It looks like they have opted for no one because they haven't done that for a long time.

Why do you say racist comments? Are you racist against whites? Consider your comment reported.

SLEEZBURG? Can you please post your race, color, religion, sexual desire (man or woman or both) and what color underwear you have on? Oh and your citizenship status. Don't we have a right to know as a community LOL!

How do you know if they even know it?

Wait, something is not right here. I thought the social workers were investigating crimes these days? Oh yeah, that is just plain nonsense. Good job to the POLICE!!

What county are you in?

Loudoun20164--No, they are not and would not, even under the police realignment ideas being circulated now. BTW, it is good job to the Sheriff's Office. It is offensive/insulting to call a Sheriff's Office a Police Department. It is the same as calling a Deputy Sheriff a Police Officer.

that guys face tattoos are on another level of trashyness. Hope they rot in prison.

Good work LCSO. That being said, I'm curious what happened to the earlier LTM report that this "may" have been an anti-gay hate crime, based on the speculation of a nameless self-proclaimed "friend" of the victim. That article had comments disabled, which was probably a good thing because it was so weakly sourced and didn't deserve a lot of discussion.

LTM was waaay out over their skis on that one.

I wonder if they ever feel any shame pushing their agenda 24x7?

LTM is a great local news source. Would you prefer the WaPo? That’s pretty much the only alternative that acts like it’s in fully operating

Obviously you're on-board with their bias, and that's perfectly within your rights.

But to call this rag a "great" anything is comical.

There are supposed to five W's. We rarely get more than two or three in an LTM story. That's a fact.

Circling back to this story... it's supposed to be covering a local murder, and the LTM editor tried to turn it into a sensationalized hate-crime scandal

Ace, then why are you here? You don't like it try another place. LTM was given info that it might be a hate crime just as the other news sites, washingtonblade, advocate, watermarkonline, winchesterstar, and metroweekly were and posted it just like they did.

The country is suffering from a huge shortage of hate crimes right now, so anything that can be loosely tied to anything that alleviates the need to continue faking hate crimes or destroying inanimate objects that "make people feel unsafe" would be wholly embraced by those that need this validation.

Ace10, although I believe your name is not a strong hand to hold, I agree with you 100% here. Colonel Frank E. Mason (LTM knows to whom I'm referring), must be rolling over in his grave now because of the agenda LTm pushes. It's not journalism at all.

Big thanks to LCSO for catching these hood rats.

Isn't that their job??

The “cut here” tattoo is so last year.

That was the question I had about this story. The reason for the meeting is very important- something tells me those guys weren't meeting to discuss their next book club choice.

Hopefully as they get the info they will pass it on.

Wow three winners. If this is true enjoy a long time in prison. I see two weddings in the boys future.