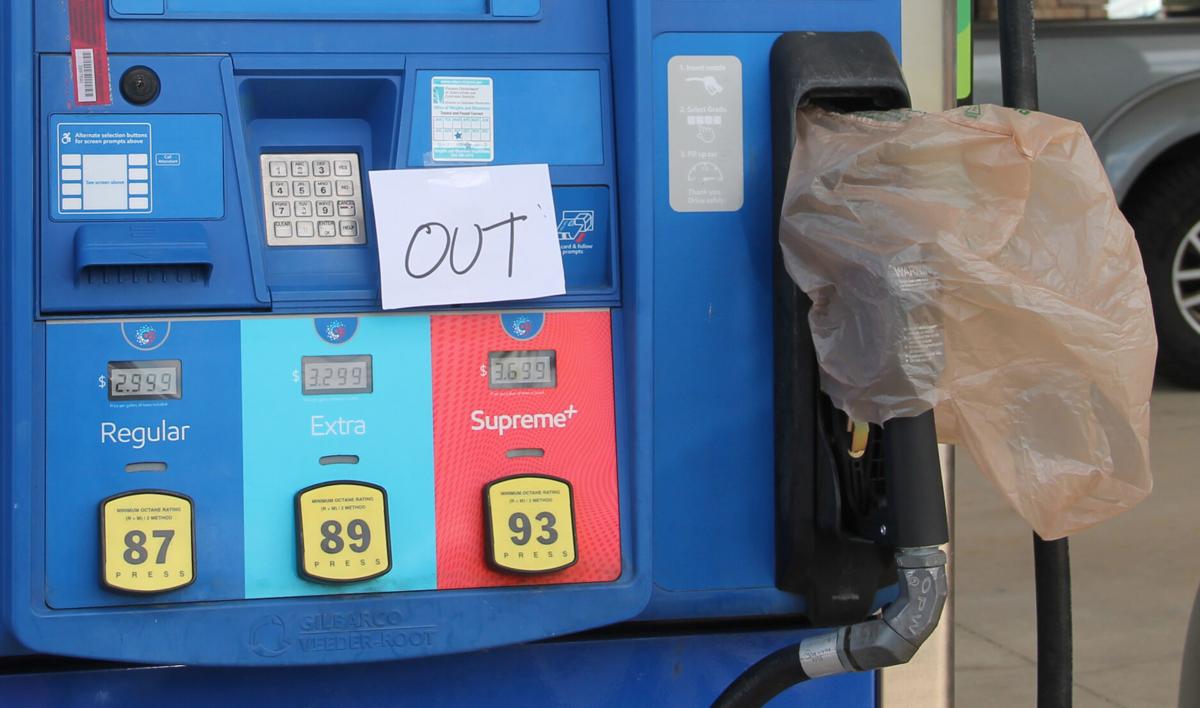 A 7 Eleven in Lovettsville, shown here Wednesday afternoon, was among those to run out of fuel after a flood of area drivers rushed to top off their tanks. 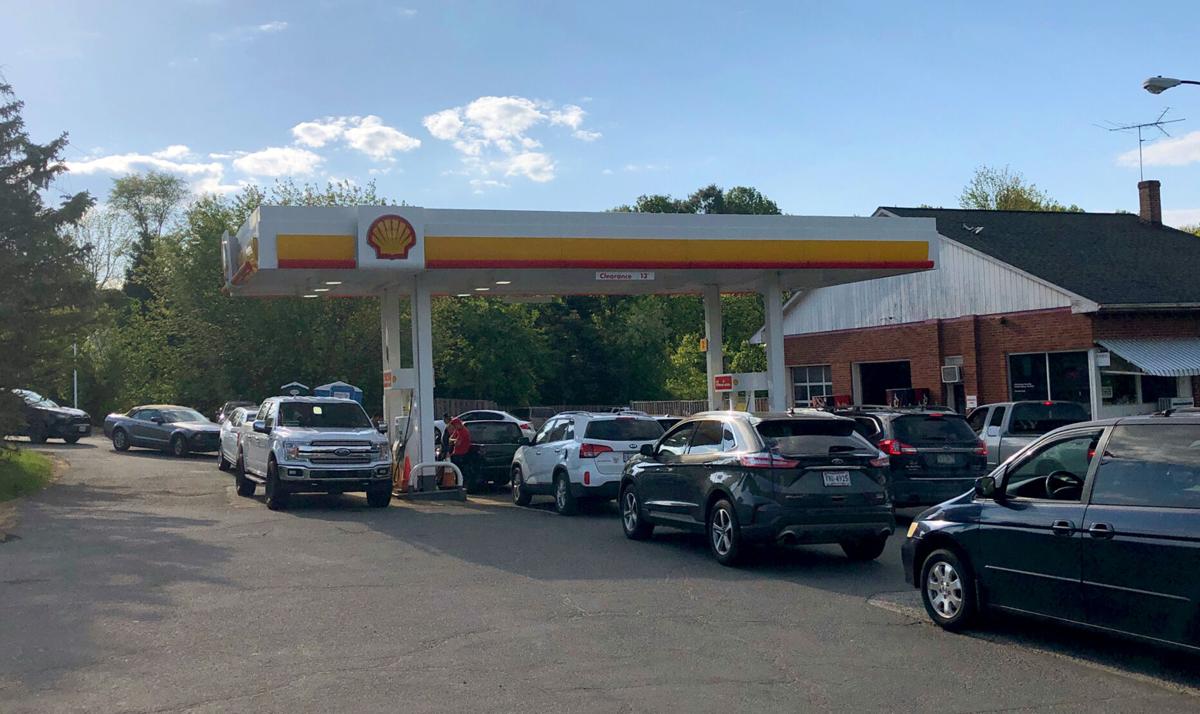 Drivers wait in line to fill their tanks at a Shell station in Paeonian Springs Tuesday evening.

Demand for fuel amid supply disruptions

A 7 Eleven in Lovettsville, shown here Wednesday afternoon, was among those to run out of fuel after a flood of area drivers rushed to top off their tanks.

Drivers wait in line to fill their tanks at a Shell station in Paeonian Springs Tuesday evening.

Demand for fuel amid supply disruptions

Fearing a gasoline shortage, drivers across northern Virginia headed to the pumps en masse Tuesday and Wednesday, finding some gas stations sold out and others with long lines.

County Administrator Tim Hemstreet, however, cited federal and state officials, saying at Tuesday’s finance committee meeting that any shortages at local stations is not emblematic of a broader supply problem.

“What we are hearing from the federal government as well as from state officials is that there is sufficient gas in the region, so people should not panic, go and fill their gas tank, somewhat akin to the toilet paper crisis we ran into at the beginning of the pandemic,” Hemstreet said.

As a result of people flocking to gas stations, Hemstreet said additional spot shortages popped up in areas because people are going to get gasoline when they may not need to.

The race to the gas pumps came after a ransomware cyberattack forced the temporary shutdown of the 5,500-mile Colonial Pipeline system, which is the primary fuel source for many Virginia retailers and which runs through northern Virginia, according to publicly available maps.

The White House announced on Tuesday night that a federal interagency response group has been established to monitor and ensure the continuing flow of fuel to affected communities.

A joint advisory from the FBI offered several recommendations to prevent business disruptions from a ransomware attack including “implementing robust network segmentation between IT and OT networks; regularly testing manual controls; and ensuring that backups are implemented, regularly tested, and isolated from network connections.”

Loudoun County officials are closely monitoring the situation, according to a Tuesday evening email from Glen Barbour, public affairs and communications officer for Loudoun County.

Barbour said in a prepared statement, “We recognize that it is possible that some residents of Loudoun County may experience an inconvenience as some retail gas stations may be impacted by delays in the delivery of gasoline due to the cyberattack.”

“Unfortunately, there is little the county government can do to replenish gasoline supplies at retail gas stations,” he said.

Multiple drivers and residents across the county reported some gas stations running low on or running out of gasoline by early Tuesday evening.

Barbour said while some gas stations may experience temporary shortages, based on the information the county has at this point, the impact is expected to last a matter of days and will likely be resolved within a week.

With the shutdown being a temporary issue, Beth Erickson, President and CEO of Visit Loudoun, said the marketing organization does not believe the current situation will have a long-term impact on tourism.

“The good news is that visitors from the greater Washington, D.C. metro region who come to Loudoun for a weekend getaway or to shop, dine and enjoy our craft beverages can reach us in just under two gallons, which makes it worth the drive,” she said in an email to the Times-Mirror.

Barbour said Loudoun has taken steps to ensure the continuity of government operations by ensuring an adequate fuel supply including for emergency services.

Kraig Troxell, spokesperson with the Loudoun County Sheriff’s Office, said the office does not anticipate any disruptions to its service and is working with the county’s general services department to address any fuel needs.

Loudoun County is authorized by the Code of Virginia 59.1-527 — Virginia Post-Disaster Anti-Price Gouging Act — to investigate any incidents of price gouging, Barbour said. Incidents of price gouging may be reported to the Office of the Attorney General through its consumer protection website, by emailing consumer@oag.state.va.us or calling (800) 552-9963.

On Tuesday, the U.S. Environmental Protection Agency issued an emergency fuel waiver to help alleviate fuel shortages in Virginia and other states whose supply of reformulated gasoline has been impacted by the pipeline shutdown. The EPA waiver will continue through May 18.

While the EPA has issued a temporary fuel transportation waiver to increase the supply of gasoline, the governor’s emergency declaration allows state agencies to issue their own waivers as required by the state.

Earlier Tuesday, Gov. Ralph Northam (D) declared a state of emergency in a bid to address supply disruptions throughout the commonwealth.

“This emergency declaration will help the commonwealth prepare for any potential supply shortages and ensure Virginia motorists have access to fuel as we respond to this evolving situation,” Northam said in a prepared statement.

Three out of the four station I went to this morning were out of gas!