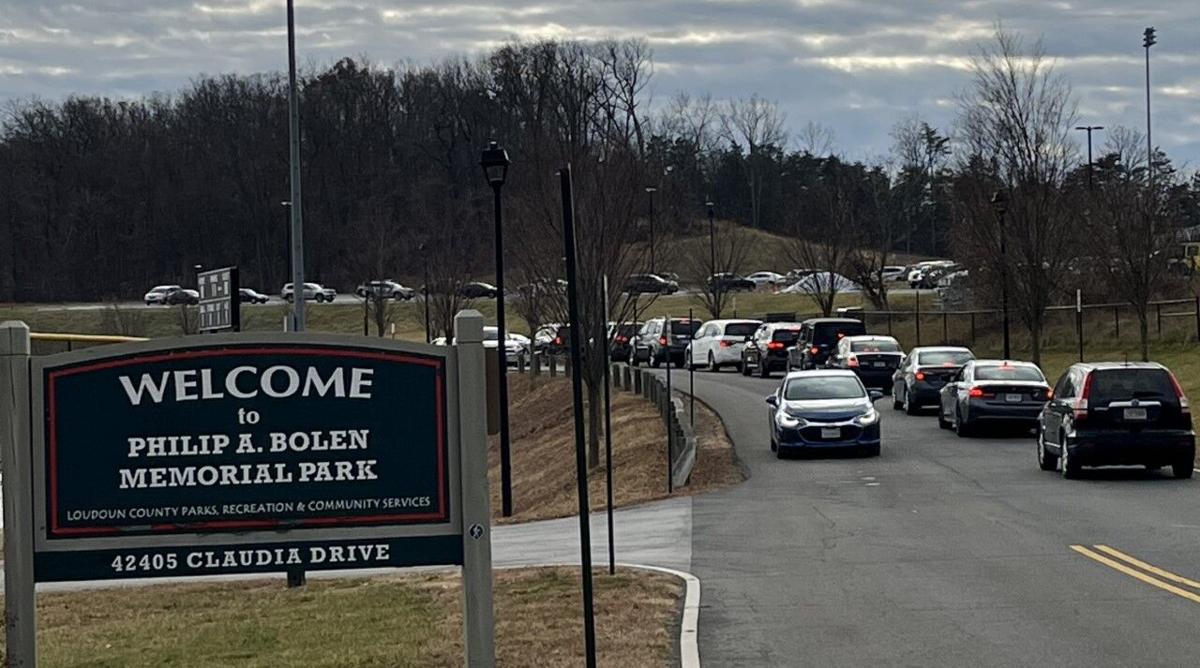 A line of traffic is shown leading into Philip A. Bolen Memorial Park in Leesburg during a COVID-19 testing event Tuesday morning. The county-run event closed early after reaching capacity, according to a Loudoun County press release. 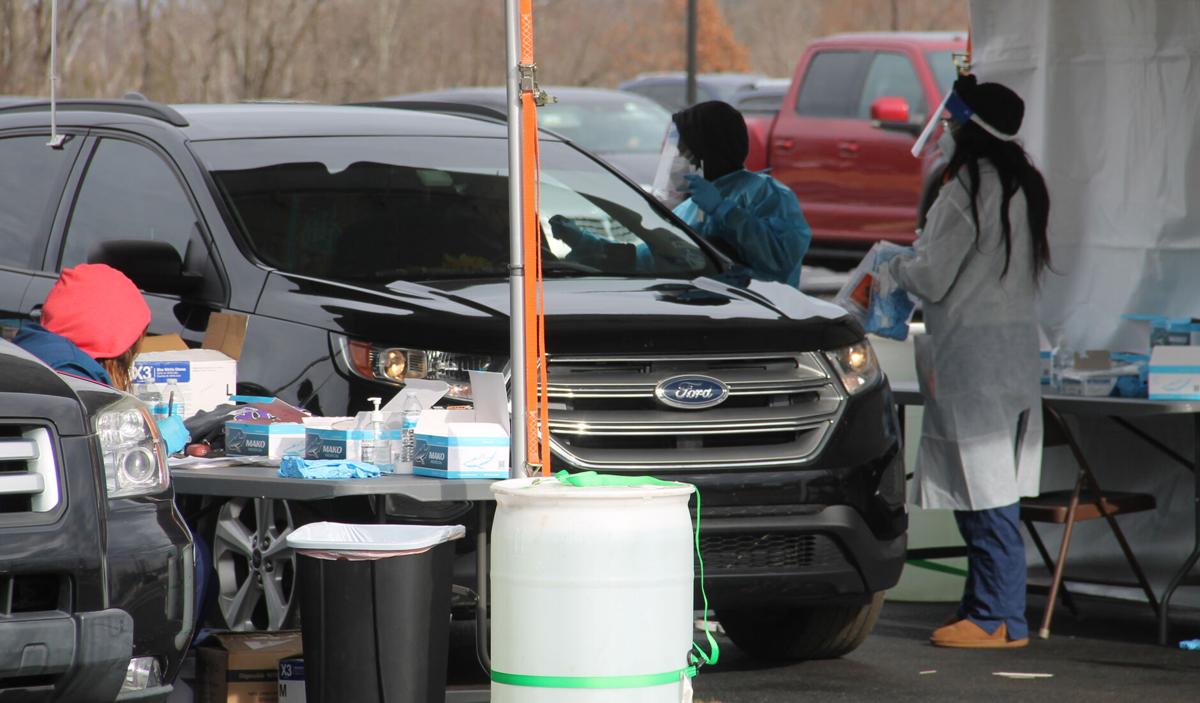 Medical personnel administer COVID-19 tests during a drive-thru event Tuesday at Philip A. Bolen Memorial Park in Leesburg. The event was closed early amid a massive turnout from those seeking to be tested for COVID-19.

Less than an hour after its scheduled opening time, Loudoun County’s COVID-19 testing site at the Philip A. Bolen Memorial Park in Leesburg closed after reaching capacity, according to a Tuesday morning announcement from county officials.

The Bolen park testing event, originally scheduled to begin at 10 a.m. opened early at approximately 8:45 a.m. to relieve traffic congestion on Sycolin Road, according to Loudoun’s deputy public affairs and communications officer, Mary Frances Forcier. By the time the site closed to new arrivals at 10:15 a.m., there were approximately 1,000 cars waiting to obtain a test, she wrote in an email to the Times-Mirror.

After a surge of infections in Loudoun and the rest of the state, the county announced Monday that two testing events would be held per week, beginning with Bolen park this Tuesday, Dec. 28 and Thursday, Dec. 30. In Tuesday’s statement, the county said testing would be scheduled at the park from 10 a.m. to 1 p.m. that day.

Loudoun County Health Department Director Dr. David Goodfriend said via email that although county officials expected an increased number of people wanting to get tested, demand for the tests “outstripped the ability of the venue and the vendor to provide tests in a timely fashion so the line was cut off” on Tuesday morning.

Loudoun obtains its COVID-19 tests from a private vendor, MAKO Medical Laboratories, he added. Officials will be meeting with the vendor to see how much MAKO will be able to increase its maximum testing capacity for Thursday’s scheduled testing event.

Goodfriend said the county still faces challenges in obtaining take home tests due to the rapid increase in demand this holiday season. “Our hope if that availability will improve in the coming weeks, along with opportunities for the county to distribute take home tests later in January,” he said.

Goodfriend also said early Tuesday afternoon that he was verifying the number of tests that were available on at the park on Tuesday morning.

Tom Holecek of Ashburn told the Times-Mirror on Tuesday that he came to the testing event, “because my son was exposed and I am planning to travel next week and want to make sure we are safe.”

Sandra Toro of Charlotte, North Carolina said at the testing event that while visiting family in Loudoun, she was exposed to the virus so she hoped to get tested to be safe.

"There is still a challenge in obtaining take home tests due to this rapid increase in demand," Goodfriend said. "Our hope if that availability will improve in the coming weeks, along with opportunities for the county to distribute take home tests later in January."

After a brief decline in new positive cases following the record-setting 605 cases reported on Christmas Eve, the Viginia Department of Health reported that Loudoun recorded 515 new cases. The 7-day rolling average of daily new cases per 100,000 population continued its upward trend, increasing from 100.6 cases to 106.6.

The next COVID-19 testing event is scheduled at Bolen park from 10 a.m. to 1 p.m. on Thursday, according to the county’s statement.

Notice the planning behinds this and we elected these people shame on us.