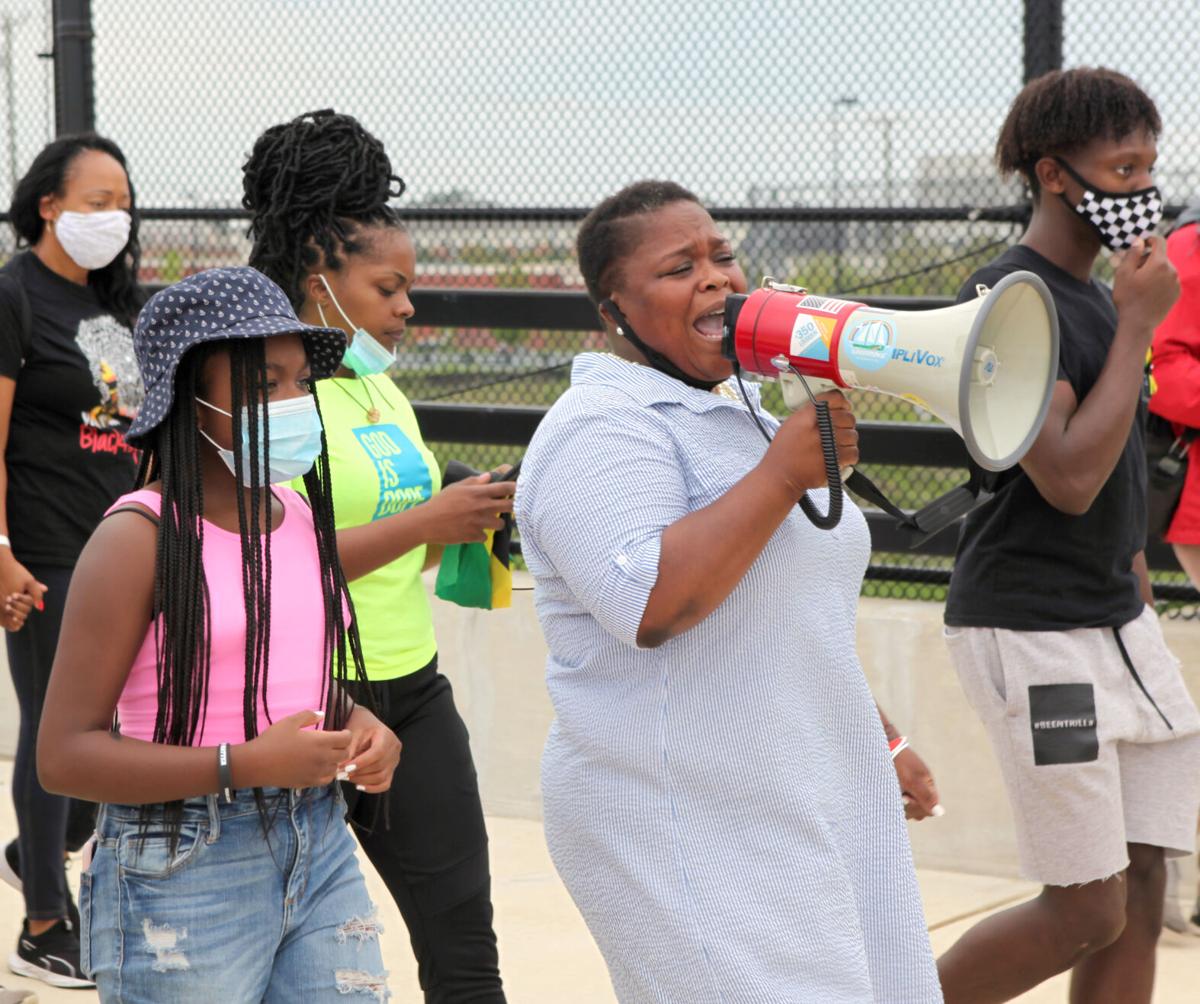 Michelle Thomas chants with supporters at the Justice 4 Fitz March & Rally on Aug. 15. 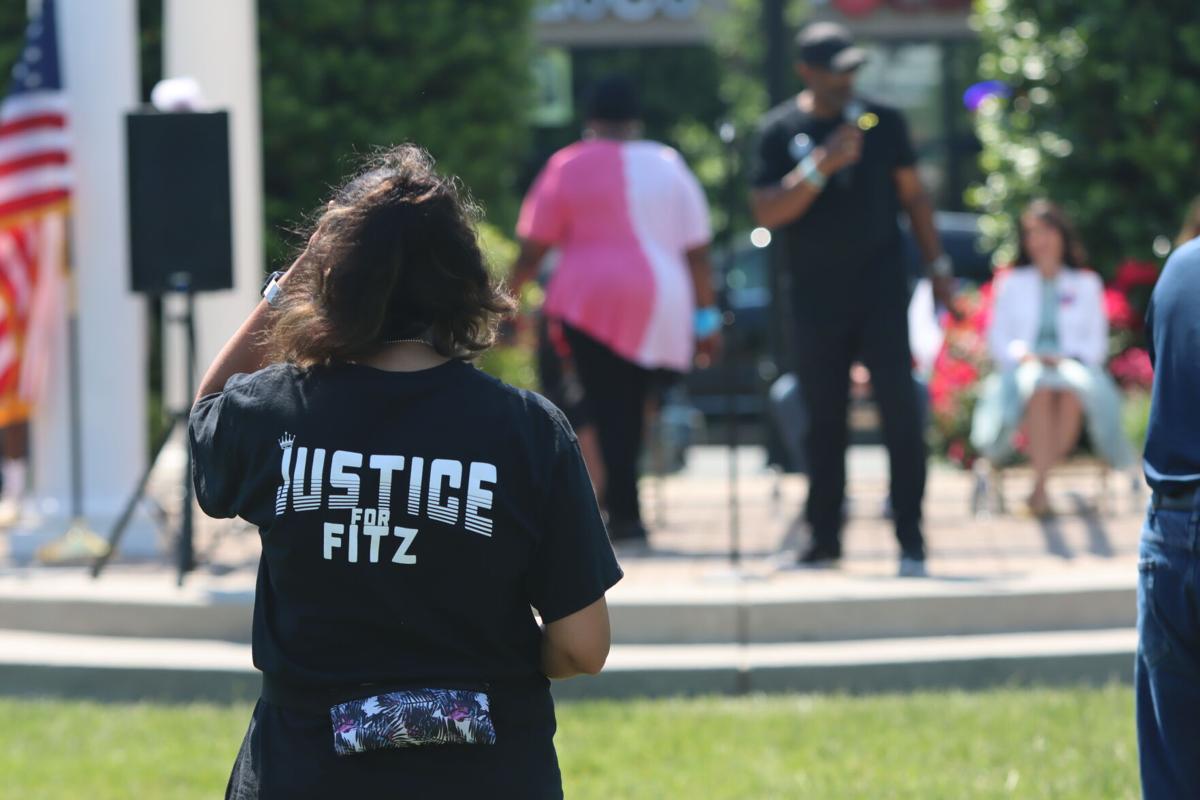 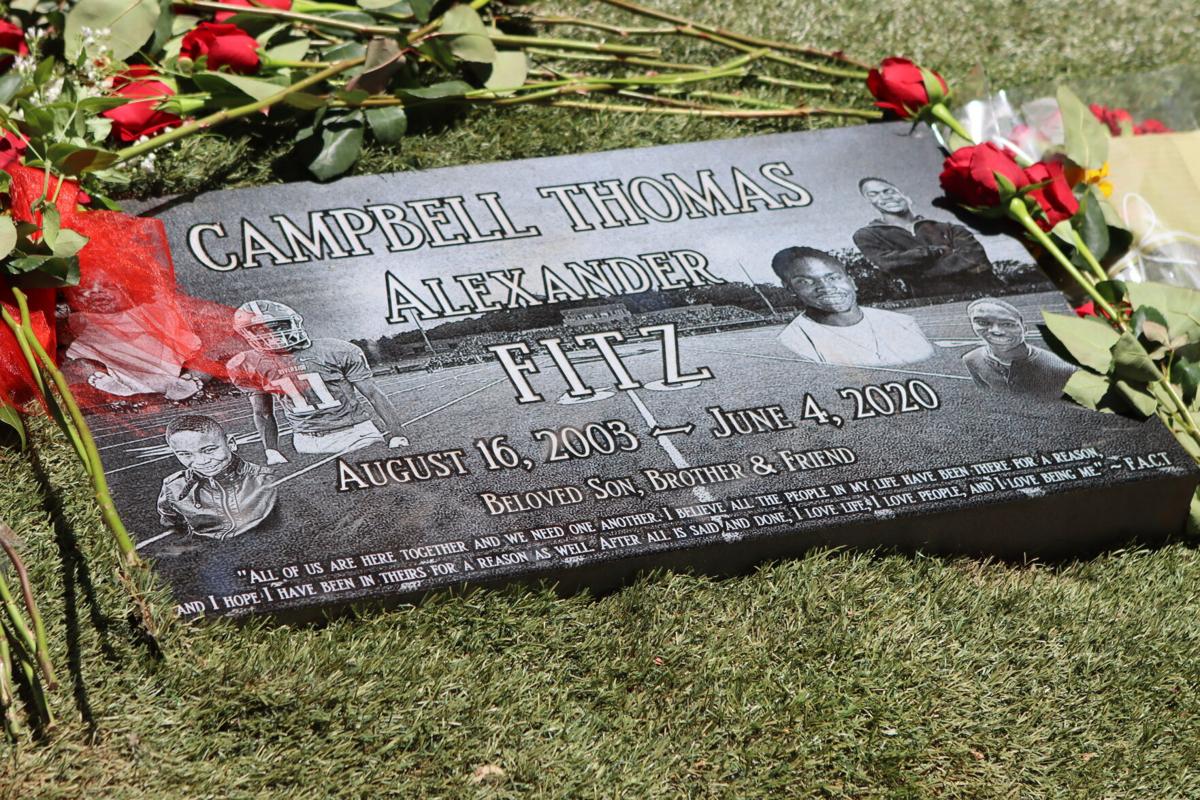 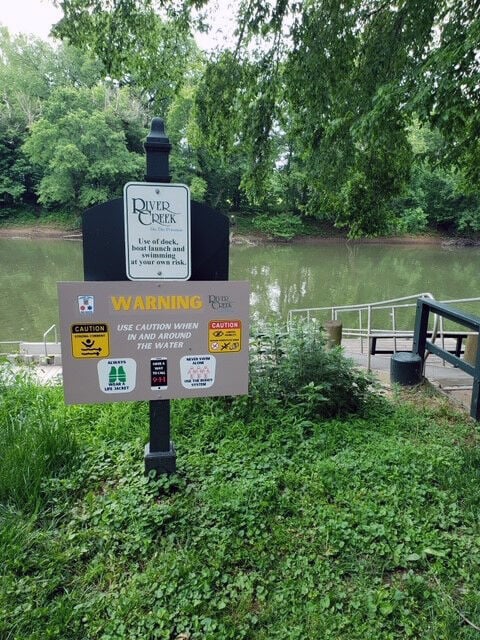 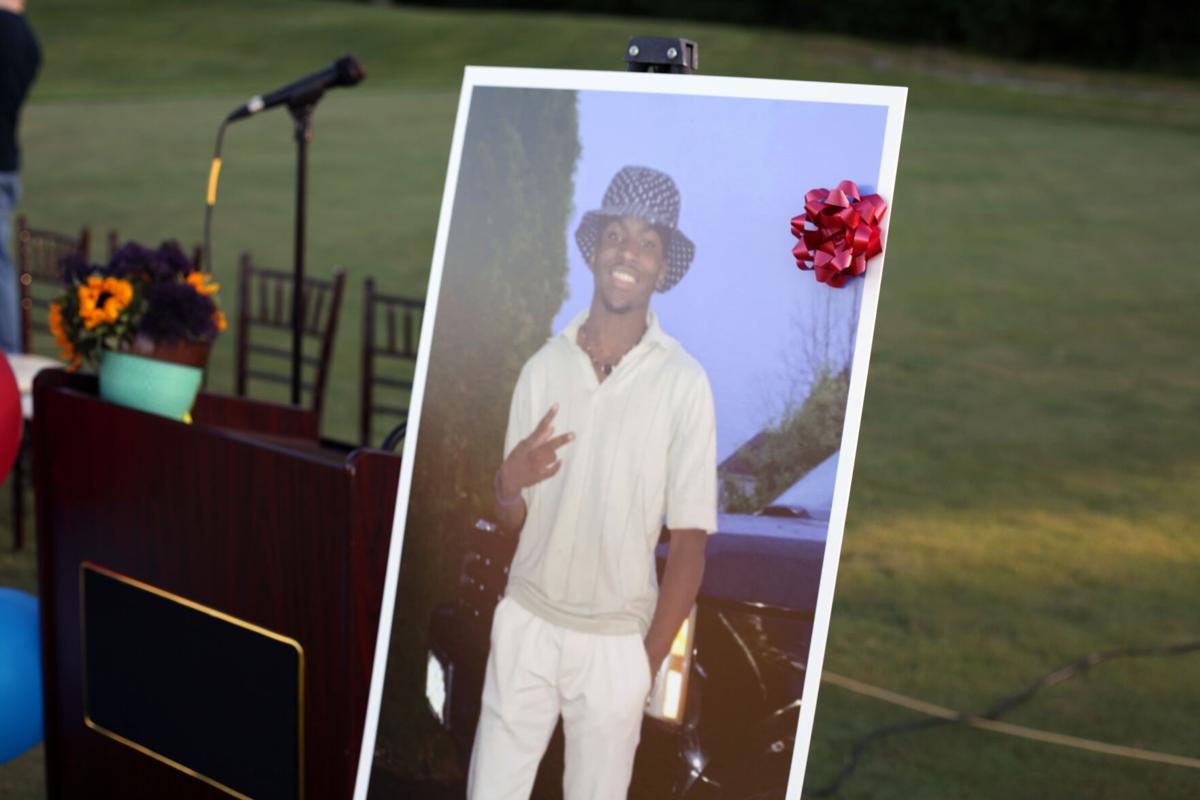 Michelle Thomas chants with supporters at the Justice 4 Fitz March & Rally on Aug. 15.

In an earlier version of this story, a spokesperson from Montgomery County said in an email to the Times-Mirror they will check on the status of the county switching to the Emergency Service IP Network (ESINet) and respond Tuesday after the federal holiday.

On Tuesday the spokesperson said the county is conducting testing on the network this month with the goal of transiting to it in a few weeks.

The mother of a teenager who drowned last summer claimed on Friday that her son was still living when emergency services responded late to his drowning during a press conference outside the Loudoun County Government Center.

Michelle Thomas, a local pastor and mother to the late Fitz Alexander Campbell-Thomas, pointed to medical records and an autopsy report that indicate he was pronounced dead at a local hospital at 8:04 p.m. She criticized Loudoun County government for its handling of the drowning, its policy changes in the wake of the drowning, and accused its leadership of spreading false information that her son was dead when he came out of a local tributary to the Potomac River.

“That couldn’t be further from the truth, it has not been substantiated in the medical records or the autopsy,” Thomas said.

“The autopsy and the medical records show that Fitzy died at 8:04, end of story” she said. “In other words, if the county had got there in time, Fitz would still be here now and this would not be an issue.”

Since last year’s drowning, the case has made its way from a park in a gated community in Loudoun County to the government center in Leesburg and had a ripple effect across jurisdictions and the commonwealth, with leaders making policy and operation changes and recommendations.

On June 5, 2020, Fitz Alexander Campbell-Thomas drowned in the area of Confluence Park in the River Creek Community following a delayed response by first responders. Campbell-Thomas was pronounced dead at a nearby hospital.

Campbell-Thomas was believed to have been in the water for approximately five minutes before friends noticed he was missing, according to a transcript of one of the multiple 9-1-1 calls documented in the Perdido Bay Terrace Significant Incident Review, issued several months after the tragedy.

Thomas provided a copy of the county’s “Expectations and Perdido Bay Recommendations” indicating 10 of the 42 tasks were marked as completed, according to the spring update.

However, a July updated list from the county stated showed that 17 were completed.

Thomas, who is also president of the NAACP Loudoun Branch, questioned the items marked as completed, saying the county audited itself and that they “do not strike at the heart of change.”

“Every single one of these tasks needs to be scrutinized,” Thomas said.

For the past 15 months, she and her family argue that communication failures led to the teenager being denied the opportunity to receive emergency support in a timely manner. One of the failures included the combined fire and rescue system’s inability to locate the victim.

Board of Supervisors Chairwoman Phyllis Randall (D-At Large), who spoke with the Times-Mirror after the press conference, said the board empathizes with Thomas after the loss of her son. She also said the board and the combined fire and rescue system also stand by the family.

As for Thomas’ remarks, Randall was upset by the claim that the county has not been transparent and has been blaming the victim. She disagreed with both claims.

“Every single meeting, every single thing we’ve done on this case has been on the dais, every single word with the exception of when we went into closed session one time,” Randall said.

She said the closed session matter was to discuss a monetary request by Thomas.

“That is the only time we’ve ever been in the closed session about this,” Randall said. “Otherwise, everything has been on the dais and in emails … so the idea that we haven’t been transparent also just not true.”

In response to the delay caused by the misrouted calls for help, Loudoun County EMS officials made a change to policy, directing 9-1-1 operators to dispatch Loudoun units to any incident on waterways adjoining neighboring jurisdictions, regardless of jurisdictional responsibility.

Under the previous directive, Loudoun would redirect all calls for service for emergencies on the river made from the Virginia side to Montgomery County, since the Potomac River falls within Maryland’s jurisdiction, according to Laura Rinehart, public information officer for Loudoun County Combined Fire and Rescue System.

The policy change has helped with a number of water rescues during heavy rainfalls, Rinehart said.

Randall said additional staff and training has also been added to the fire and rescue system.

“We have done every single thing that was suggested,” Randall said.

The press conference comes a day after attorneys from Loudoun County and the Thomas family failed to agree on a decision for both parties to hire an additional medical examiner to review all of the medical records, the Times-Mirror confirmed with both groups.

In May, the legal team representing the Thomas family submitted a letter to the Office of the County Attorney detailing the family’s charges that the county bears responsibility for the June death.

Since then, the two parties have been in discussion.

Regionally, the fire chiefs committee under the Metropolitan Washington Council of Governments updated its training, and communication and operation procedures outlined in Upper Potomac River Rescue, Assistance, and Emergency Incident Response Plan to “focus on providing the closest appropriate resources to the needs of the potential victim(s) in distress.”

The Upper Potomac River includes the non-tidal portion of the Potomac River within the reaches of the COG region, north of Little Falls to the boundary of Frederick County and Washington County, Maryland around Weverton Cliffs.

In the months following Thomas-Campbell’s death, Dels. David Reid (D-32nd) and Roslyn Tyler (D-75th) introduced legislation that resulted in the establishment of an E911 Border Response Workgroup. The group provided recommendations to the governor, which include improving wireless 9-1-1 location accuracy and forming a Next Generation 9-1-1 Leadership Commission.

Additionally, the workgroup also recommended the creation of a cross-border 9-1-1 call processing best-practices guide to support the implementation of new policies in the commonwealth, as well as address telecommunicator compensation, reclassification, recruitment, training, and retention.

Thomas is a member of the workgroup.

Additionally, Thomas said the problem of emergency calls made in Loudoun near the Potomac River being routed to Montgomery County continue to persist.

Phillip Thompson, former president of the NAACP Loudoun Branch, told the Times-Mirror that he made a call when a cyclist fell in the area, but his call was routed to Montgomery County before being transferred to Loudoun.

“We’ve got a dead boy and the issue still exists,” Thomas said.

“Why? Because Loudoun County isn’t doing enough,” she said. “Loudoun County has not responded enough. They are not being transparent enough.”

Randall said to avoid emergency calls being routed to other jurisdictions, localities are urged to switch to the Emergency Service IP Network (ESINet). She said Loudoun took the necessary steps in August 2020 and frequently checks with Montgomery County on the matter.

A spokesperson from Montgomery County said in an email to the Times-Mirror that the county will test the EISNet this month with goal of transitioning to the network in a few weeks.

After Friday’s press conference, Thomas said Randall falsely claimed that her son was dead during a Board of Supervisors meeting last year. She directed the Times-Mirror to a recording of the board’s Sept. 1, 2020 business meeting.

At that meeting, Randall said, “Baby boy was dead already, we know that.”

Thomas said that was speculation and that the comment was inappropriate.

“Whatever was said on the dais that’s all immaterial,” Randall said in response to the charge.

“It can be determined if she will let someone look at the records,” she said. “That’s why we were offering that and that’s why I said whatever that independent expert says the county will go with. She’s blocking that.”

Thomas said her team declined to have another medical expert review the records because her team already has an expert.

She accused the county government of being dishonorable and of not being honest about the policy changes over the past 15 months.

Thomas said she has not heard back from Montgomery County after sending the county a settlement demand and notice of their intent to file a lawsuit, should the two parties not settle the matter.

The family is seeking a settlement that includes changes to policy and monetary damages.

Perdido Bay Recommendations as of July 2021