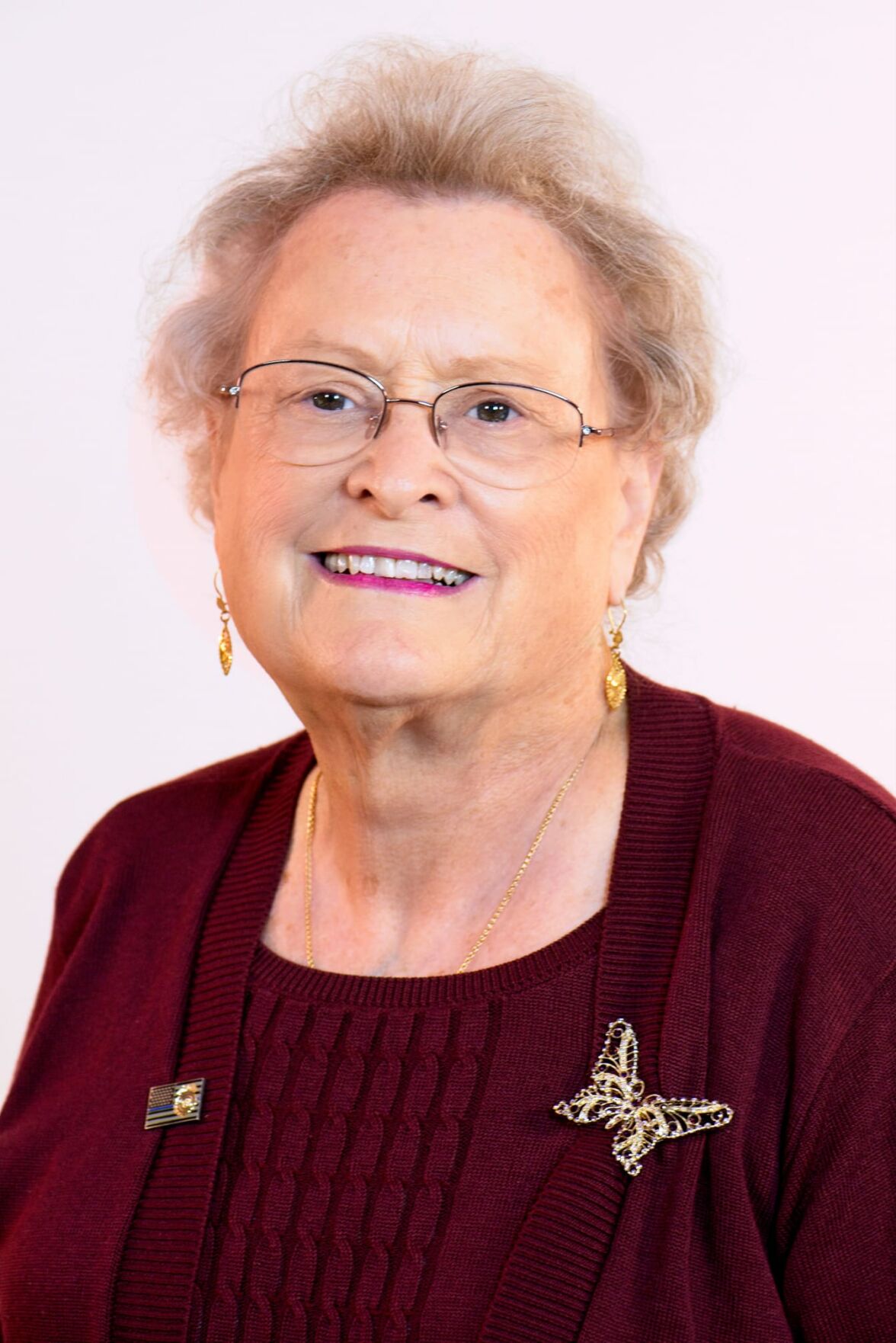 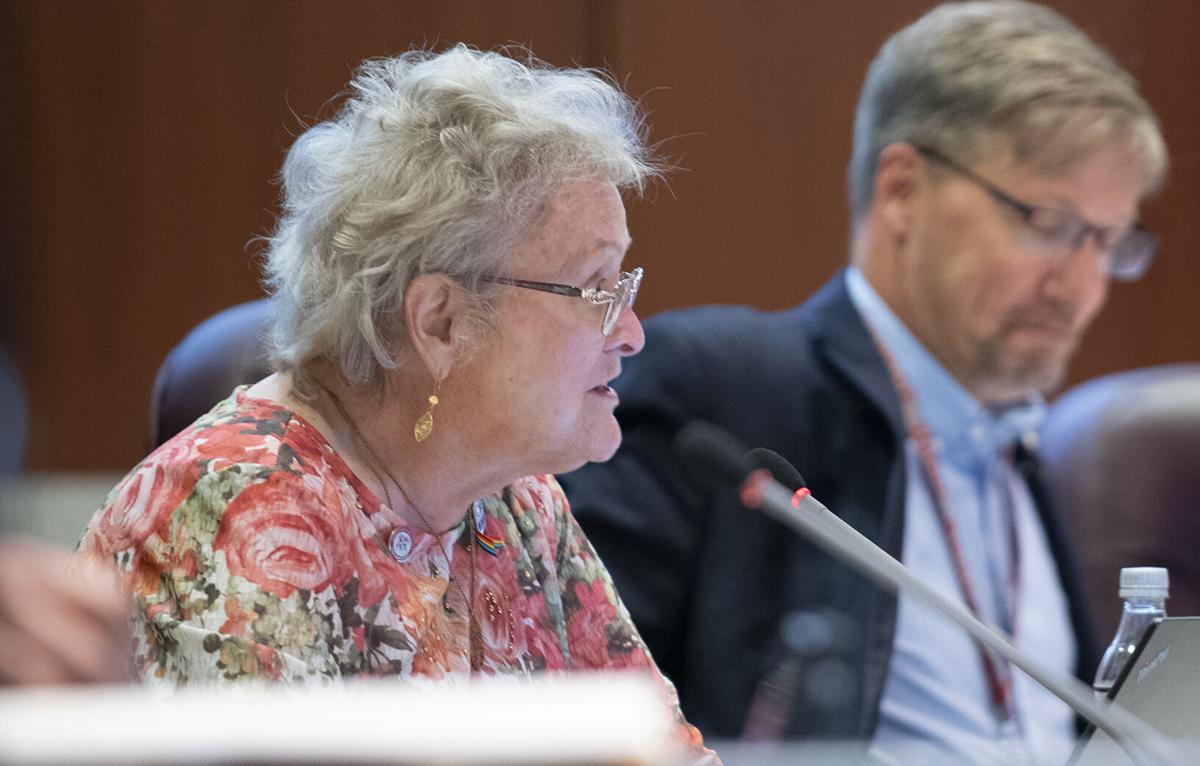 School Board member Leslee King (Broad Run District) is shown during a meeting on June 22, 2021.

School Board member Leslee King (Broad Run District) is shown during a meeting on June 22, 2021.

The cause of death was complications from heart surgery, according to School Board member Ian Serotkin (Blue Ridge District) statement on Facebook.

Shortly before her passing, King posted a message in July on Facebook to the graduating seniors.

“Don’t ever let anyone tell you you cannot do something because you persevered and made it through the worst health crisis our country has ever known,” King wrote.

“You have a fantastic future ahead of you,” she said.

In addition to chairing the finance and student services committees, King was a member of the equity and communication and outreach committees.

King was elected to the School Board on Nov. 5, 2019 receiving 61% of the vote. She was sworn in two months later along with School Board Chair Brenda Sheridan (At Large).

“Leslee was a dedicated board member and fierce advocate for every student,” Sheridan said in a prepared statement.

“She prepared, researched and spoke unapologetically to her positions,” she said. “Her support and friendship throughout this most difficult and challenging term was unwavering. I will miss my colleague and ally, and most importantly, my friend.”

According to King’s school board page, she was a native of the Richmond and Washington, D.C. area. King taught sixth, seventh and eighth grade and then moved west to support her husband’s career, according to her biography on LCPS’ website. She later returned to Virginia in 1986 and worked in technology, her page says.

King became an advanced systems engineer and software architect, with expertise in troubleshooting complex technical problems, according to the biography. “She would perform site assessments for companies and government agencies seeking continuous improvement.”

“As a school board member, Ms. King was a positive force for good,” Superintendent Scott Ziegler said in a prepared statement.

“Her voice for all children never wavered and she always spoke her mind in the kindest way possible,” he said. “I looked forward to her wit and wisdom at our meetings. She will be missed.”

Serotkin, in his statement, said “She cared deeply for all of our students and staff, and I will miss her greatly.”

He added that King was a “relentlessly positive person who never ran out of optimism, kindness, and stories about her children and grandchildren.”

The Loudoun County Democratic Committee called King “an unabashed advocate for education,” who “dedicated her life to improving the lives of students everywhere. Her work as a member of the Loudoun County School Board has made our public schools stronger, safer, and more inclusive for all.”

Equality Loudoun, a LGBTQ+ rights group, said in a statement Tuesday that King was, “an unrelenting advocate for LGBTQ+ rights and worked tirelessly to ensure that Loudoun County Public Schools were safe, inclusive, and strong educational institutions.”

Congresswoman Jennifer Wexton (D-Va.-10th) and members of the Loudoun County Board of Supervisors on Tuesday reacted to King’s passing on social media.

“My thoughts are with Leslee’s family, loved ones, and the entire LCPS community during this incredibly sad time,” Wexton said. “As an educator and School Board member, Leslee was a passionate advocate for all of Loudoun’s students and teachers. She will be dearly missed.”

Supervisor Sylvia Glass (D-Broad Run), who is also a teacher within the school system, said on Twitter she will miss King and was devasted by the news of her death.

“She and I were more than just colleagues representing Broad Run, we were dear friends who shared many wonderful memories,” Glass said.

“I will miss Leslee’s warmth, kindness, and tireless efforts on the School Board which ended too soon,” she said. “Leslee was a fierce leader for her constituents and a passionate advocate for our Loudoun County Public Schools students and staff.”

“A void will be felt on the School Board and among the residents of Broad Run without her presence. I send my condolences to Leslee’s family and mourn her loss with our community,” she added.

Board of Supervisors Chairwoman Phyllis Randall (At-Large) and Supervisor Juli Briskman (D-Algonkian) noted the importance of King’s work in the classroom.

“Ms. King was a person who deeply cared about our county, most especially our students,” Randall said on Facebook. “She was a former teacher who brought her love for the profession to her position on the School Board. Please join me in offering condolences to her family, colleagues and the entire LCPS community. RIP School Board member King.”

Briskman tweeted, “My heartfelt condolences to the family of Leslee King. She believed in the school board and worked hard on behalf of all of Loudoun County students. Leslee, you will be missed.”

According to the Code of Virginia 24.2-228, the School Board may appoint a qualified voter from that district to fill the seat within 45 days of the vacancy.

Richard Keech, deputy director for the Loudoun County Office of Elections and Voter Registration, said based on the Code of Virginia the special election would typically be held at the next scheduled November election in 2022, but the School Board could request another date should they so choose.

Sorry she died but had many bad decisions along with the rest of the school board.

Agreed. Given this school board and Brenda Sheridan is tone deaf to the citizens and parents of the Loudoun they will most likely fill her position with someone more radical and divisive than Beth Barts. If the school board had any decency they would fill it with someone middle of the road and call for a special election this November, but they won't.