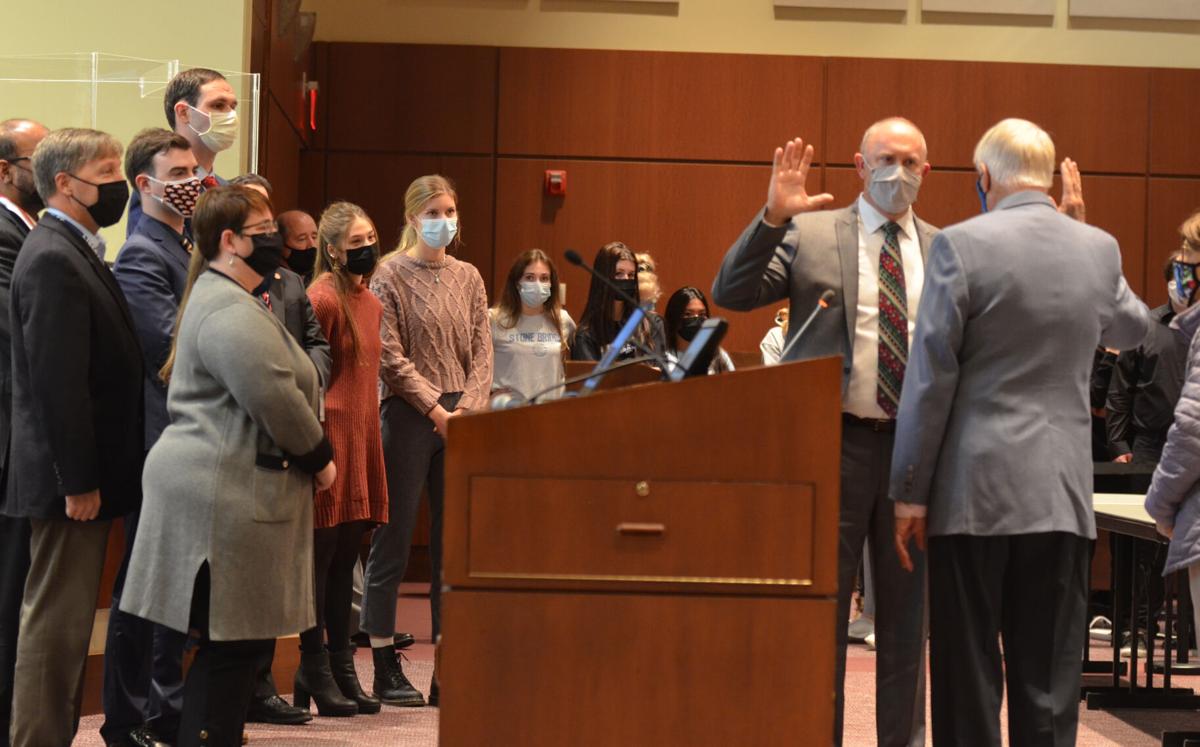 Newly-appointed school board member for the Leesburg District Tom Marshall raises his hand and takes the oath of office at the Loudoun County Public Schools Administration Building in Ashburn on Tuesday. 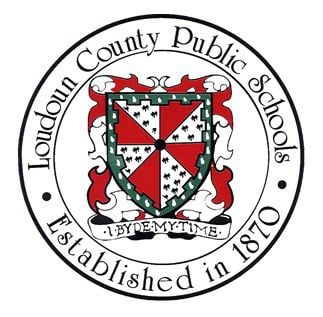 Newly-appointed school board member for the Leesburg District Tom Marshall raises his hand and takes the oath of office at the Loudoun County Public Schools Administration Building in Ashburn on Tuesday.

The Loudoun County School Board appointed former board member Tom Marshall to fill the seat representing the Leesburg District from a list of more than a dozen candidates, following the resignation of former embattled board member Beth Barts in early November.

Moments after his swearing in on Tuesday evening, Marshall told reporters the board appointed him to the Leesburg District seat “not because of anything in particular, other than I have a lot of experience and I’m a former educator.”

Marshall is a long-time educator who spent years as a teacher and school counselor, before serving on the Loudoun County School Board for eight years. During public hearings to select an appointee, he told board members that he would focus on bolstering parents’ confidence in the board’s governance if chosen to fill the seat.

The motion to appoint Marshall to the school board carried 7-1, with John Beatty (Catoctin) opposed. His appointment is scheduled to run through Dec. 31, 2022.

Beatty said in an email to the Times-Mirror that “Parents made it extremely clear they want partisanship out of education, and it would have been preferable to appoint someone with no partisan connections so that the county can heal after the past 20 months.”

Marshall admittedly has a reputation for progressive policy views, telling reporters after his swearing in that he considers himself more of a moderate Democrat: “I’m the Sen. [Joe] Manchin type, not the Sen. Bernie Sanders type.”

Despite that, Beatty said he looks forward “to working with Mr. Marshall to provide the best education for our children.”

The appointment puts an end to a vacancy on the school board that stemmed from months of threats against former Leesburg District board member Beth Barts. Barts told the Times-Mirror in late October that “there was nothing I could do to keep my family safe if someone wanted to follow through with their threats,” after having announced her impending resignation on Oct. 15.

In the days after Barts left office on Nov. 2, 16 residents of the Leesburg District came forward to be considered for the vacant seat. The field had narrowed down to 13 candidates by Monday, Dec. 6, when the school board held the first of two public hearings to select an appointee for the seat.

Despite his years of experience serving on the board, Marshall said that he had “never seen so much hostility toward the school board. It’s very unsettling.”

“It does make me want to make sure that we take a look at what the problems are and try to reengage the public,” he said.

Several speakers during the public comment portion of Tuesday’s meeting decried the school board’s appointment, arguing board members had moved forward with a partisan choice that would further alienate disgruntled Loudoun parents.

Austin Levine of the Broad Run District said of Marshall’s appointment, “Just what the equity and equality champions need — another old, white guy.”

Marshall said he was hurt by the immediate backlash, and that his critics have “already decided I’m not gonna be a good school board member just because I’m an old, white man. Which I am, of course.”

Sheridan did not immediately respond to a request for comment.

The returning school board member is the second appointee on the dais this academic year. Board member Andrew Hoyler (Broad Run) was appointed to his seat on Oct. 12, following the death of late member Leslee King in late August.

On Tuesday morning, the parents’ activist group Fight for Schools published a digital ad in which a narrator said there were many good choices to fill the Leesburg District seat, “but some would be more of the same divisive political activism in our schools” as footage of Marshall, School Board Chair Brenda Sheridan (Sterling) and two other candidates are shown in the background.

The ad urged viewers to “email your school board representative and tell them to vote no on political activists on the board.”

When you pay school board members the same wages as McDonald workers you get the same talent level on the board. If Marshall had run against Sisson in 7 of 8 districts her numbers would have defeated Marshalls number.

The Board of Supervisors publishes votes. Will the School Board be providing that information?