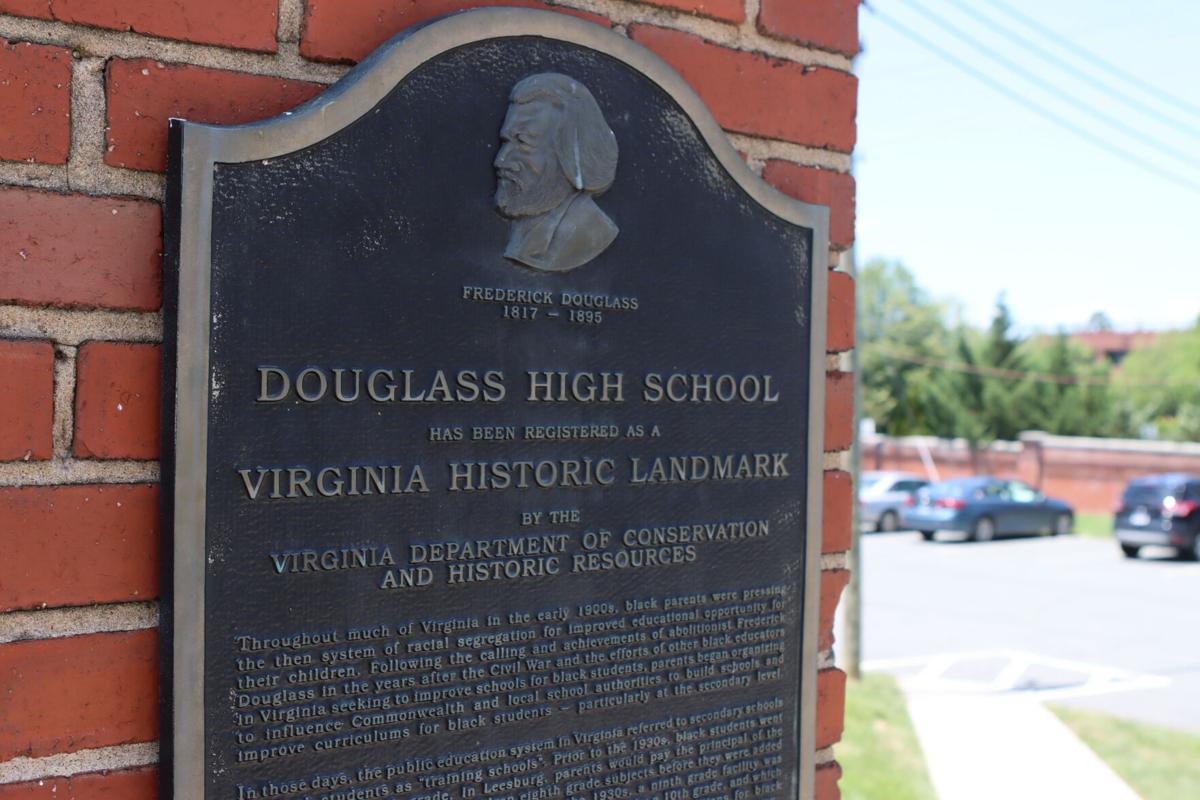 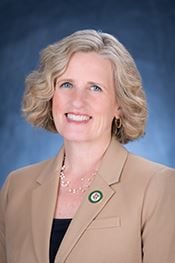 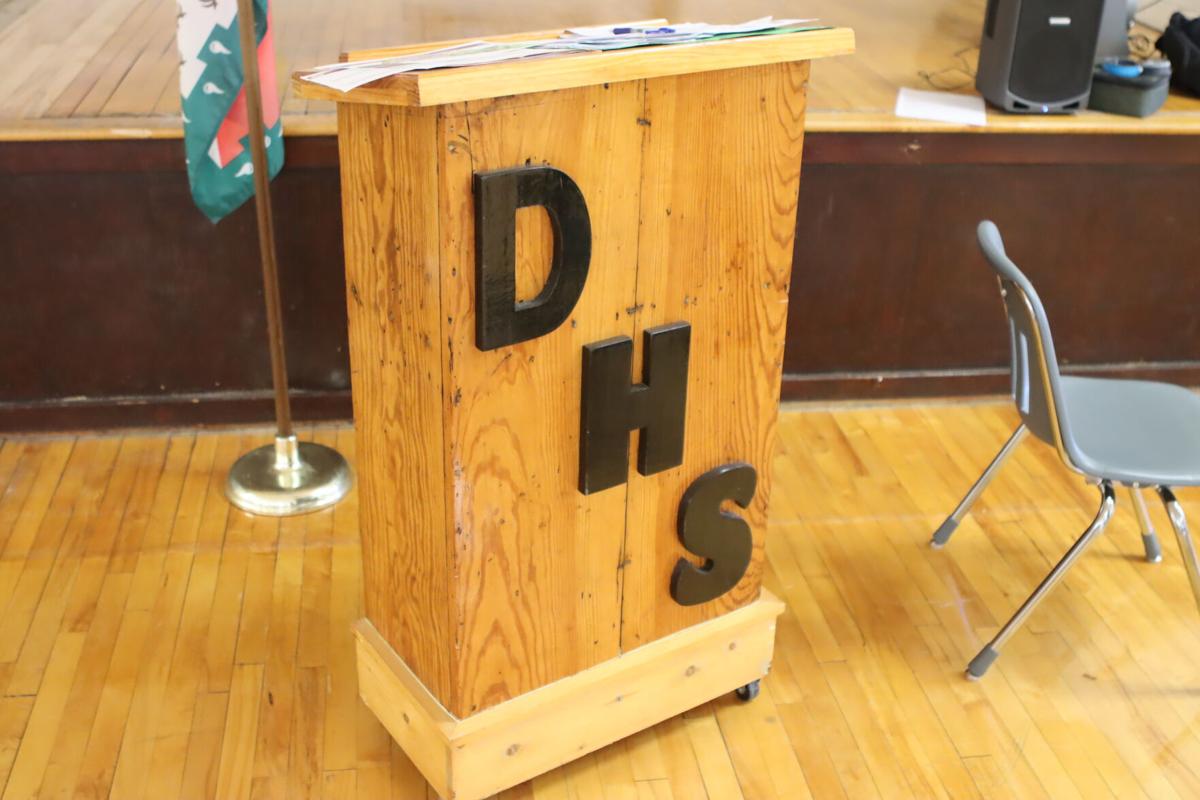 The actions follow last September’s joint apology by the Board of Supervisors and School Board for the role both entities played in “operating segregated schools, resisting integration and the persistent educational inequities that resulted from these actions” dating back to at least 1926.

“I was proud to sign the joint letter of apology for the illegal operation of segregated schools, but I believe then and I believe now that we can go farther,” Briskman said.

“The efforts to undermine the education of students of color were intentional and deliberate,” she said. “Residual impact of racist policies like school segregation and massive resistance created deep and lasting disparities in the black community and potentially inhibited the ability of black Loudouners to achieve the same degree of academic, economic, and social success as their white counterparts.”

Kershner and Letourneau cited questions and concerns with Briskman’s motion, saying the initiative does not define any particular action.

“We don’t know all the details, perhaps, but we know there was a history of segregation, there was a history of all sorts of things that occurred in this county, but I would think the discussion we would want to have is about how do we move forward as a society, as a county, as a school system, all those things together [to] address them,” Letourneau said.

“My mind goes to places that are completely unrelated to the school system — economic development, business grants for the disadvantaged; all those sorts of things. But those aren’t topics for the Joint School Board,” he said, “And I’m not sure a public hearing, or a Truth and Reconciliation committee is going to get us there.”

As reported earlier, Briskman has said there is evidence that the Board of Supervisors and School Board prevented Black students from receiving the same level of education as white students.

Loudoun County Public Schools were segregated until the late 1960s, more than a decade after the Brown v. Board of Education U.S. Supreme Court ruling, which ordered schools desegregated nationwide.

Virginia Gov. Ralph Northam (D) approved an initiative similar to Briskman’s, known as Executive Order 32 that established the Commission to Examine Racial Inequity in Virginia Law. The commission’s mission is to “identify racially discriminatory laws and the inequitable economic policies that shadow them.”

Before voting, Kershner said he was concerned where Briskman’s proposal will lead.

“I think, ultimately, [the proposal stops], but it alludes to the fact that we’re looking at some level of reparations, and it’s kind of an open book of reparations,” he said.

Kershner also said Briskman’s proposal did not present any examples of systemic racism that exists presently.

“The real question I have is, is when do we put this behind us,” Kershner said.

“Obviously, our country has some deep-seated issues of race, and it has been 50 to 60 years since segregation was largely ended — and yes there’s been struggles over the years leading up to that — but I think Loudoun County in large part has overcome this,” he said.

Supervisor Sylvia Glass (D-Broad Run) said she doesn’t have to go far to find examples of racism. She said she’s heard stories from students in school, including her own sons that kept their stories from her out of fear of retaliation from their peers.

“This is something that does occur,” Glass said. “It is still occurring and so we just can’t say, ‘yeah, this was back in the 60s.”

Vice Chairman Koran Saines (D-Sterling) shared his own story before voicing his support. He said “there are still a lot of things going on.”

“It’s just probably not as prevalent, or in people’s faces, but it’s still happening under the surface,” he said.

Chairwoman Phyllis Randall (At-Large) said the conversations they were having are not to place blame, but there is a part of the population that have felt unheard, and Loudoun County has suffered from systematic racism. Housing, education, employment, banking and the justice system are some areas she cited.

“What [systematic racism] means to me is simply that we recognize it, we know it, and we work on it, that’s all that it means to me,” Randall said.

The board also directed the joint committee — a motion made by Randall — to revisit the sale of The Douglass School property by the County-Wide League for $4,000, which was then conveyed to Loudoun County for $1.

The Loudoun County Joint Committee — including members of the Board of Supervisors and School Board — will discuss the item on Nov. 1 at 5 p.m., at the Loudoun County Public Schools administration building. The committee is expected to return to a future board meeting with recommendations.

The Loudoun County Joint Committee — including members of the Board of Supervisors and School Board — will discuss the item on Nov. 1 at 5 p.m., at the Loudoun County Public Schools administration building.

The Loudoun County Board of Supervisors on Tuesday will consider an initiative put forth by Supervisor Juli E. Briskman (D-Algonkian) that wou…

Critical race theory, at its core, looks back at how racism and discrimination in America's history still impact the country and communities of color to this day it is the teaching of a "false history" that would "denigrate the Founding Fathers."

Again, no surprise from the Board of Supervisors who seem to be intent on dividing our community by the color of our skin. How racist of them!

Now, we’re going to go back 100 years in an attempt to prove that what happened then is relevant for today.

Apparently, our democrat representatives on the Board of Supervisors still have not grasped the lofty vision of the Civil Rights movement, led by Dr. King, who said,

“I have a dream that my four little children will one day live in a nation where they will not be judged by the color of their skin, but by the content of their character.”

Instead, our current democrat members of the Board seem to be only capable of viewing issues before them through the lens of race.

They display the soft bigotry of low expectations by appearing to believe that even today people of color in our county can’t succeed on their own; they need help to succeed because they are held back by the white community.

What a divisive lie built on racism!

We need new leaders who will bring us together in a search for excellence in character and service.

Speaking of new leaders, we would do well to start with new leaders in Richmond. The McAuliffe-Northam-Biden tenure of leadership has done nothing but foment this divisive rhetoric and is tearing apart our once great nation and once great state.

Thank you to Supervisors Kershner (Catoctin), Lattourneau (Dulles), and Buffington (Blue Ridge), all republican, who voted against the motion.

Before any reparations are paid make sure we get back all the welfare paid to blacks .

And there you have it the NAACP with their hand in taxpayer pockets once again.