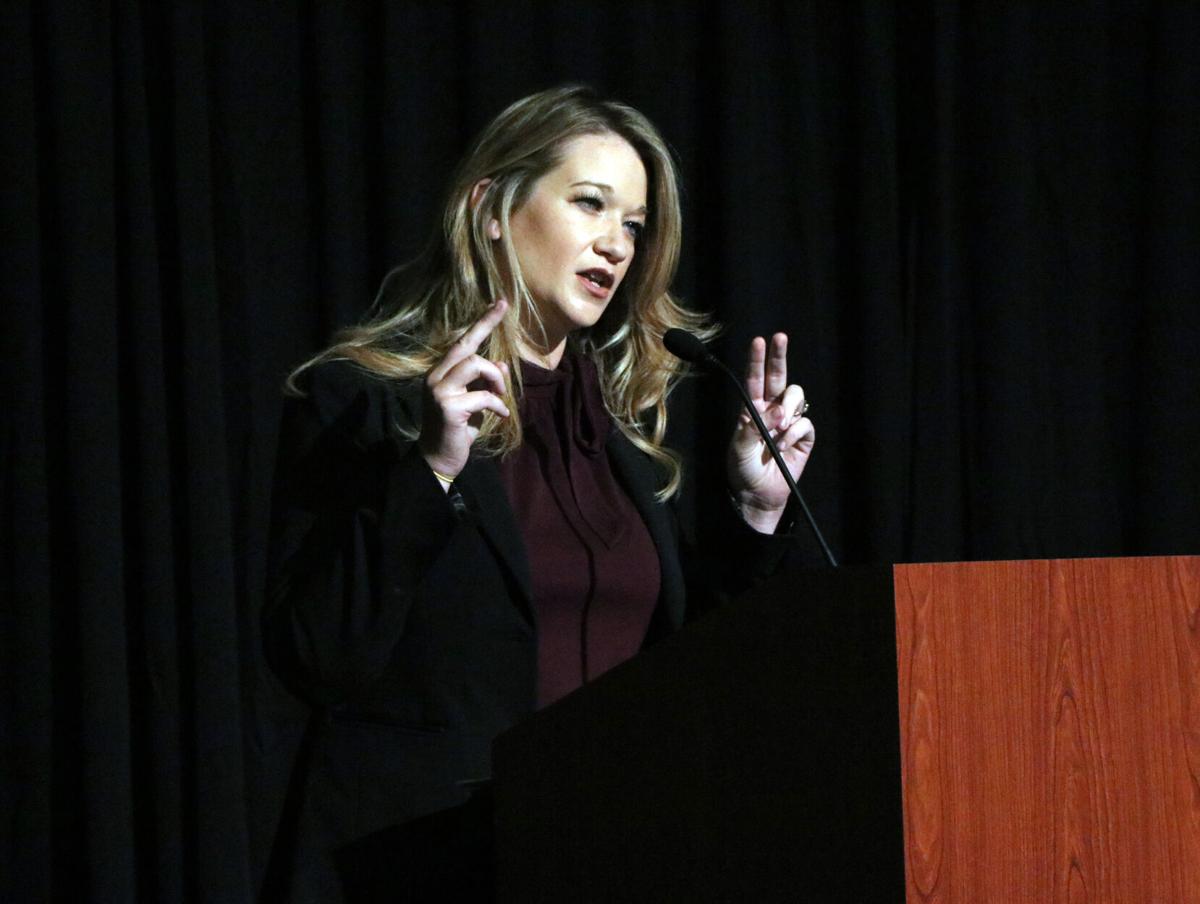 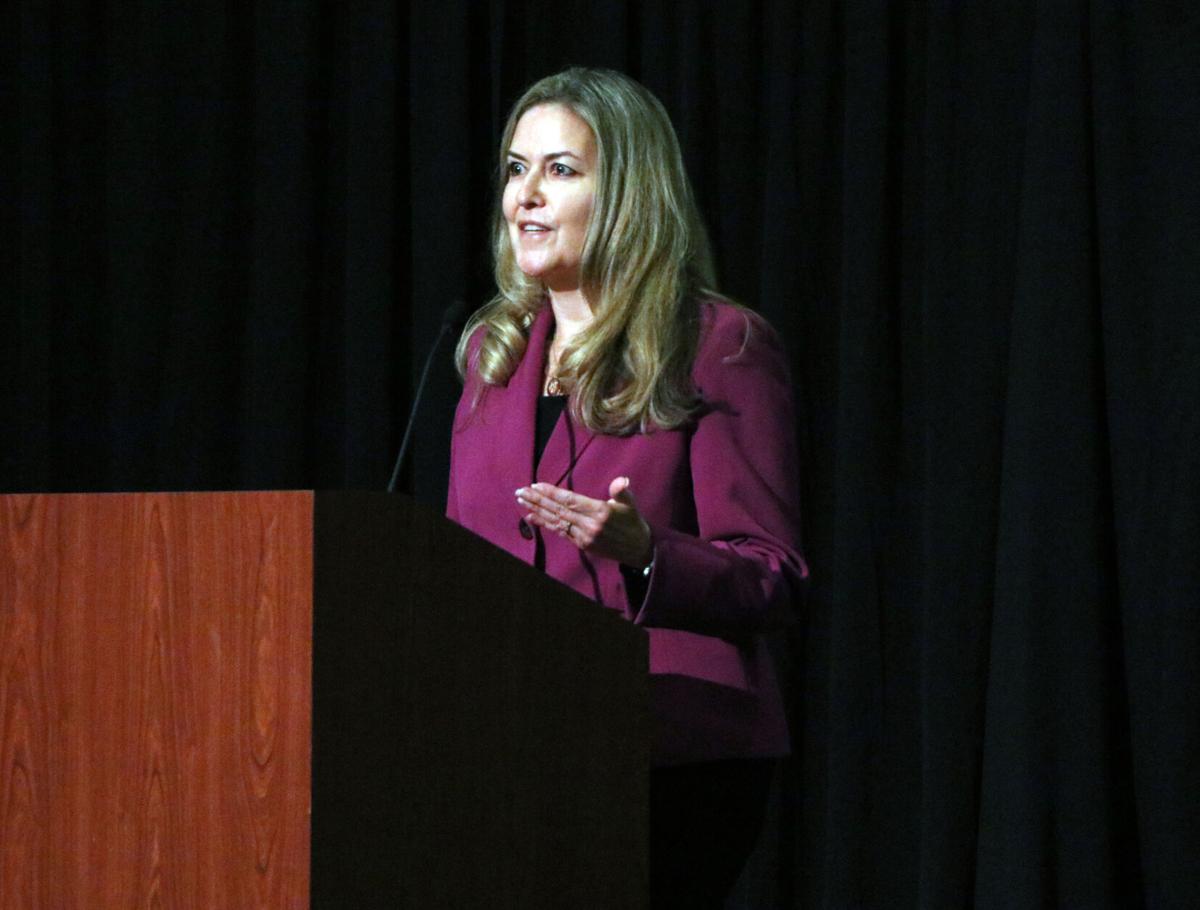 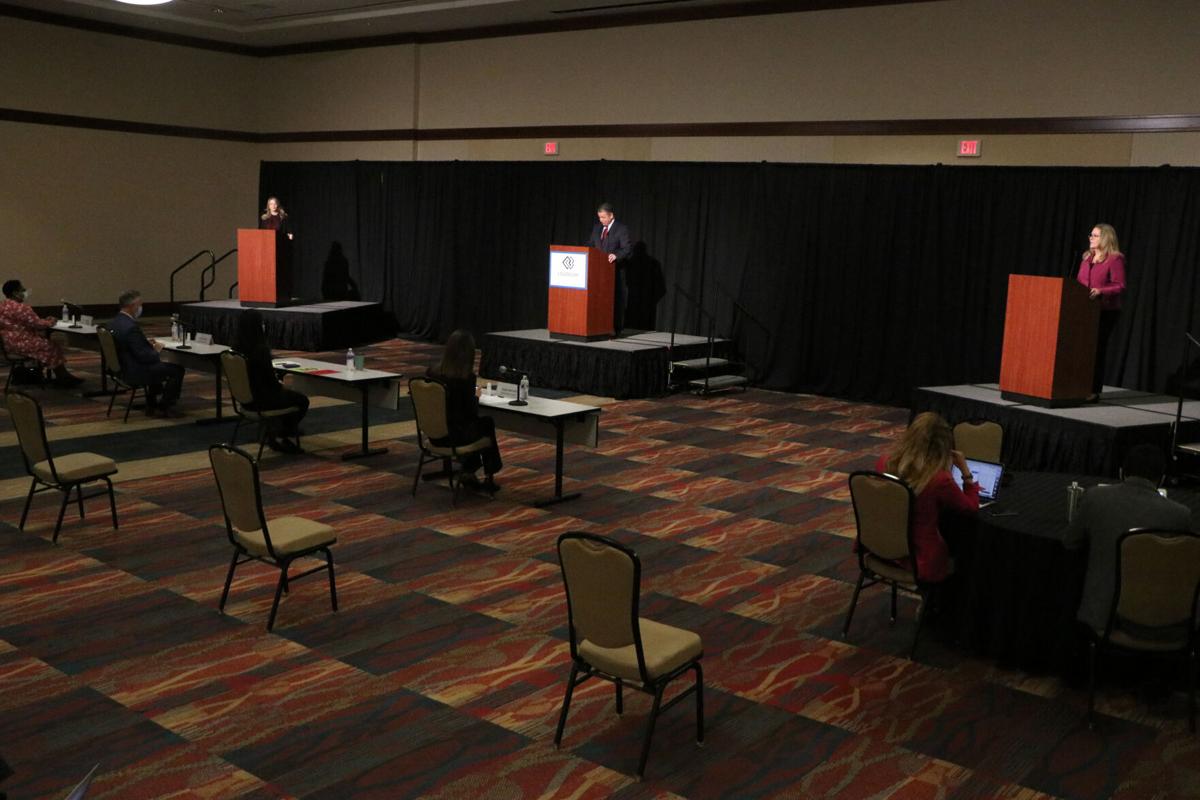 Incumbent U.S. Rep. Jennifer Wexton (D) and challenger Aliscia Andrews (R) traded ideas and some measured attacks during the Loudoun Chamber’s 10th District Congressional Debate Oct. 15. Nearly 20 people were in attendance at The National in Lansdowne due to COVID-19 restrictions. The remaining viewers watched via a livestream online. (Click here for the candidates responses to the Times-Mirror’s Q&A.)

The candidates said more work needs to be done on the federal government’s response to the COVID-19 crisis.

Andrews, a former service member in the Marines, said lawmakers need to “stop playing games” on Capitol Hill and address the needs of all Americans. She said one challenge elected officials need to work toward is reopening schools.

“Right now, our children are begging to go back to school,” Andrews said. “We have an entire generation that’s getting left behind, and that’s important. We need to focus on trying to get [kids] back in the classroom safely.”

Wexton said the federal government’s response had some early issues and frustrations for small community banks, community lenders and small businesses. As a member of the House’s financial services committee, Wexton said she helped to address the matter by providing more aid and flexibility in relief.

The congresswoman said more relief is still needed for consumers, localities and states. She pinned problems on President Donald Trump’s (R) administration, which she said downplayed the pandemic. Trump is largely unpopular in the Democratic-leaning 10th District.

The two candidates agreed that stabilizing the airline industry is important. Dulles International Airport, which rests in the 10th District, has been dramatically hurt by the pandemic.

Wexton said she backed the Payroll Support Program, which supported airline workers, but more workers are now being laid off. She said it’s vital for Congress to pass another round of payroll funding relief to support airline workers and concessionaires due to the lack of air travel.

”We need to ensure that there’s adequate safety on those planes, ensure that people are wearing their masks and are engaging in the right kind of caution,” Wexton said. “And sadly, that’s something that has been lacking over the past several months.”

Andrews, who voiced support for more stimulus, said the airline industry is essential, but individual needs should be addressed first.

“I think, right now, we need to make sure that those stimulus payments get out first,” Andrews said.

Both candidates said addressing broadband internet in the district is a high infrastructure priority.

Andrews said the digital divide is concerning and that the district’s residents are struggling because of it.

“We’re struggling with basic access,” Andrews said. “With more than 80 percent of our nation’s fiber running through our district, this challenge should not exist.”

Wexton said further investments into broadband, roads and bridges will help bring everyone out of the pandemic by creating jobs and helping Americans’ ability to compete against the world.

Andrews said more investments should be made in the workforce and that lawmakers should explore more public-private partnerships.

Wexton said a few ways the workforce can be supported is specified training for children early in schools, making college more affordable and ensuring that investments are being made on the federal level.

Both candidates said Metro’s rail service into Loudoun is another important marker for the district’s growth, with Andrews noting she would like to see more oversight of Metro.

Candidates agreed the country’s immigration system needs to be reformed, but they had different views on how that should look.

Wexton said her constituents have expressed frustration with the immigration system. As a result, she helped pass several pieces of legislation, including the Farm Modernization Act, Fairness for High-Skilled Immigrants Act, and Dream and Promise Act to aid so-called “dreamers” and other similarly situated immigrants who have spent much of their lives in the U.S.

“They are often homeowners, they pay taxes, and they’re contributing to our community,” Wexton said. “So, we need to make sure that they’re protected.”

Wexton said the country has moved backwards due to the Trump administration’s “demagoguing” with immigration.

Andrews was at odds with Wexton’s characterization.

“I completely disagree with Ms. Wexton’s characterization that the current administration is trying to remove some of the things with immigration,” Andrews said. “I think what we’re trying to do is make it stronger, make it make sense for so many people that are trying to come to our country legally.”

As for improving the Affordable Care Act, Andrews said lawmakers need to be thoughtful about their approach and not punish Americans and small businesses with their decisions.

“I don’t believe in taking things away unless we have something that’s actually going to be able to make it better,” Andrews said. “That’s where I differ from a lot of people in my party. I think that we have to be able to make sure that Americans have what they need, especially in health care in the middle of the pandemic.”

Candidates describe themselves as fighters to undecided voters

Andrews has an uphill climb to defeat Wexton after the district backed Democratic candidate Hillary Clinton by 10 points in her run for president in 2016.

Both candidates described themselves as fighters, but Andrews questioned Wexton’s decisions as a former prosecutor, calling her views “soft” on crime.

“You can’t protect the people of our district if you’re not willing to take a hard stand on crime,” Andrews said. “We deserve to have representation that represents us, not someone who’s going to be soft on criminals.”

Wexton said in her message to undecided voters, “This is the most consequential election of their lifetimes … I have the record of delivering for constituents here and in these times of unprecedented challenges, I’m going to always have their back and keep fighting for them.”

Watch the debate in the video below: