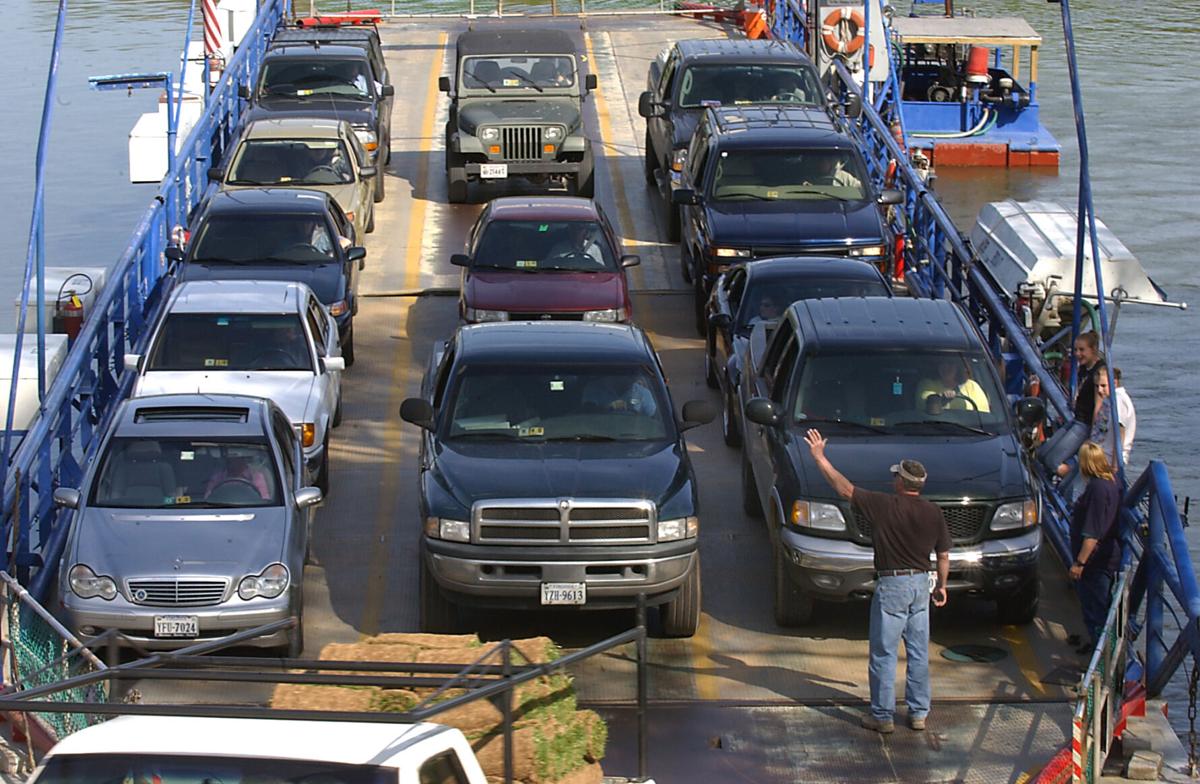 A rush hour crowd exits on the Virginia side of White’s Ferry. 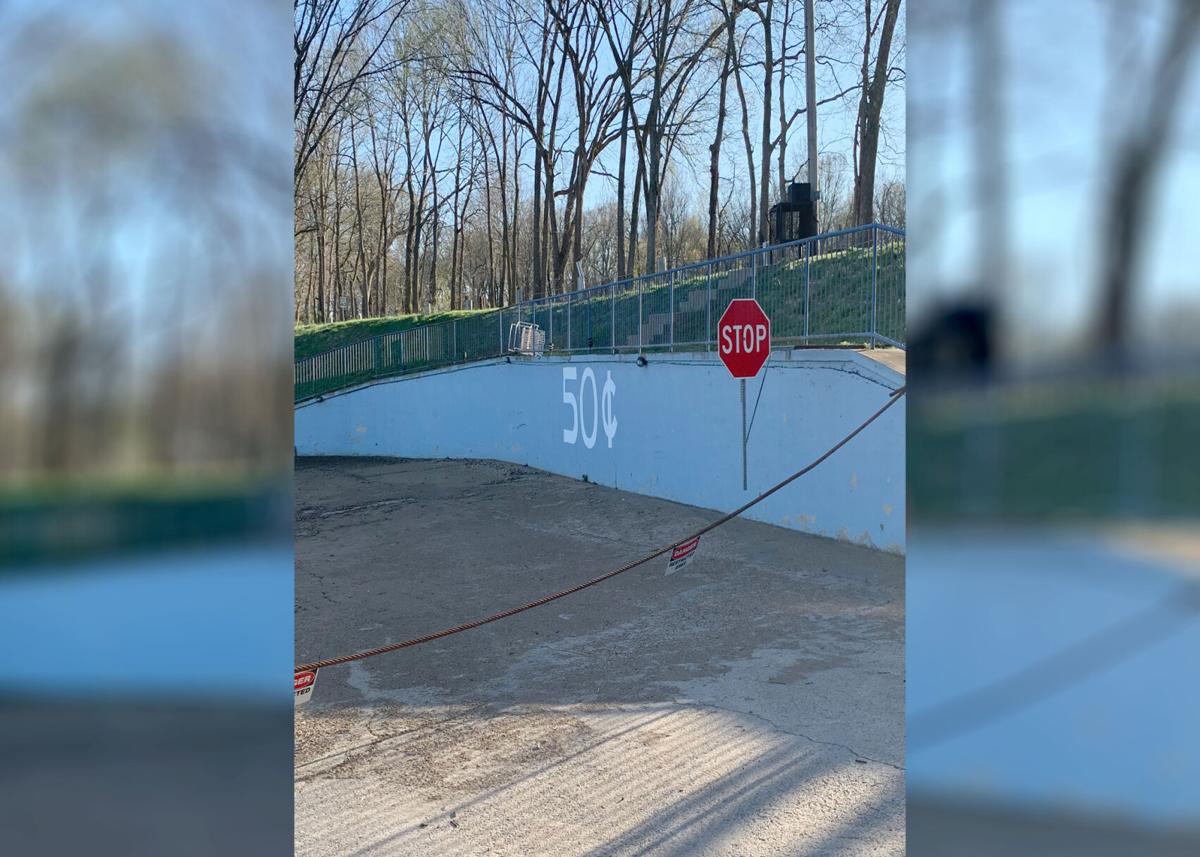 In order to order to allow for the resumption of the White’s Ferry service that passes from Montgomery County in Maryland to Loudoun County, the owner of the landing in Virginia has asked for 50 cents for every vehicle that passes through.

In order to operate the White’s Ferry that passes from Montgomery County in Maryland to Loudoun County, the owner of the landing in Virginia has asked for 50 cents for every vehicle that passes through.

A rush hour crowd exits on the Virginia side of White’s Ferry.

In order to order to allow for the resumption of the White’s Ferry service that passes from Montgomery County in Maryland to Loudoun County, the owner of the landing in Virginia has asked for 50 cents for every vehicle that passes through.

The new owners of White’s Ferry are seeking to have county and state leaders exercise eminent domain, which would give control of the landing to the respective governments and allow for the resumption of ferry operation.

It would take a minimum of five to a maximum of 10 months for such a process to play out, according to Shawn Flaherty, a spokeswoman representing the new owners, Chuck Kuhn, founder and CEO of JK Moving Services, and his wife, Stacy.

The move comes after the owners of Rockland Farm LLC and the Kuhns failed to reach an agreement last month, leaving the parties at an impasse and customers questioning the future of the historic ferry.

Before it was shuttered late last year, White’s Ferry transported nearly 800 vehicles across the river per day at a cost of $5 for a one-way ticket and $8 for round trip, according to the business’ Facebook page.

The owners of Rockland Farm proposed several options for ending the dispute, including with a monthly or annual transit fee per vehicle with a long-term lease; having the vehicle count maintained by a neutral third party; or negotiating a transit fee independent of vehicle count.

The farm’s entreaties, however, were rejected, according to Libby Devlin, manager of Rockland Farm LLC.

“We do want fair compensation for the use of the landing,” Devlin said.

Devlin said the owners of the farm asked for 50 cents for every vehicle that transits the farm’s landing along the Potomac River as part of a deal to reopen White’s Ferry, which has been closed since December 2020.

Devlin said Rockland also offered to purchase the ferry at the price Chuck Kuhn paid for it.

Flaherty would not comment on the terms of the proposals, stating only that they were unable to come to reasonable terms for the use of the landing.

Devlin said she was surprised when the Kuhns entered into contract to take ownership of White’s Ferry in February.

She said the sale came as the farm’s owners were in negotiations to purchase the ferry for $3 million.

The terms of the sale were not disclosed, according to a previous Times-Mirror report.

As for Rockland’s offer, she believed the 50 cent request to be reasonable given her understanding of the operation’s earnings.

She said a stream of income for the landing would help support Rockland’s operations.

“We are a working farm and we're trying to keep our farm and agricultural use,” Devlin said to the Times-Mirror.

With the Kuhns seeking eminent domain, Devlin said she’s unsure why anyone would support the action for a private use.

“It’s been in our family since forever, and to us that landing is sacred ground," Devlin said. “It has always been part of Rockland farm and for us, we would obviously not like to see the landing condemned.”

The Kuhns planned to have the ferry operational this month and said they “stand ready and willing to reopen,” an April 7 release stated.

The ferry operations between Montgomery County, Maryland, and White’s Ferry Road in Loudoun County, closed shortly before Christmas due to a broken cable and later to a land use dispute.

“The ferry has ramifications for our local economy and the livelihoods of many people, from technology workers to retail employees to farm workers,” Chuck Kuhn said in a prepared statement. “The former ferry owner, Herb Brown and his team have been a pleasure to work with, as have all the municipalities and states— all of which are interested in protecting this important transportation route.”

On Dec. 28, the previous ferry operator announced the decision to shut down the operation after a court ruling in Loudoun concluded that no public landing exists on the Virginia shoreline at White’s Ferry Road, and thus the ferry is prohibited from landing at the Virginia location.

Rockland Farm LLC, the plaintiff and owner of the 2.3-acre property north of Leesburg, argued in 2004 that the defendant, White’s Ferry, violated the terms of a 1952 license agreement by removing an existing retaining wall from the property and replacing it with a wall farther from the river, according to court records.

White’s Ferry refused to restore the property, which was cited as one reason for the lawsuit.

The ferry company claimed it was operating lawfully because those areas have been established as public rights of way, court records state.

Devlin said the ferry was operating without any compensation to the farm for the past 16 years.

Additionally, the license agreement negotiated between her grandparents with the previous ferry owners was for $5 a year.

Loudoun County has actively sought to engage both parties with the goal of resolving the matter, according to Glen Barbour, public affairs and communications officer.

"The county remains interested in resuming ferry operations because from the county’s perspective the ferry is considered an important part of our regional transportation network," he said in an email to the Times-Mirror.

The Kuhns said they are planning a number of upgrades to the ferry over the next few years, which include bringing more operational and environmental efficiencies to improve services.

White’s Ferry, which was established in 1786, is the last of 100 ferries that used to operate on the Potomac River, according to the town of Poolesville’s website. The cars are carried by ferry along a wire cable across the Potomac.

Eminent domain is a 4 letter word those who use it are also.

I'm pleased this article stated at least SOME of Rockland's perspective. Impartial journalism has been completely lacking to this point.