You are the owner of this article.
Edit Article Add New Article
You have permission to edit this article.
Edit
Home
News
Opinion
Sports
Business
Entertainment
Best of Loudoun
ePages
Special Sections
Obituaries
Classifieds
1 of 3 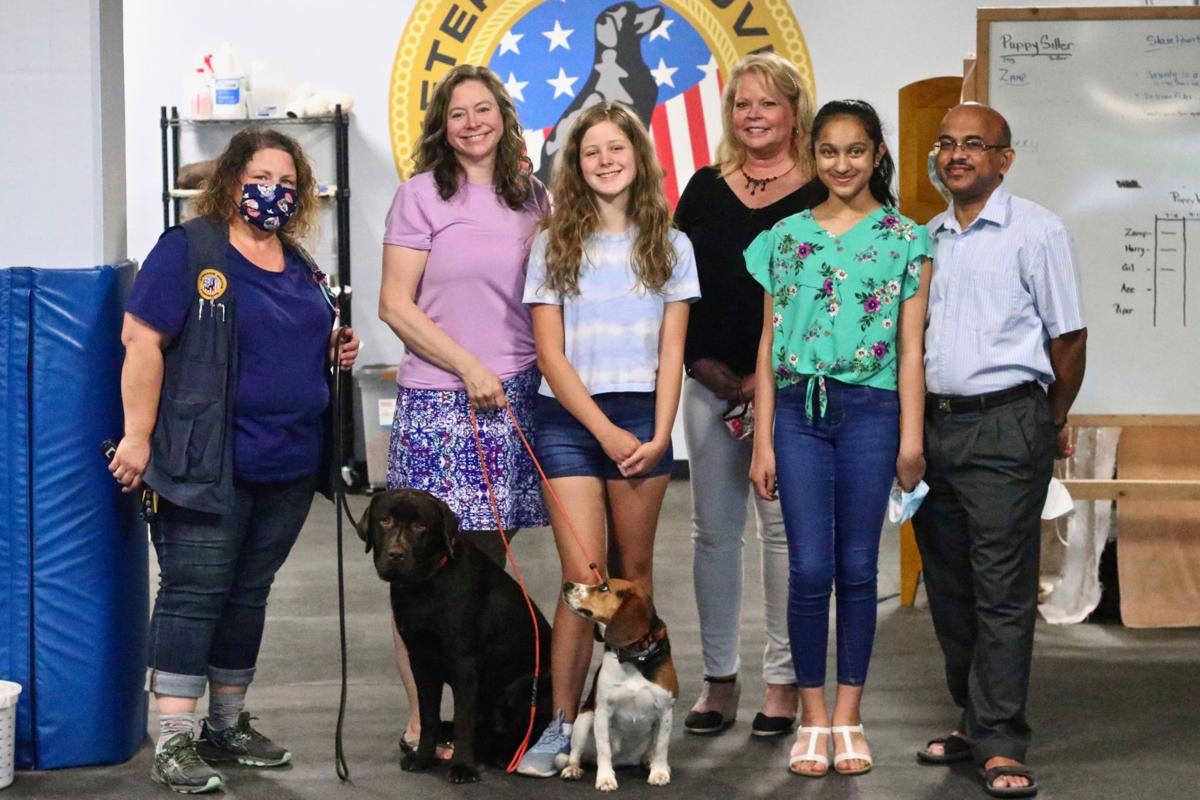 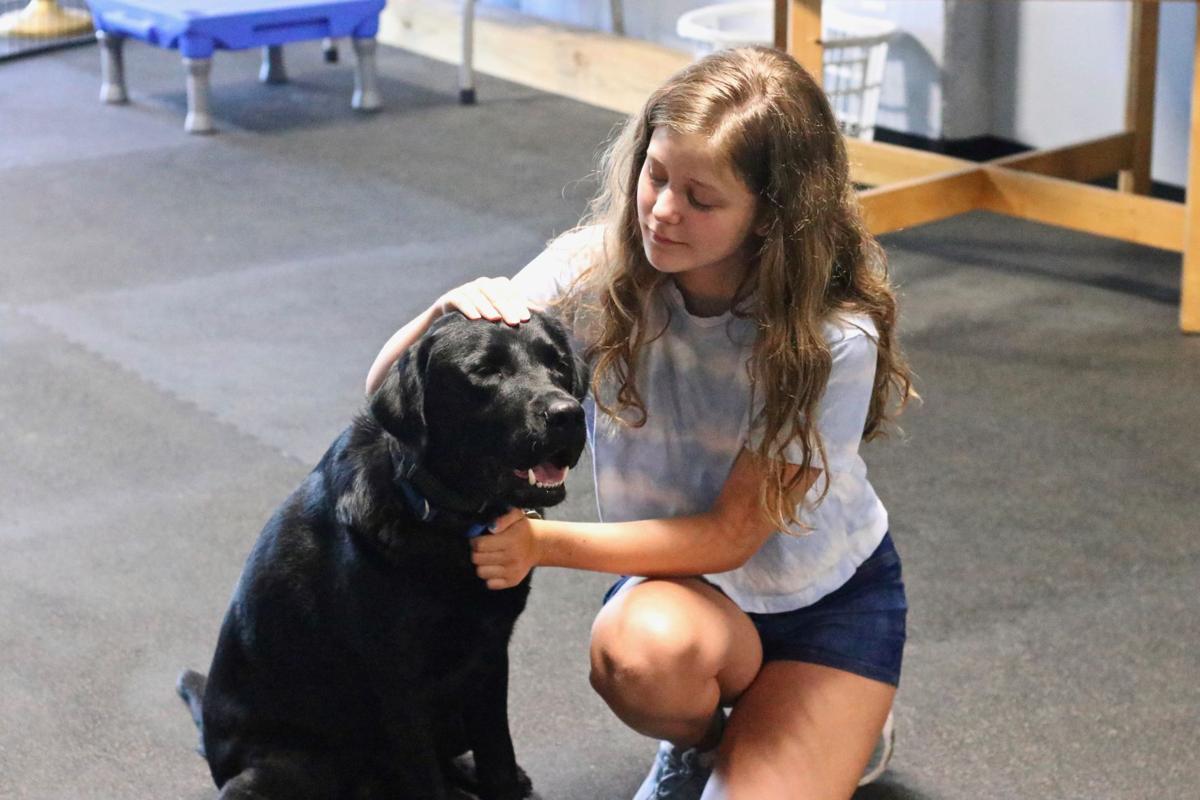 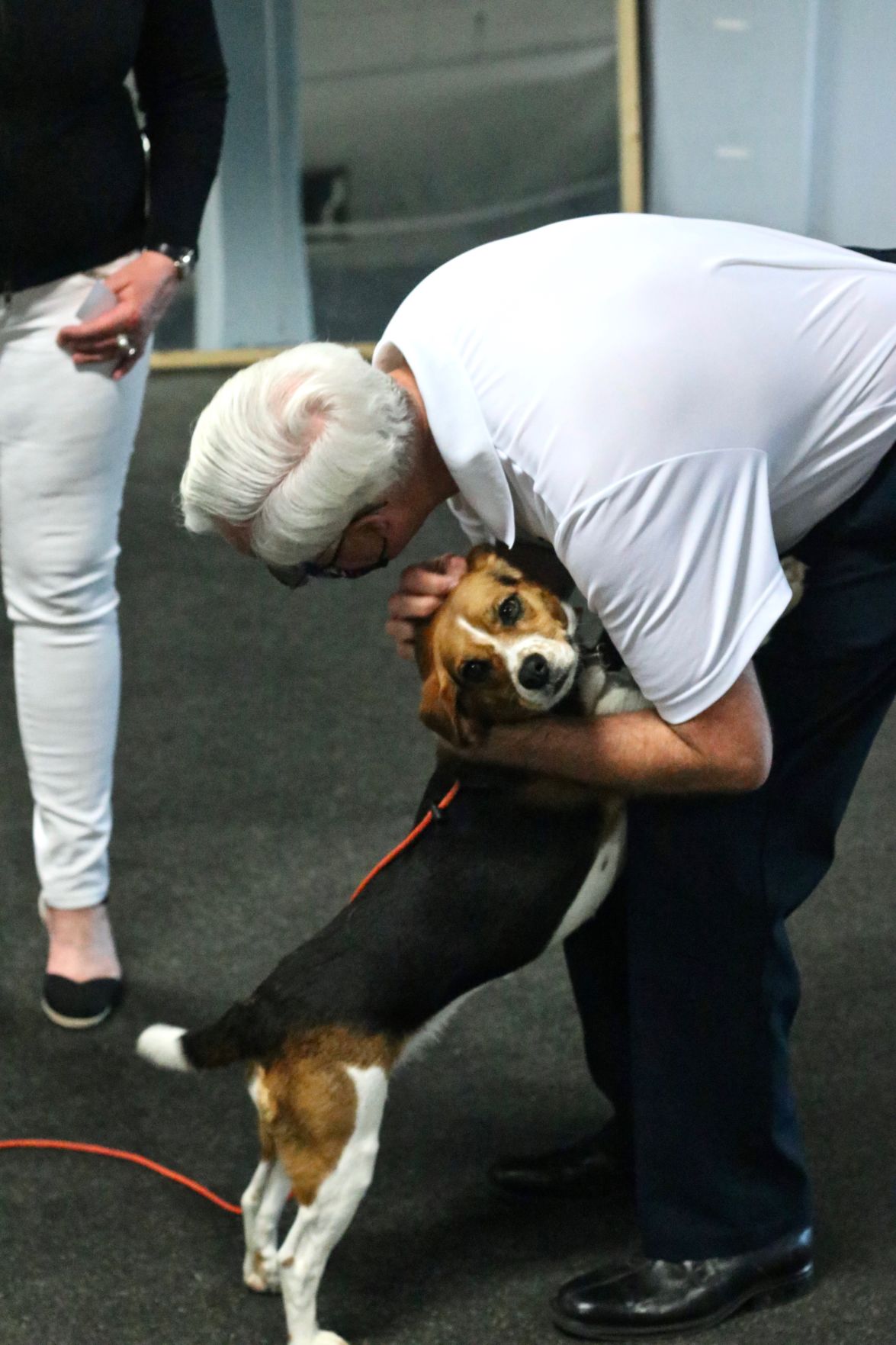 As a way to commemorate Memorial Day at the end of the school year, Mercer Middle School teacher Gina Chaszar gave her students the opportunity to write an essay appreciating those who serve in the U.S. military — and the four-legged friends who offer them physical and emotional assistance when they return home.

“My kids would write essays putting themselves in the place of either service dogs and whatever inspired them, or a wounded veteran in need of a service dog,” Chaszar, who teaches sixth- and seventh-graders in Mercer’s Spectrum program for gifted and talented students, told the Times-Mirror.

Chaszar found a willing partner for the contest in Gordon Sumner, the president and CEO of Veterans Moving Forward, a Dulles-based nonprofit that trains and assigns service and emotional-support dogs to American veterans.

“It’s for any veteran who’s dealing with physical or mental challenges, or both,” Sumner said. “And it doesn’t have to be a combat veteran. You could be a veteran that fell off a ladder and is handicapped and needs a service dog.”

After a decades-long history of military service, Sumner — a recipient of the Purple Heart, the Bronze Star Medal and other esteemed decorations — retired from the U.S. Army in 1997 as a colonel select. He was one of the first volunteers at VMF, which will celebrate its 10th anniversary on July 7.

In the spring of 2016, VMF moved into its current facility in an office park at 44225 Mercure Circle in Dulles. The facility welcomed two special guests Wednesday: Charlotte Long, 12, and Ovya Sundaram, 13, who took first and third place in the essay contest, respectively.

Each girl wrote her essay from the perspective of a wounded veteran who is initially reluctant to accept the support of a service dog but eventually comes to appreciate his or her new companion.

“My story was titled ‘Brave,’” Sundaram said. “[The main character is] getting the dog, and they’re embarrassed because they’re pretty strong, and they don’t want to keep the dog at first, but the dog helps save their life.”

Long, whose first-place essay, “Butter,” earned her a $75 prize, drew from her experience of having to use a wheelchair after she broke her leg in the third grade.

“[The essays] are far beyond what you would expect of a 12- or 13-year-old writing level,” Chaszar said.

During their visit, Long, Sundaram and their parents enjoyed petting and playing with several of the dogs in training. According to Sumner, most VMF dogs are named after veterans killed in combat, like Ashley, a chocolate Lab whose namesake, First Lt. Ashley White, died in combat in Afghanistan nine years ago.

VMF staffers are thorough when choosing veteran-dog partnerships, performing home visits and making sure applicants will be able to adequately care for their new helpers. Eventually, a HIPAA-certified board decides who each dog’s new owner will be.

In its decade of operation, VMF has provided service and emotional-support dogs to veterans living all around the country, including California, New England and the Midwest. Gil, a two-year-old black Lab, will be placed in New Hampshire in a couple months and will be the first dog to graduate from VMF this year.

Though VMF usually bolsters its operations through frequent fundraisers, the COVID-19 health crisis has forced staff to cancel around 30 fundraising events that had been scheduled through this month.

“The only fundraising we’ve gotten is people who have been making contributions,” Sumner said. “I can’t not feed these dogs. I can’t not house them. These are like kids, so I’ve got to have money to keep the lights on and keep them trained and fed and housed.”

Thankfully, VMF plans to hold its first major fundraiser since the outbreak, a golf tournament at 1757 Golf Club in Dulles, on July 23.

“It’s kind of like TopGolf. There are little bays that they have, so you can come in, pay a $50 donation, then there’ll be food, drinks, prizes,” Sumner said.

Aside from merely keeping the current VMF facility buzzing, Sumner said he hopes to eventually begin a major capital campaign in order to purchase land in western Loudoun, which he believes will be a more appropriate environment for the canines in training.

“This is a business park,” he said of the current premises. “We have no place to run the dogs, we can’t build the obstacle courses that they need, so my dream is to have a capital campaign so we can move the service dog training facility to a more remote location, build it up on acres of land, where they can train and they can also be a dog.”

More information on Veterans Moving Forward, as well as details on how to donate, are available at vetsfwd.org.