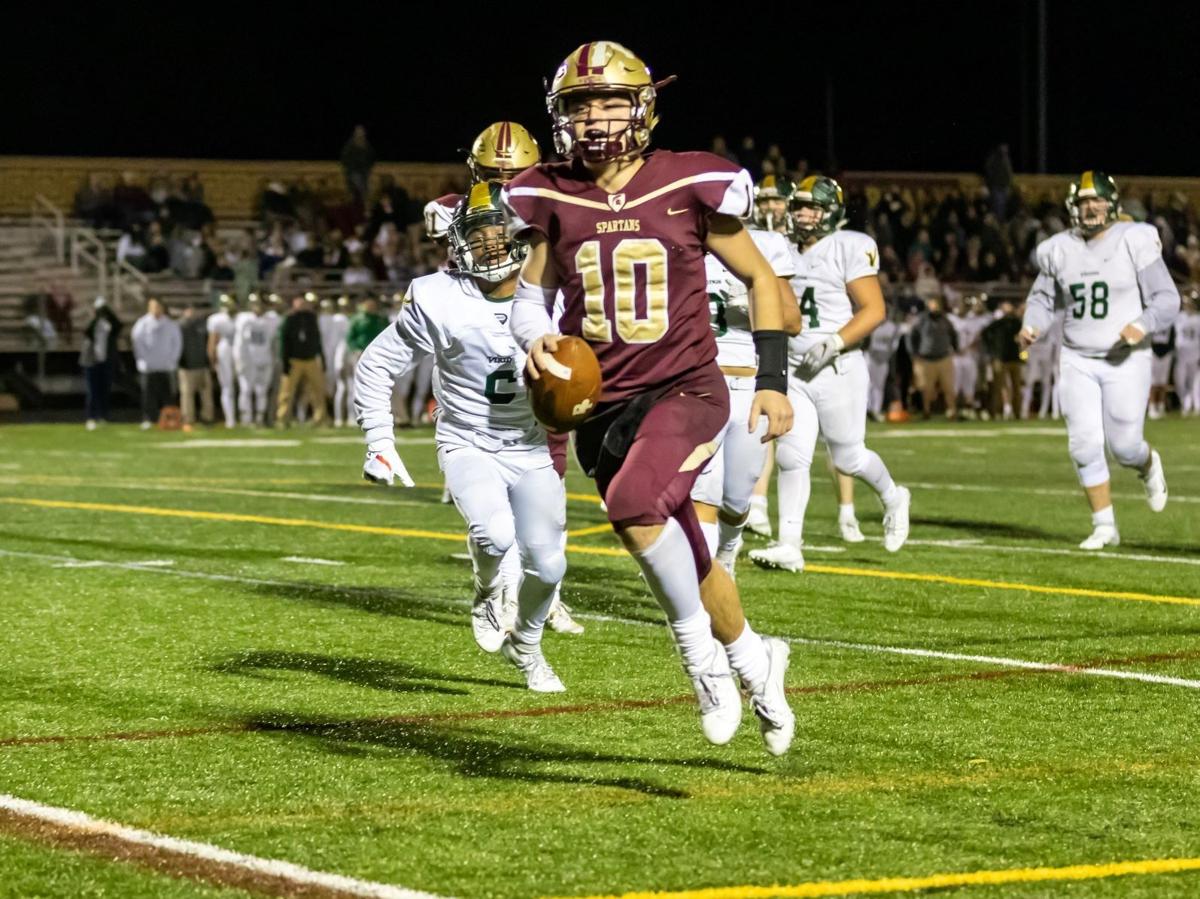 Broad Run High School quarterback Brett Griffis strides into the end zone for a touchdown during a 2019 playoff game against Loudoun Valley. Griffis has verbally committed to continue his education and football career at Wake Forest University. 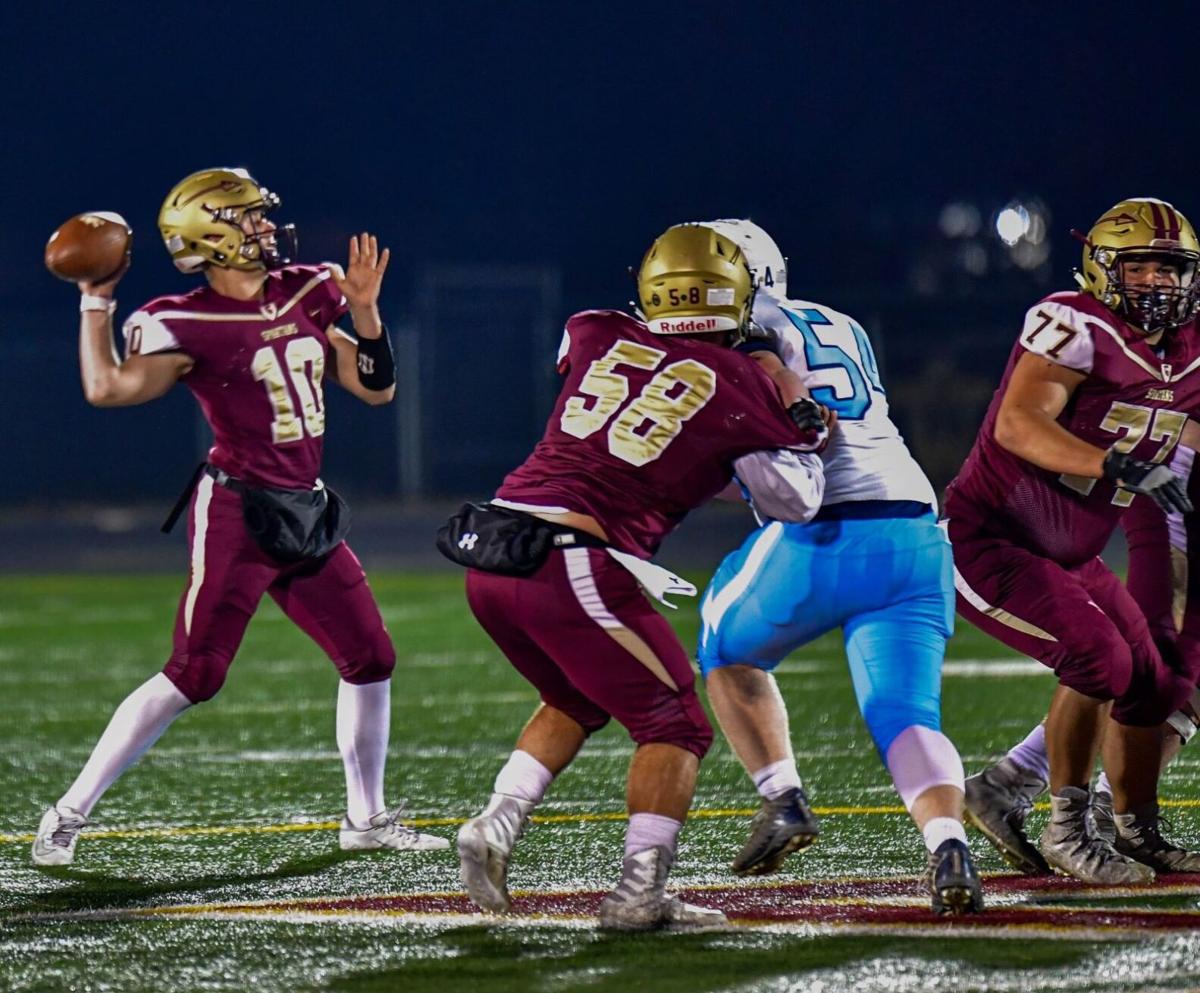 Brett Griffis prepares to release a pass during a 2019 playoff game against Millbrook.

Broad Run High School quarterback Brett Griffis strides into the end zone for a touchdown during a 2019 playoff game against Loudoun Valley. Griffis has verbally committed to continue his education and football career at Wake Forest University.

Brett Griffis prepares to release a pass during a 2019 playoff game against Millbrook.

For Brett Griffis, an opportunity to play NCAA Division I football in a Power 5 conference and to further his education at a prestigious academic university was too appealing to pass up.

"It's obviously a very prestigious university. They offer great educational programs. They have one of the best coaching staffs in the [Atlantic Coast Conference], if not, the entire country," Griffis said of what attracted him to Wake Forest. "I think their coaching staff does an extremely good job of taking kids to their highest potential."

Griffis, a 6-foot, 190-pound dual-threat quarterback, will also have the opportunity to reunite with his brother Mitch Griffis as college teammates. The siblings were teammates at Broad Run during the 2019 season, helping lead the Spartans to an undefeated regular season and a trip to the regional championship game.

"It really feels like home. I love the campus, I love the coaching staff," Brett Griffis continued about Wake Forest. "Just going to games and talking to my brother, he loves every single one of his teammates. He thinks they are all good kids that really work hard, and they all want to strive for a common goal, which is to compete for an ACC championship."

Mitch Griffis, also a quarterback, recently completed his freshman season at Wake Forest. He saw action in four games as a true freshman, highlighted by his touchdown pass against Clemson in the 2020 season opener.

"Learning from him at practice and watching film with him at home are some of my favorite memories of high school," Brett Griffis said of his older brother. "I have a lot of respect for him, he's obviously a pretty smart quarterback. That also helped the decision, just knowing I had someone I could look up to."

Griffis originally planned to wait until the conclusion of his junior season to decide on his future college. That changed when the COVID-19 pandemic postponed the 2020 fall varsity football season until February.

Despite not playing a single snap of varsity football in 2020 and having limited game film to showcase his skills to college coaches, Griffis received interest from several programs -- highlighted by offers from Old Dominion and Wake Forest.

"It's a completely humbling experience. Throughout the quarantine, I've been working as hard as I possibly could," Griffis said. "I'm really grateful and humble that some coaches took a shot on me."

Wake Forest offensive coordinator and quarterbacks coach Warren Ruggiero has built a strong relationship with Griffis. The two first met when Ruggiero visited the Griffis family's home for a meal after Mitch signed his letter of intent. Dave Clawson serves as head coach of the Demon Deacons.

Griffis will now turn his focus to the upcoming high school season. His father, Matt Griffis has guided the Broad Run football program as head coach since 2010. The Spartans have won 34 games -- including five postseason victories -- over the last three seasons.

"Me and my teammates have been working our tails off ... it's been hard to not have any games to showcase what you've been working hard for," Griffis said. "I'm really excited for this year. We'll have two seasons within nine months."

Griffis said the goal is clear: Win a state championship.

"I think we have a really good team this year," he said. "We lost some good seniors from last year, but our 2022 class is going to fill in really well. We have a lot of good kids in it and they are going to step up this year."