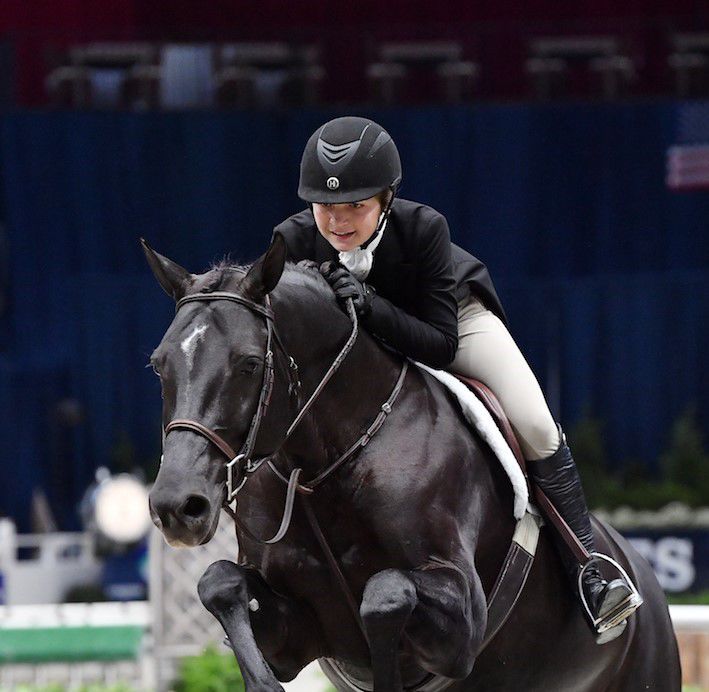 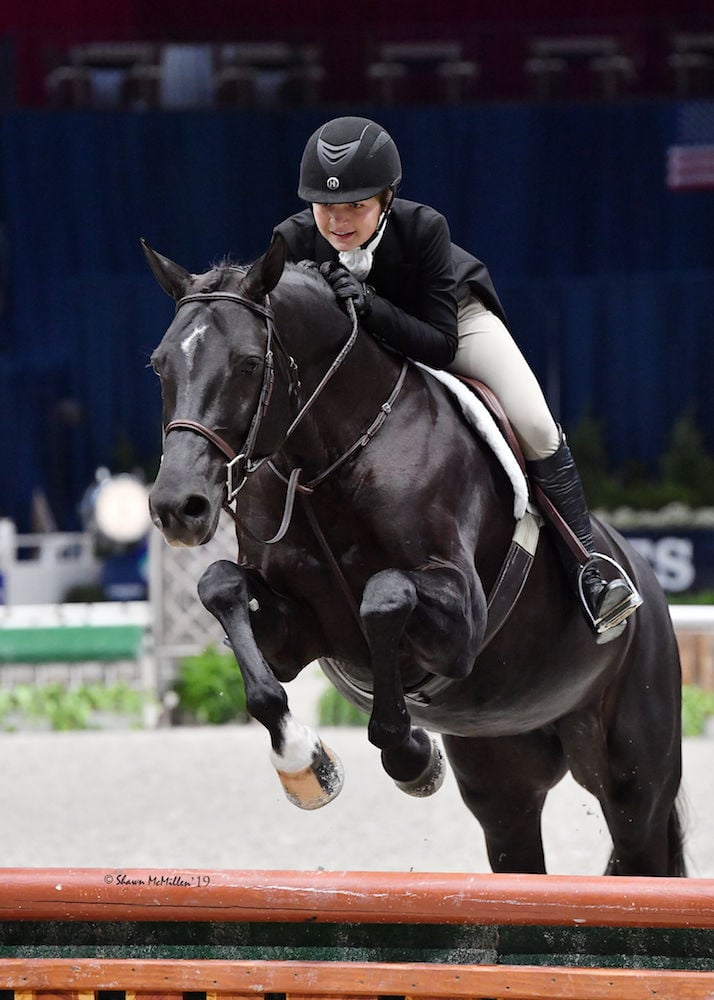 Two years ago, the first time Abby Cole competed in the Children’s Hunter Championship equestrian competition at the Washington International Horse Show, she and her horse didn’t even make it around the course once.

But when she rode in the event Oct. 22 at Capital One Arena in Washington, D.C., her third appearance was the charm: The Riverside High School freshman bested 29 of the nation’s top young riders and returned to Ashburn with the championship.

“You have to work all year just to qualify to be there,” said Cole, who earned scores of 80 and 85 to claim victory by half a point. “It feels really good to win.”

She had help. Cole teamed up with Q-Bella, a 12-year-old black mare whom Cole leased in July. Despite only three months together, the pair cantered across the sand and smoothly jumped the three-foot barriers to victory.

Cole earned a trophy, a ribbon, a gift basket, a cooler and $3,000. Bella received an extra helping of treats.

The young rider said the secret to her improvement was daily riding, regularly competing at small shows, “and some luck,” she added.

Cole, now 14, was introduced to riding at age 8 and immediately liked the interaction with the steed, working together to run and jump.

“Right away I wanted to compete at high levels and be really good at it,” she said.

She took part in small shows at first, being walked around on the horse, then trotting and cantering. Then came jumping, higher and higher until reaching the three-foot height of the Children’s Hunter division.

“I really enjoy the feeling of riding and jumping,” she said. “But I also like just being with the horse, taking care of her.”

Bella came to Abby in July, leased from another local rider, Kelsey Campbell of Great Falls, who graduated to the adult divisions. At 16 hands, the horse is a good size for Cole’s mid-size frame, she said.

“We get along well. I trust her to jump the jump and she trusts me not to do anything at the jump,” said Cole of Bella. “And she’s kinda fat.”

The secrets behind being a skilled rider start with a good trainer, said Cole, who credits trainer Jenny Graham of Cedar Creek Farm in Sterling for teaching her the foundations of ridership.

“You also have to be confident in your ability to do it,” she added, “and you have to have a good horse, a good partner.”

Just making the WIHS Children’s Hunter event was a surprise to Cole. She and Bella had qualified only the previous week, when they won the reserve title at the WIHS Regional Horse Show’s 14 & Under division.

“I just expected to get around once,” she remembered of that event Oct 18. “But it’s such an amazing feeling, the feeling of winning when it all comes together after working so hard.”

Next year the Ashburn resident graduates to the 3’3” Juniors level, raising the bar three inches and putting her in a more competitive environment.

I'm sure she works hard but having been there and done that before you could lease a made horse for $2 to $5,000 a month, it used to be a more level playing field. Our horses came along with us, training and working and working! Now it's lease or buy a made horse/pony that's already done it.