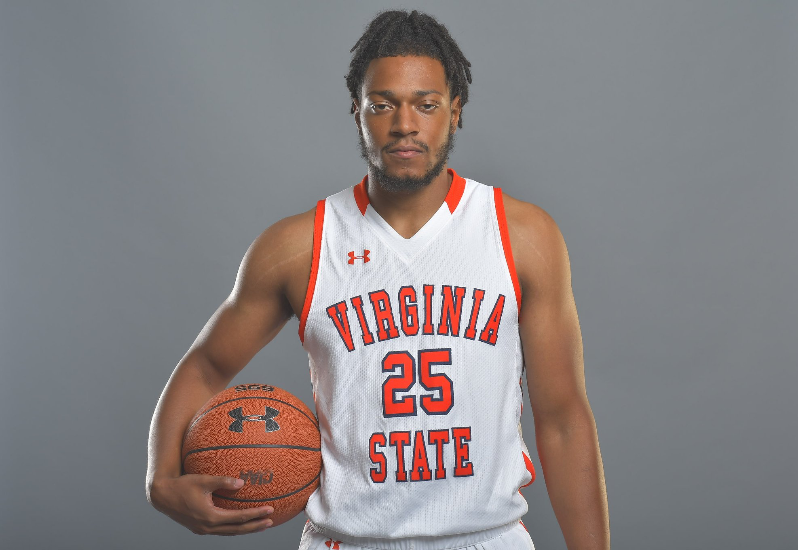 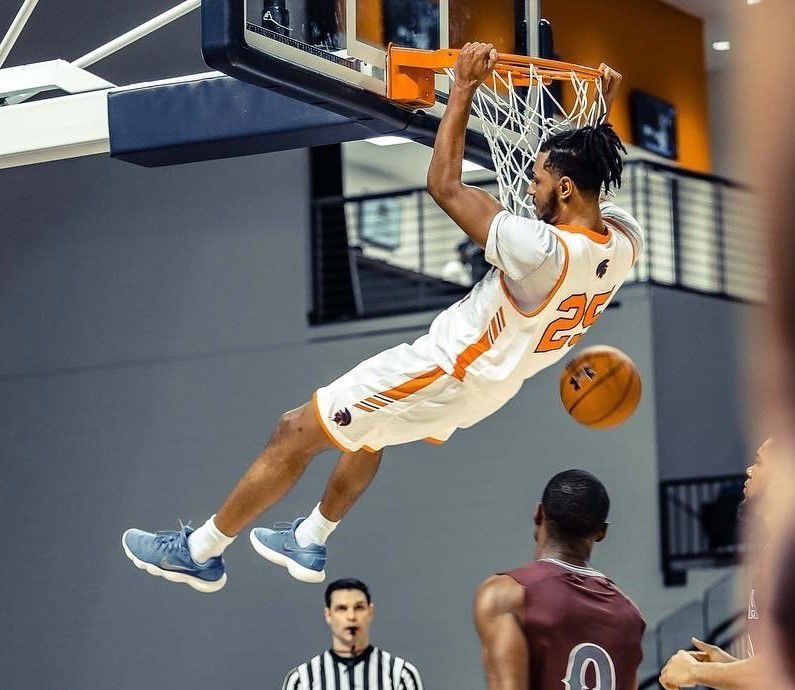 Andrew Corum elevates for a dunk during a game for Virginia State.

Andrew Corum elevates for a dunk during a game for Virginia State.

Entering his senior season at Virginia State University, Andrew Corum knew he needed to step up to help ease the loss of eight seniors from the Trojans' 2018-2019 men's basketball team.

As a junior, the former Middleburg Academy and Potomac Falls High School standout was the sixth man for a Virginia State team that claimed the Central Intercollegiate Athletic Association tournament championship and won a first-round NCAA Division II tournament game on their way to a 28-5 record.

"Coach told me I needed to be a leader," Corum said of a conversation with VSU head coach Lonnie Blow Jr. prior to his senior season. "I had to step up my game and follow in the footsteps of the players before me."

Corum answered the challenge. A 6-foot-7, 215-pound forward, Corum averaged 11 points and a team-best seven rebounds per game. A starter in all 28 games, Corum shot 56.4 percent from the field and also led the Trojans with 22 blocks on the season.

Corum's lone dissatisfaction from his final collegiate season is the way it ended. The Trojans (19-9) earned a spot in the 2020 NCAA Division II tournament that was cancelled in response to the COVID-19 pandemic.

"It was probably like the whole country reacted to it, we were in shock," Corum said of him and his VSU teammates. "We definitely wanted to play."

"I realized it was the last time I was ever going to play in this uniform," Corum continued. "The last game we lost in the conference [tournament] was my last game."

Overall, Corum said he was pleased to have "made a progression every year" of his college career.

Leading up to college

Corum started his varsity basketball career at Potomac Falls. He earned all-conference honors in 2013-2014 as a junior after helping the Panthers advance to the state tournament.

The following year, Corum transferred to Middleburg Academy and reclassified as a junior. He was selected as the 2014-2015 Virginia Independent Schools Athletic Association Division III Player of the Year after leading the Dragons to a state championship.

That momentum was derailed prior to his senior season. Corum started feeling pain in the big toe of his left foot during preseason workouts. Following a couple doctor visits, Corum learned that he had a toe tumor and would need surgery to remove it.

Corum missed more than half of his senior season and said it took a while to get back in a groove once he did return.

"Very frustrating," Corum said. "I was looking to see where I was going to go for college."

After contacting Virginia State and sending highlight film, Courm received an invite to visit the school's campus in Petersburg. The visit went well and Corum was offered a scholarship.

"They said they like my game and wanted me to attend their school," he said. "It was a huge relief."

With college campuses closed, Corum is back home working toward graduating in May. He is studying health and physical education with a concentration on sport management at Virginia State.

Corum also has his sights set on playing basketball professionally overseas. So what makes his game attractive to potential suitors?

"They like that I compete. I'm very versatile. I'm a mismatch and I can play multiple positions," Corum responded, adding that he can defend inside or outside the paint.

Corum has been in contact with player agents and will weigh his options before ultimately deciding on his future.

"Hopefully in a few more months, I will be a pro overseas," Corum said.