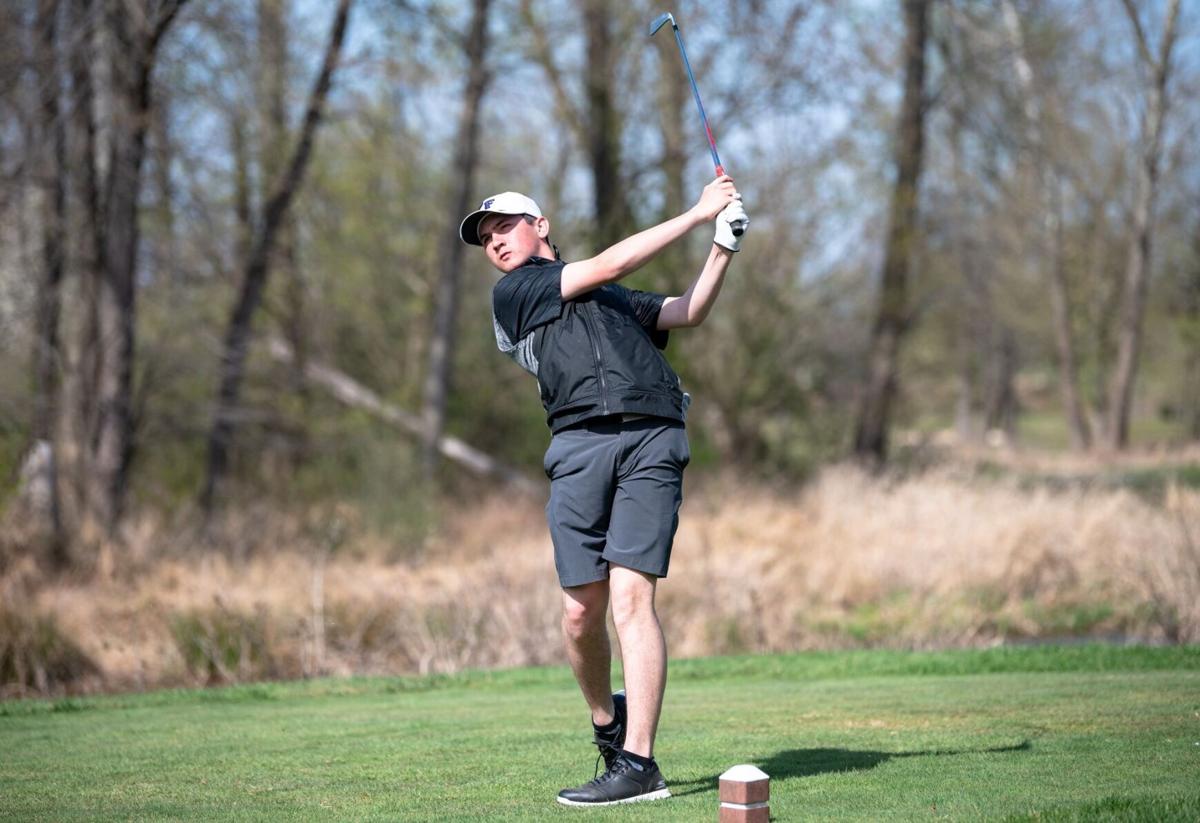 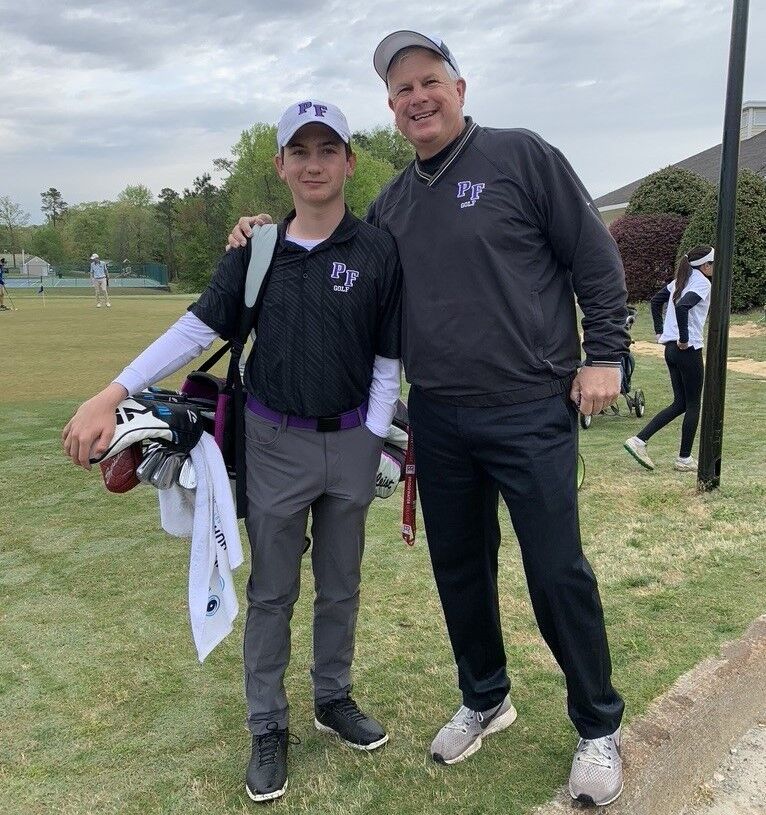 A freshman at Potomac Falls High School in Sterling, Mason DuHaime has relished the opportunity to compete in multiple big golf tournaments during his young career.

DuHaime, 15, started swinging a golf club in his front yard as a 3-year-old and began playing competitively five years later in the Loudoun Junior Golf Association.

As a 12-year-old, DuHaime was a member of an all-star team from 1757 Golf Club in Dulles that represented Virginia in the 2018 PGA Jr. League National Championships at Grayhawk Golf Club in Arizona.

The 1757 All Stars -- who won a regional tournament in North Carolina to claim one of 12 coveted spots in the national event -- finished with a 2-1-2 record at nationals to place third in their six-team division.

DuHaime has continued to play in junior tournaments leading up to his first varsity season. A steady performer during the regular season, DuHaime broke through in a big way at the 2021 Region 5C tournament April 13 at Brambleton Golf Course.

One of 50 student-athletes competing in the regional tournament, DuHaime shot 2-under par 70 to finish in a two-way tie for first place. DuHaime continued his stellar play on the first sudden-victory tiebreaker hole. He drained a birdie putt on the par 5 18th hole to claim low medalist honors.

"It was nice, it felt great," DuHaime said of winning a regional title as a freshman. "I played really good out there so it was a very good experience."

Buzzing after winning the regional championship and earning the right to compete in his first state high school golf tournament, DuHaime learned that the Leesburg Optimist Club was going to sponsor him to compete in the 2021 Capital Virginia Optimist Championship.

He made the most of the opportunity. DuHaime shot 3-over par 74 at Hanover Golf Club in Ashland to win the gold medal in the boys' ages 14-15 division at the Capital Virginia Optimist Championship.

The victory qualifies DuHaime to compete in the 2021 Optimist Junior Golf Championships, set for July 20-24 at Doral Resort and Spa's legendary Blue Monster Course in Miami.

"I'm looking forward to that," DuHaime said. "I'm going to practice, make sure my game is in tip-top shape and see how it goes."

Prior to the Optimist Junior Golf Championships, DuHaime will play in the Three Little Birds Memorial AJGA Open at Piedmont Club in Haymarket and the Press Thornton Future Masters Golf Tournament at Dothan Country Club in Alabama.

"He's always been a natural ball striker," Justin DuHaime said of his son Mason, who aspires to play golf collegiately and professionally. "When he drives the ball well, it sets him up for a good day. If he gets a little more crisp on his short game -- save a few more pars here and there -- the sky is the limit."