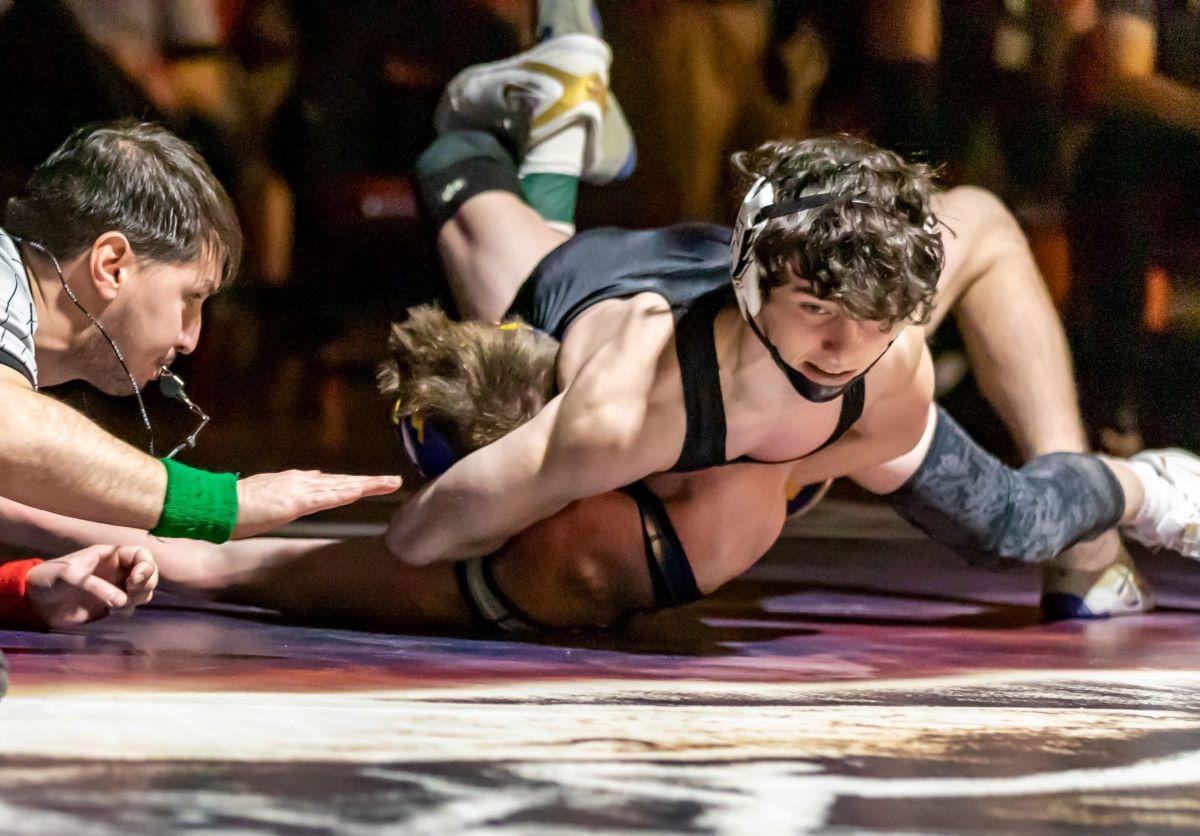 Jack Creamer of Dominion works toward a pin of Loudoun County's Timmy Faber in the 120-pound final at the 2020 Dulles District wrestling tournament. 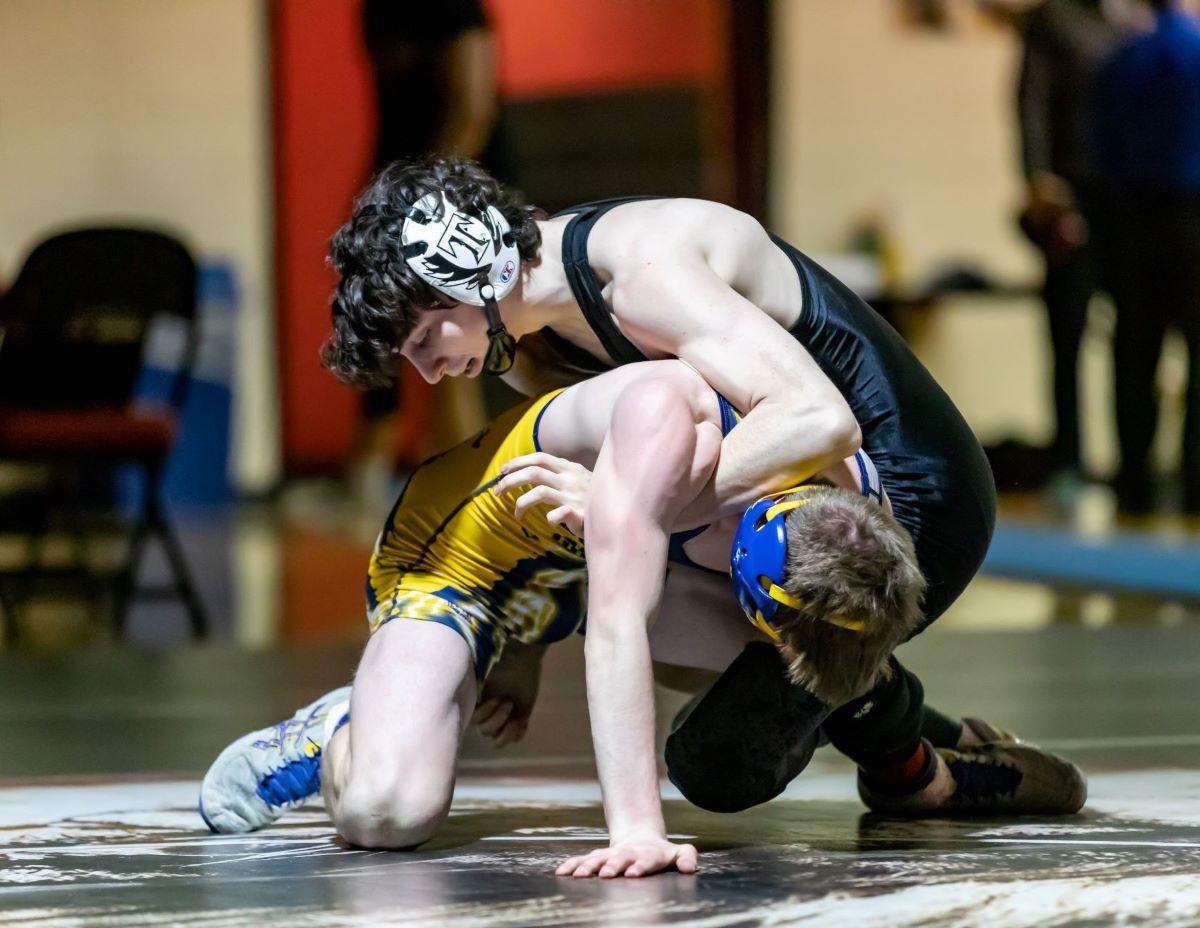 Jack Creamer, top, will continue his wrestling career at the University of Oklahoma.

Jack Creamer of Dominion works toward a pin of Loudoun County's Timmy Faber in the 120-pound final at the 2020 Dulles District wrestling tournament.

Jack Creamer, top, will continue his wrestling career at the University of Oklahoma.

With a strong drive to excel and a practice makes perfect approach that his parents instilled in him, Dominion High School Class of 2020 graduate Jack Creamer produced one of the most successful varsity wrestling careers in Loudoun history.

Creamer won 177 matches -- more than 100 of those by pinfall -- compared to just eight losses during his varsity career. He advanced to the state final in each of his final three seasons, winning back-to-back state championships as a sophomore and a junior.

"In wrestling, you need to have an alpha mentality," Creamer said of his approach to each match. "I get into a mindset that I have done all that I can off the mat and on the mat to succeed and [my opponent] can't take this opportunity away from me."

Creamer, who wrestled in the 106-pound division during his first two varsity years before moving to 113 pounds as a junior and 120 pounds as a senior, feels he made his biggest leap in the off-season between his freshman and sophomore years.

Fully prepared to take the next step following year-round training, Creamer capped his sophomore season by winning his first state championship. He defeated his opponent in overtime to earn state gold.

"Going into the state tournament, I wasn't one of the favorites to win it because I had lost at regionals," Creamer said. "Making it to the state final was nerve-racking for sure. But once I got to the match, I felt good. After I won, it was unbelievable ... I just felt like all the hard work I had put in had paid off."

Creamer's thrilling run to his first state crown led to an unstoppable charge through his junior season. When Creamer's hand was raised following his second straight state title victory, it capped an undefeated season that saw him win all 49 of his matches.

"I don't want to say it was easy. But I was just so in shape, so in tune that it was hard for kids to beat me," Creamer said. "I didn't really have a close match all year."

While Creamer won 54 matches and multiple tournament titles as a senior, his most memorable victory during his final varsity season was a team championship. Revered by his high school coaches for leading by example, Creamer was thrilled to see the Titans claim the 2020 Dulles District wrestling tournament title.

"By far, the most important team championship that we won was this year," Creamer said. "That was big for me because in years before we finished runner-up."

Creamer, who has trained at Scanlan Wrestling Academy in Sterling for the last four years, is a two-time All-Met selection by the Washington Post. He qualified for the Super 32 Challenge and was a Middle Atlantic Wrestling Association All-American in 2019.

Prior to wrestling, Creamer practiced Brazilian Jiu Jitsu. He placed first in the advanced division at the 2013 North American Grappling Association World Championship in New Jersey.

"Jiu Jitsu really helped me in my wrestling as far as body movement, self-awareness and learning how the body works," Creamer said. "The big difference is in Jiu Jitsu you can be on your back. In wrestling, you can get pinned."

Throughout his wrestling career, Creamer has thought of his mother before each match.

"I look into the stands and find an open spot," Creamer said. "I kind of picture my mom sitting there watching me and rooting for me."

Creamer originally committed to continue his education and wrestling career at Old Dominion University in Norfolk. He would later learn that Old Dominion was discontinuing its wrestling program, citing the expected budgetary impact of the COVID-19 pandemic.

After talking to Oklahoma head coach Lou Rosselli -- a member of the 1996 United States Olympic Team -- Creamer decided to head west and join one of the most successful wrestling programs in NCAA Division I history.

"I can't wait to wrestle at Oklahoma," Creamer said. "I know it's a big step up at Division I. Oklahoma is a ranked program and they wrestle a lot of other ranked opponents."

Creamer plans to redshirt and serve as a reserve at 125 pounds in his freshman year at Oklahoma. He wants to work with the team's nutritionist and strength coach in his first year to best prepare himself to reach his goal of competing in the NCAA Division I Wrestling Championships.

He also aims to provide a positive example for other local wrestlers.

"Wrestling in this area is on the rise," Creamer said. "I think if I can make it to a big school like Oklahoma, definitely a couple of other kids can."

Hopefully he will wrestle at Oklahoma and wrestling won't be a sport of the past. Since it is such a contact sport. I sure hope kids can continue wrestling. Both of my son's did and they are better men because of this sport and their coaches!!