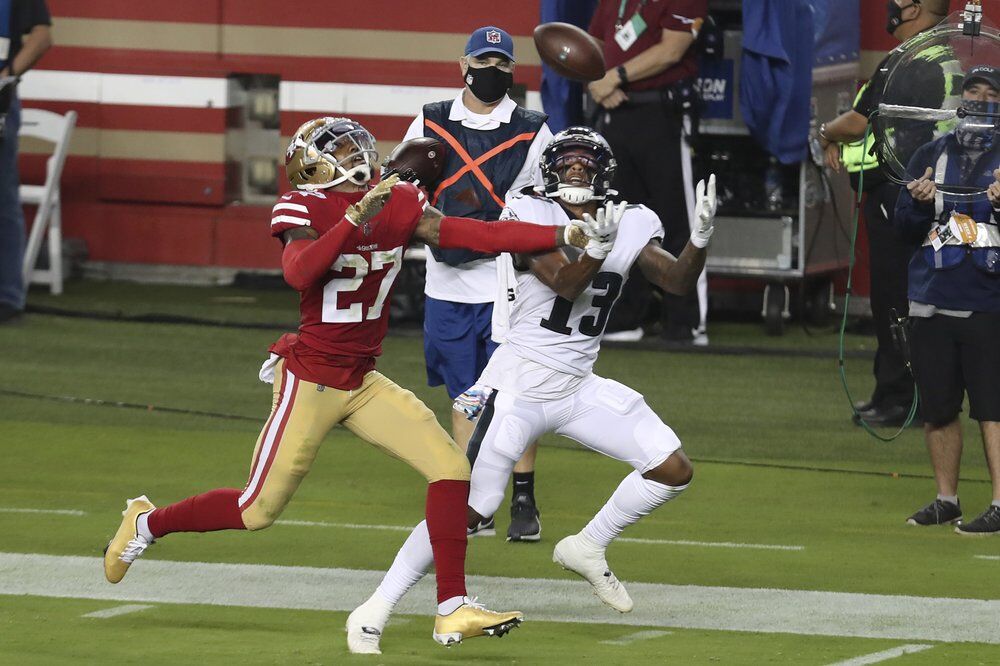 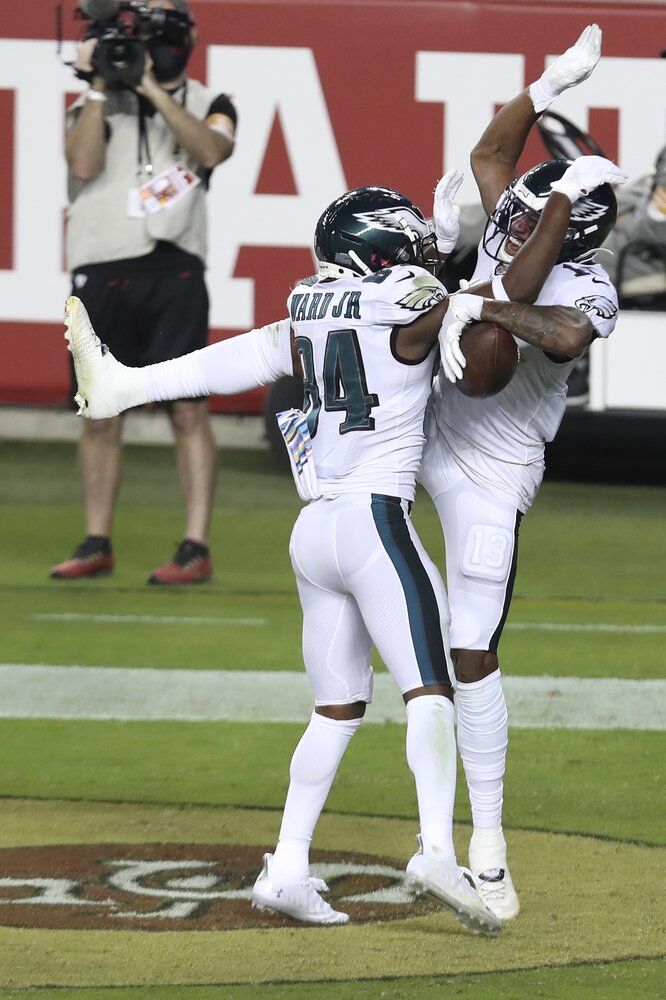 Promoted from the Eagles’ practice squad Saturday, Fulgham hauled in a 42-yard pass from Carson Wentz with 5:50 left in regulation for the go-ahead touchdown in Philadelphia’s 25-20 win over host San Francisco.

“After we broke the huddle, Carson said, ‘Get ready,’ so I knew there was a good shot he was going to throw the ball to me,” Fulgham said. “I came off the line, kind of beat the corner, do what I do every day in practice, and we just executed. At first, I actually lost the ball, but since Carson gave me a great throw, I was able to locate it and it was right in the breadbasket.”

Fulgham, selected by the Detroit Lions in the sixth round of the 2019 NFL Draft, secured his first career NFL touchdown to help the Eagles (1-2-1) vault into first place in the NFC East.

“It’s fun to see these young guys stepping up, making plays in big moments. It’s a huge team win for us,” Wentz said. “[Travis has] been working his tail off in practice. He’s been going up against our defense and the defense has said a lot of good things about him. Obviously, our opportunities together have been limited but we made a couple plays out here today. I’m just really proud of him.”

With the Eagles shorthanded at receiver due to injuries to DeSean Jackson, Alshon Jeffery, Jalen Reagor and J.J. Arcega-Whiteside, Fulgham made the most of his opportunity in prime-time Sunday. He led all Philadelphia pass-catchers with 57 receiving yards.

Prior to his touchdown, Fulgham hauled in a 15-yard pass from Wentz for his first NFL reception. He finished the game with two receptions for 57 yards on three targets.

“It was a big moment for me,” Fulgham said of his first catch. “I think it just gave Carson the trust in me to come back the second time and give me the chance to score that touchdown.”

Fulgham spent most of his 2019 rookie season on Detroit’s practice squad. After being waived by the Lions prior to the 2020 season, he was claimed by the Green Bay Packers before being waived again. Philadelphia added Fulgham to its training camp roster in August and he’s been on the practice squad leading up to Sunday’s game.

“On the practice squad, I’m going against some of the best corners in the game. They really got me ready for this moment,” Fulgham said. “I owe it all to the guys out on the field. They had confidence in me and that means a lot.”

Following a stellar senior season playing for coach Matt Griffis and the Broad Run Spartans, Fulgham walked on to the football program at Old Dominion University in 2014. He earned a scholarship and redshirted his freshman year.

Fulgham totaled 128 catches for 2,044 yards and 18 touchdowns during his four-year career for the Monarchs.

As a senior, Fulgham led Conference USA with 1,083 receiving yards on 63 receptions. Fulgham also caught a touchdown pass in nine straight games on his way to earning all-conference honors.