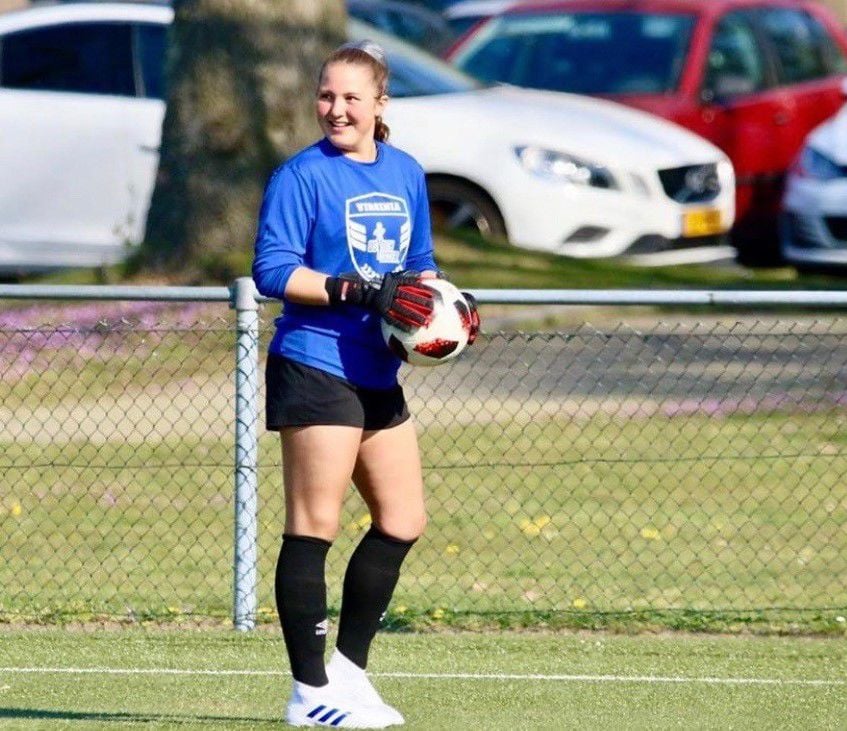 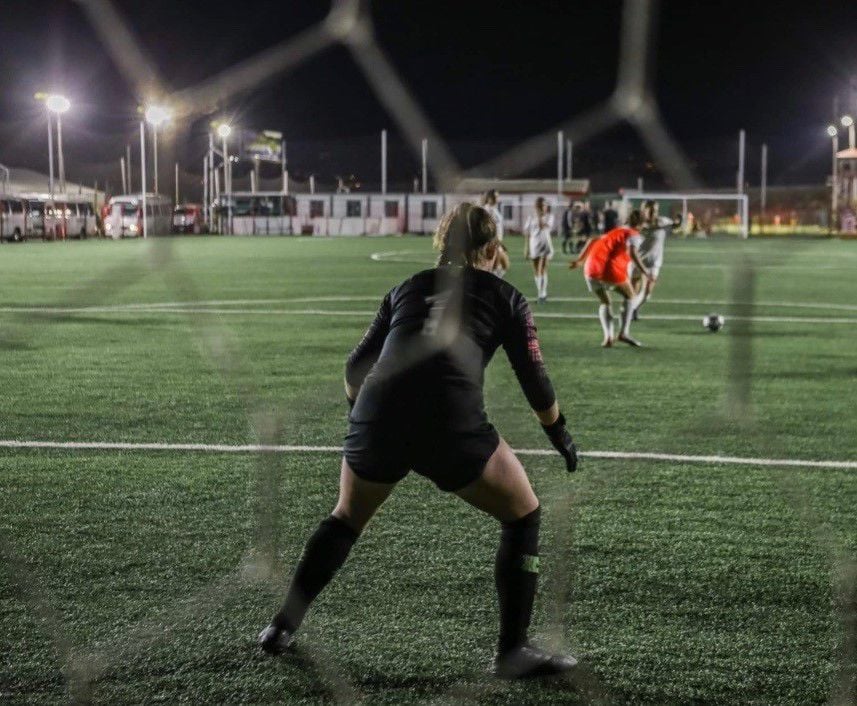 Meghan Groah anticipates the action from her goalkeeper position. 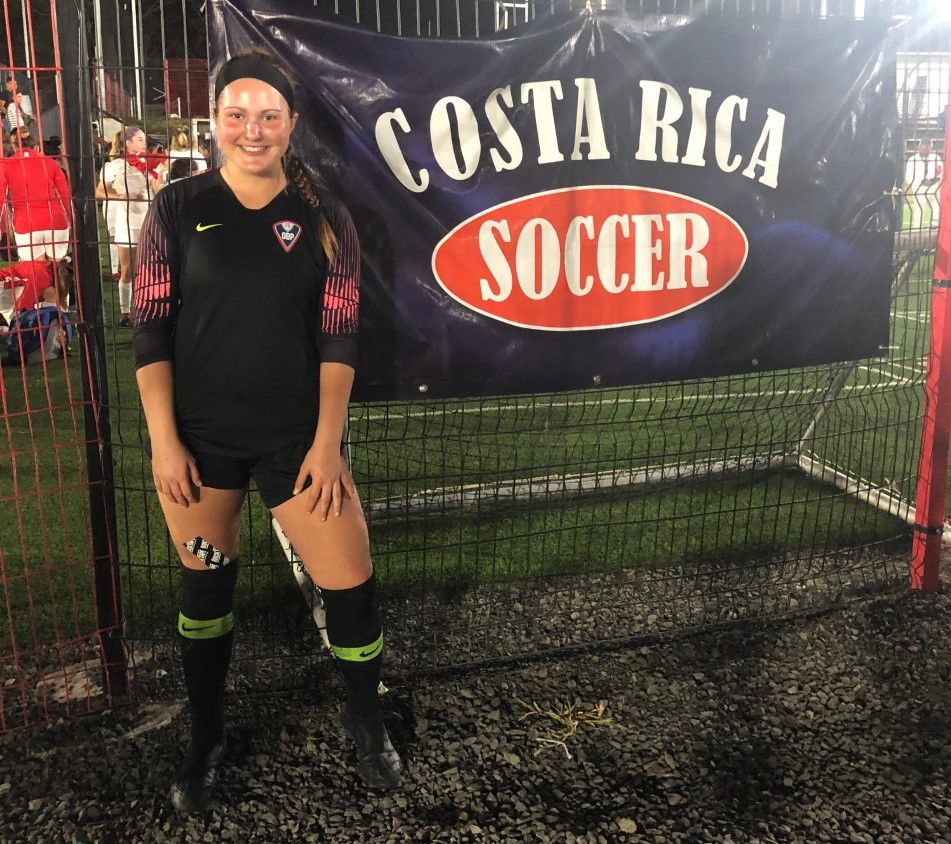 Meghan Groah competed for the Region I Olympic Development Program team at the 14th annual US Youth Soccer ODP International Tournament, held the final week of February in Costa Rica.

Meghan Groah anticipates the action from her goalkeeper position.

Meghan Groah competed for the Region I Olympic Development Program team at the 14th annual US Youth Soccer ODP International Tournament, held the final week of February in Costa Rica.

Over the past two soccer seasons, Groah has played on the 17U squad of the Virginia Olympic Development Program, and she’s impressed enough to earn a call-up to the Region I ODP team.

In that span Groah has traveled to the Netherlands, Germany and Costa Rica, getting to play soccer at “a higher level.”

“When we travel, we’re playing professional and semi-pro teams with a lot of older players, adults,” she said. “It’s a higher level. I have to adjust to harder shots and faster speed of play.”

Meanwhile, with the SYA 03G Red travel team, Groah’s been as far as Arizona and Florida for tournaments. Closer to home, she’s been the starting goalkeeper for the Phoenix of Rock Ridge High School each of the past two seasons.

The 202 saves she hauled in during her sophomore campaign was good for second-team all-district honors.

With her high school graduation still nearly two years away, Groah accepted an offer last October to play goalkeeper for St. John’s University, a Division I school in Queens, New York, starting in 2021.

Pretty good for a player who got cut from the first team she tried out for.

“There was a travel team everyone wanted to play for, called Winchester United,” she recalled. “After my first year playing outdoor rec, I thought I was ready for that team. But I got cut.”

She spent the next year “always outside, always practicing,” working to improve her athleticism and her keeper skills.

“It was that mindset of wanting more, wanting to improve, that really drove me,” she said.

She got her spot with Winchester United the following year. By the time the Groah family relocated to Loudoun before Meghan entered high school, she was a promising goalkeeper with lofty aspirations.

“After college, I want another experience in soccer,” she said. “I want to play professionally in the States or somewhere else in the world.”

After trying her hand at softball, Groah got her feet wet in soccer at age 9. Right away, she felt pulled back toward the goal.

“I didn’t really know how to kick, so I stayed in the goal and used my hands,” she said. “I didn’t know yet there was a position called goalkeeper, I just knew I got to use my hands.”

The first time she heard the position’s name, she wasn’t enticed.

“I thought it was someone who sat there and kept the score,” she said. “I didn’t want to do that; I wanted to play.”

The coach explained that the keeper could use her hands or her feet, and she could be the hero or most blamed player in the game. The spot then appealed to her.

She’s become a student of the position, which entails much more than sprawling saves and booming goal kicks.

“You have to communicate. You have to have a strong, confident field presence. You’re preventing problems with your voice before they happen,” she explained. “You have to take a pass back and find an outlet right away. You have to make quick decisions. It’s more than making saves.”

Groah enjoys playing a position that’s often at the focal point of a game.

“People ask, ‘why would you want to do that?’,” she said. “The ball’s getting kicked at you, you’re down at people’s feet, you’re risking your body to play. But I love it.”