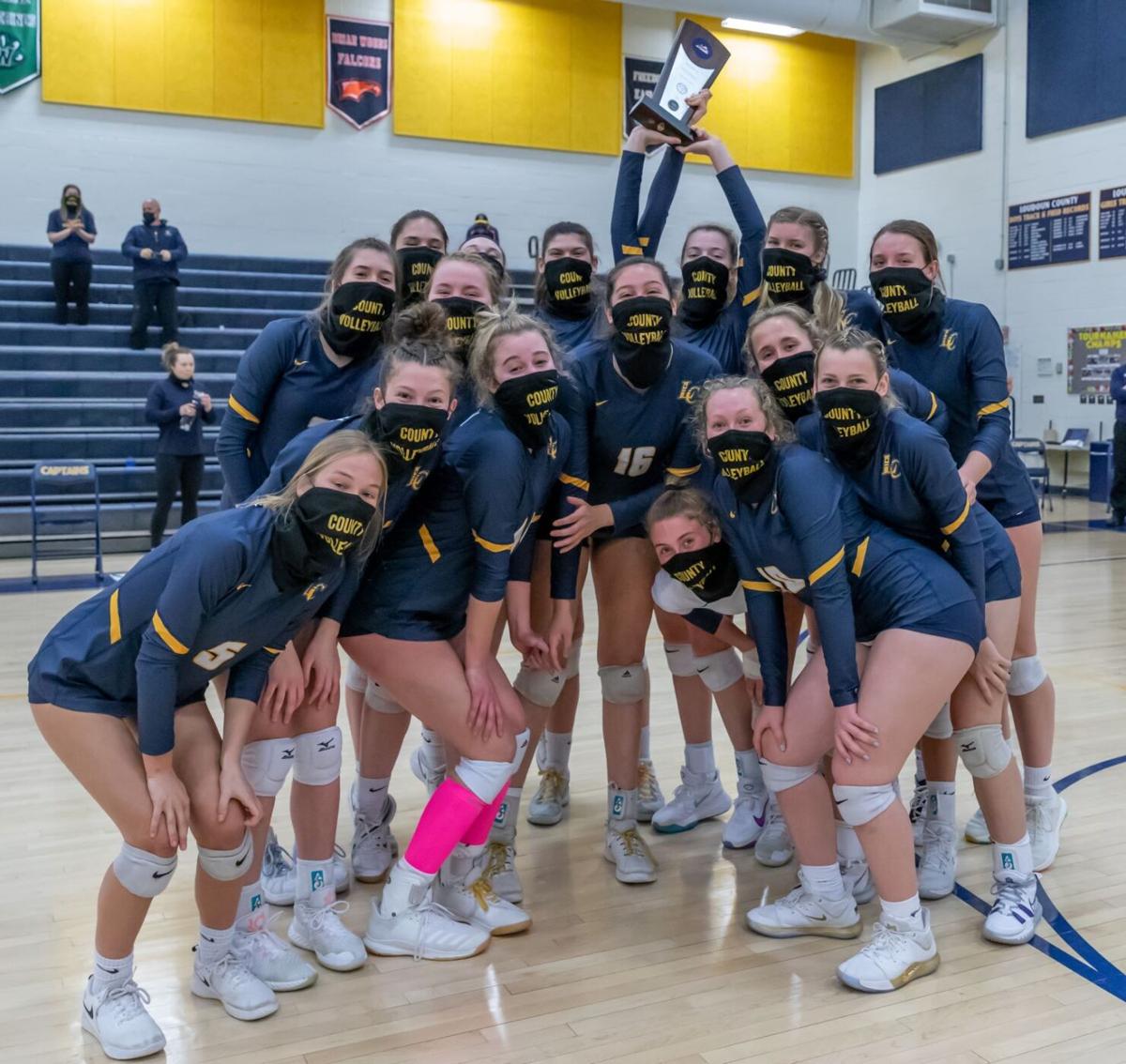 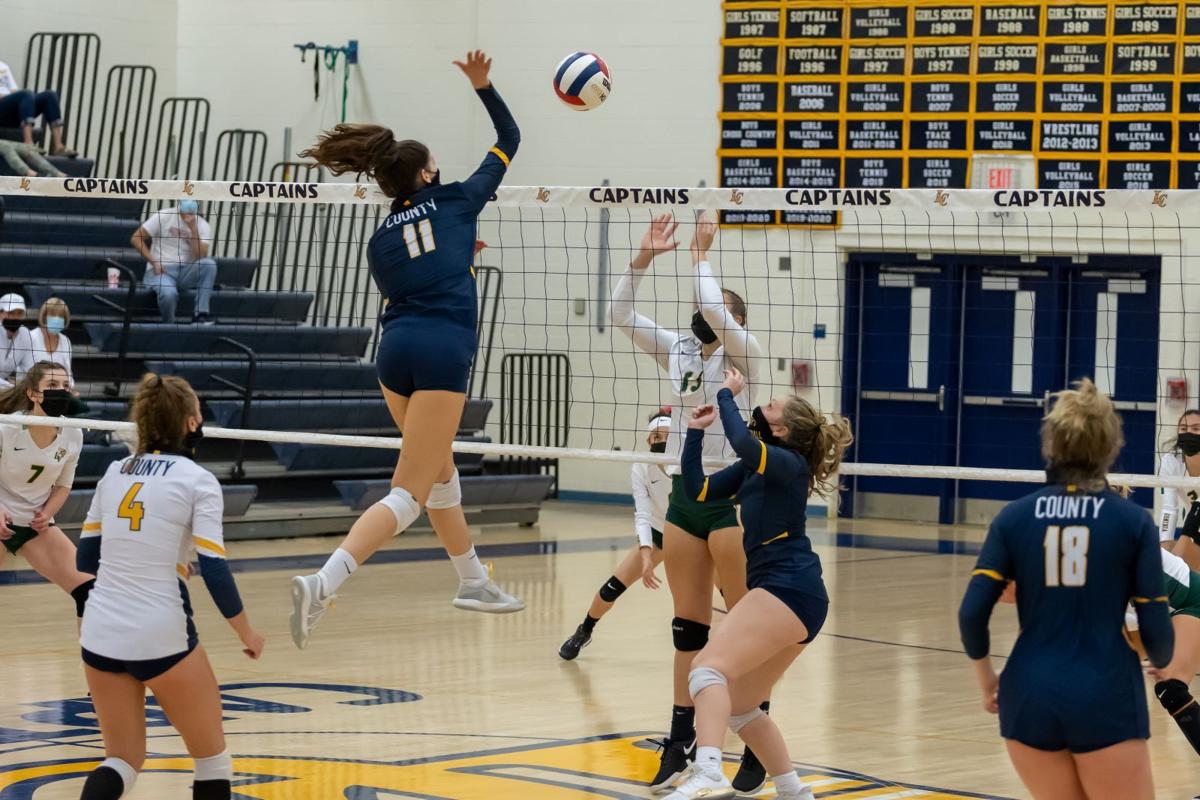 Loudoun County senior Ella Solomon rises above the net for a spike. 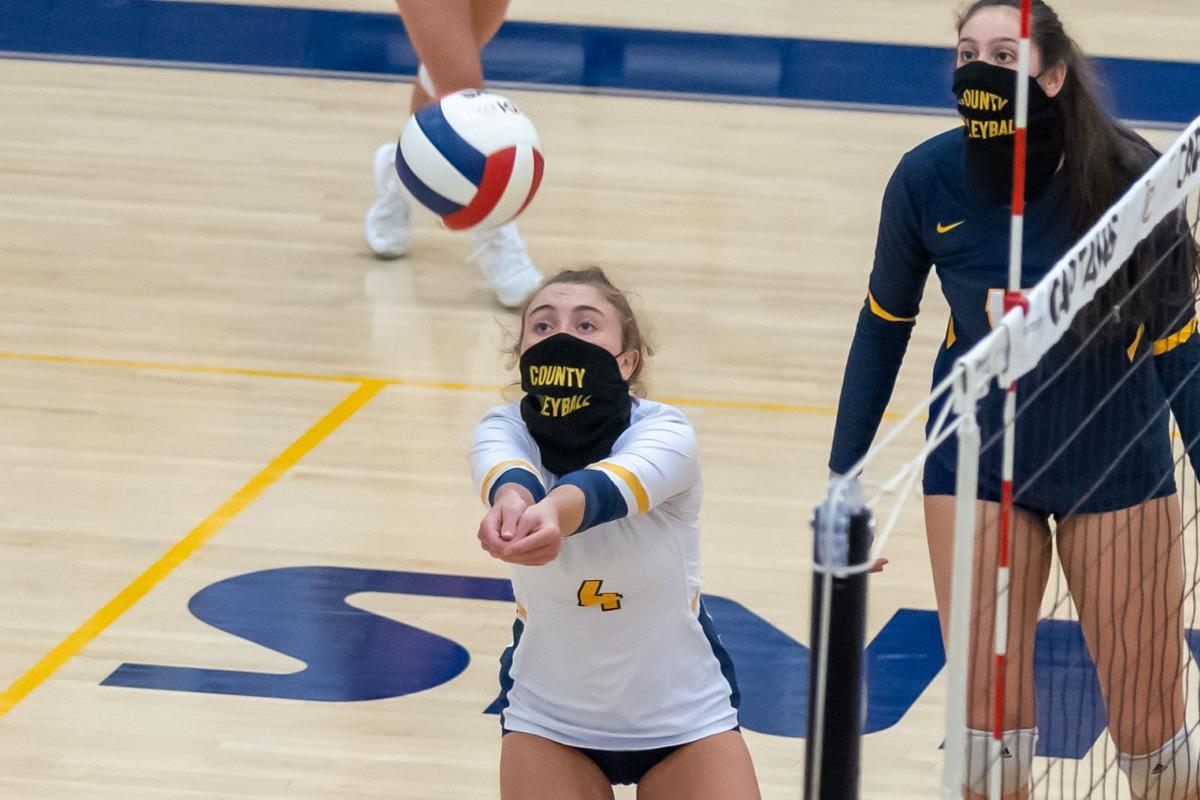 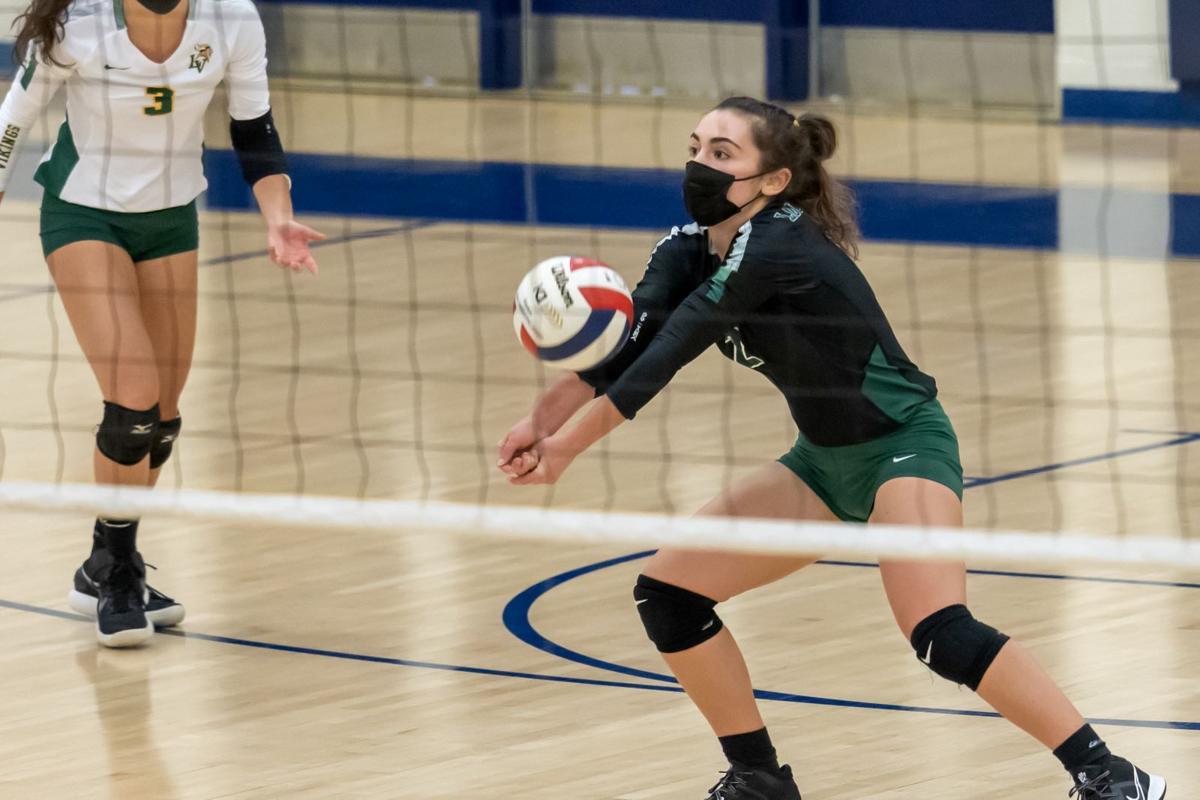 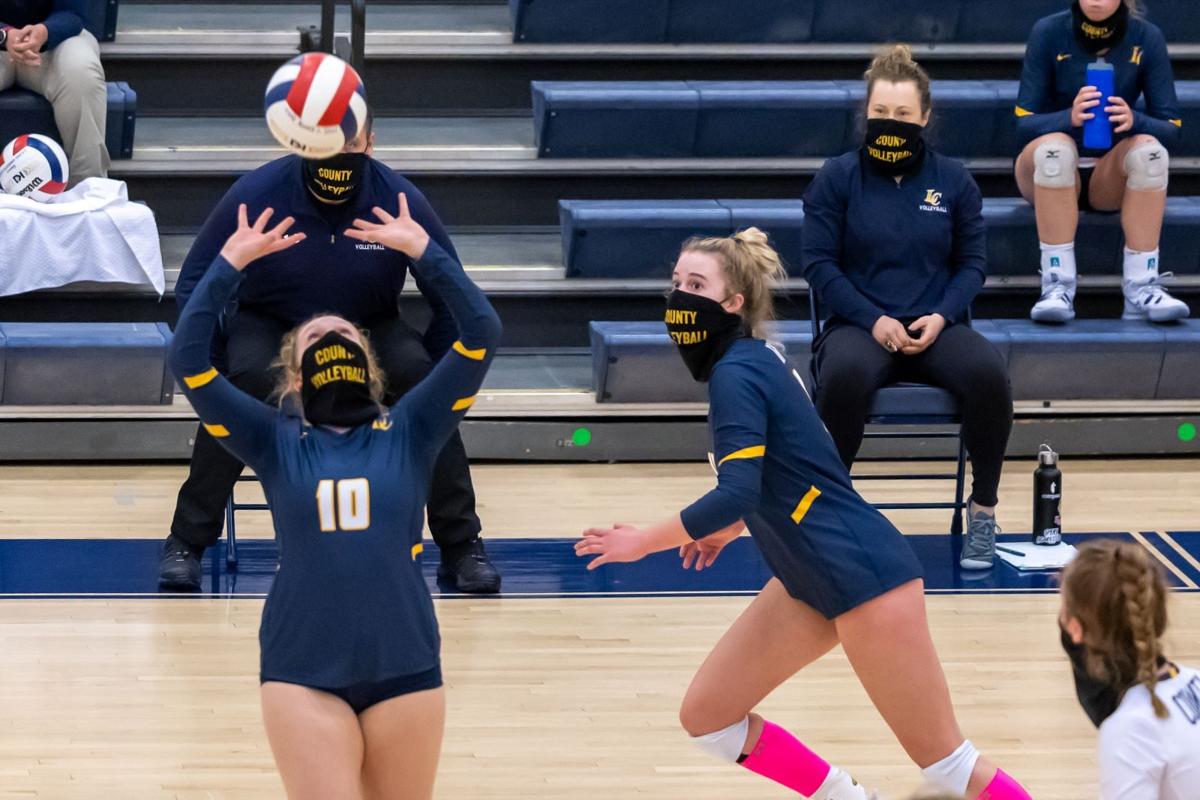 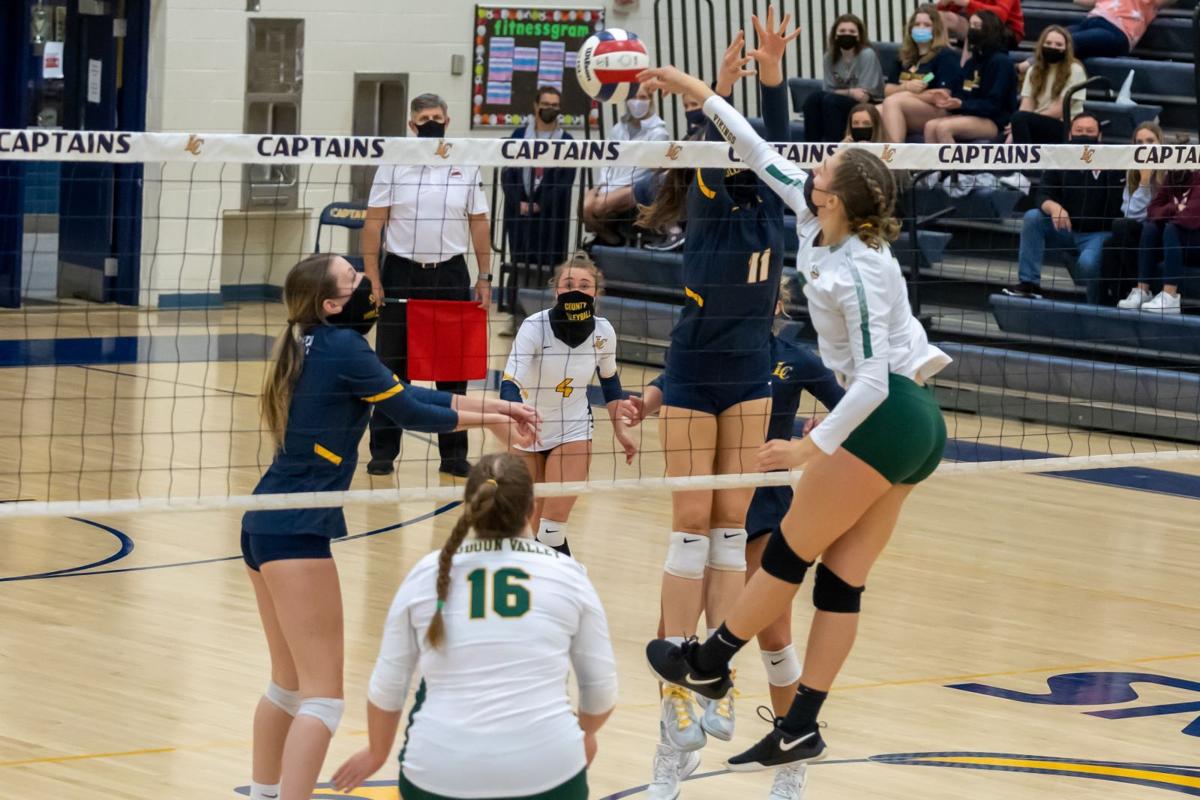 Loudoun Valley and Loudoun County players compete at the net. 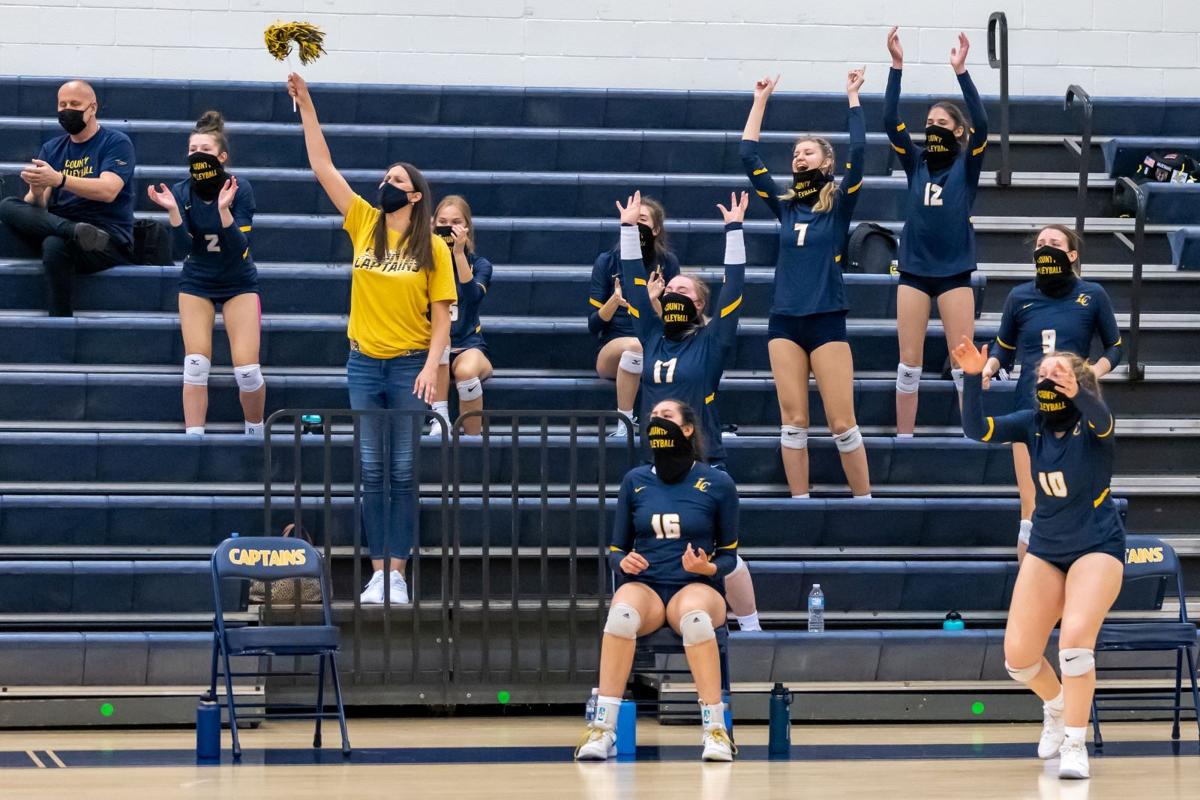 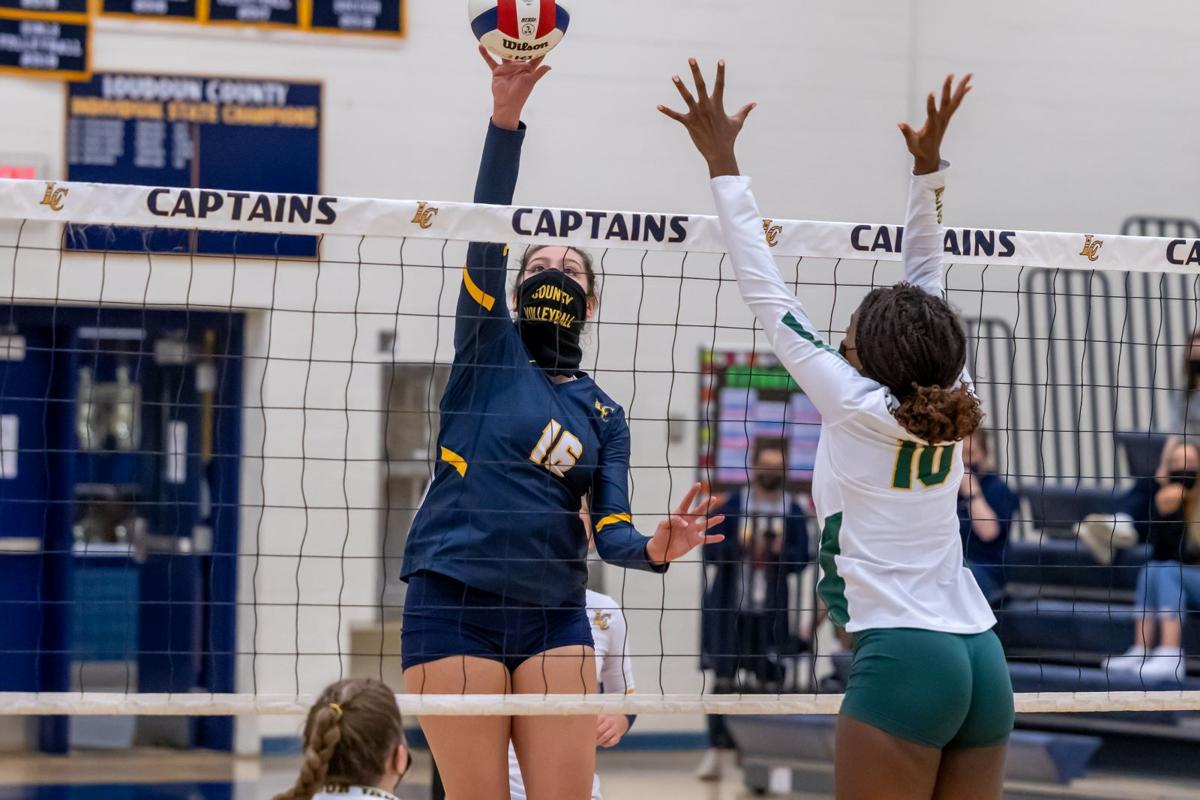 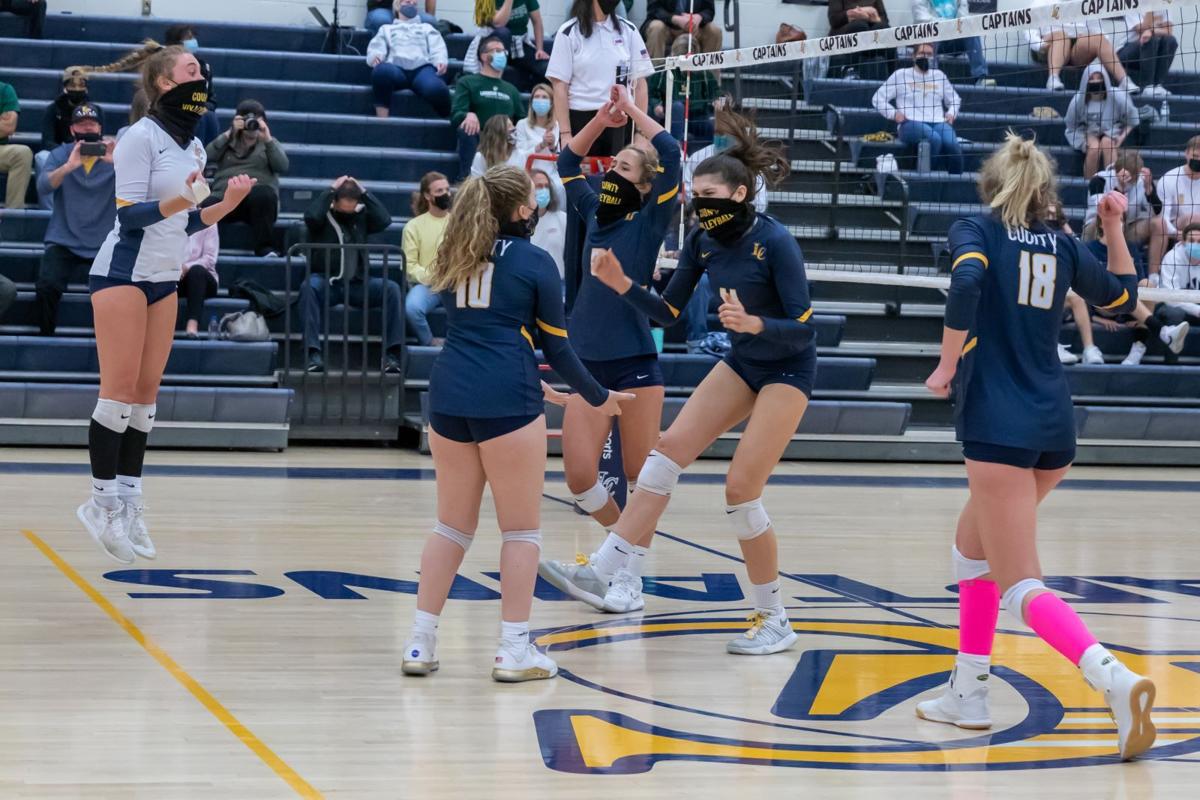 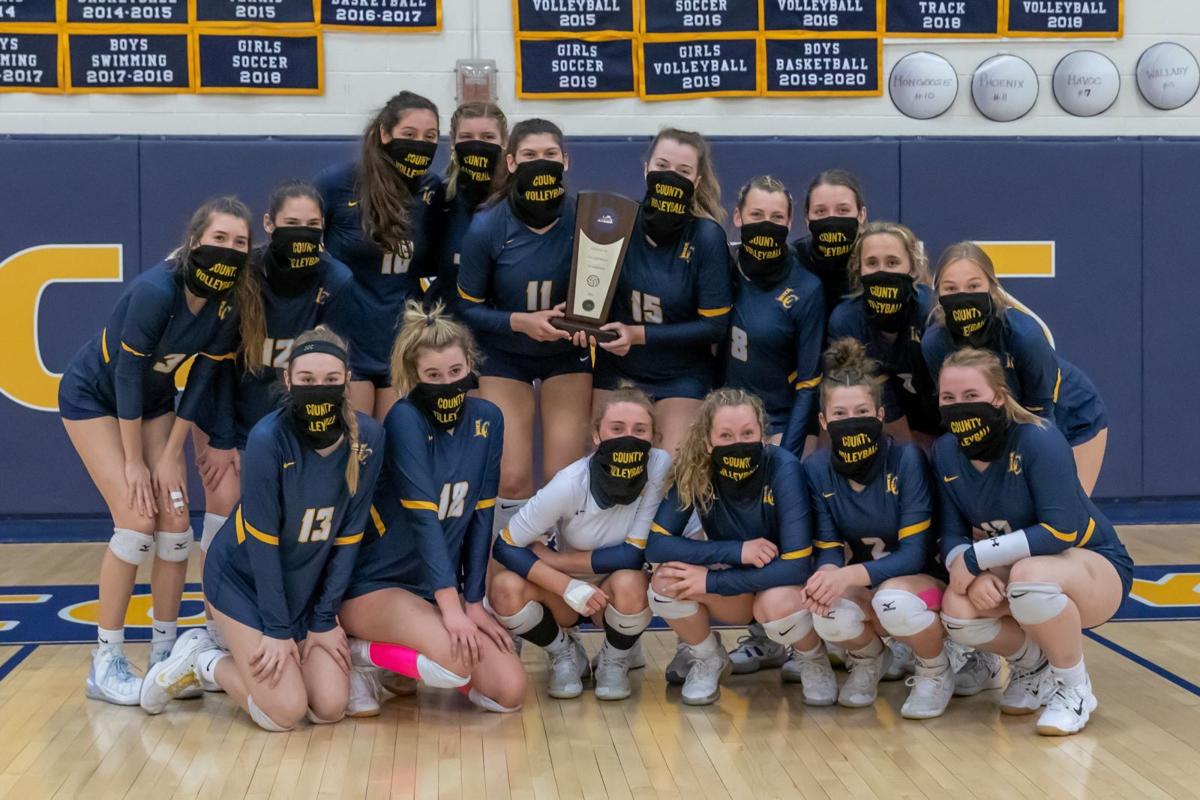 The Loudoun County Captains are heading back to the state tournament after winning the Region 4C tournament championship.

Loudoun County senior Ella Solomon rises above the net for a spike.

Loudoun Valley and Loudoun County players compete at the net.

The Loudoun County Captains are heading back to the state tournament after winning the Region 4C tournament championship.

"We ran through every emotion that this sport has to offer tonight," he said.

State champions in each of the last eight seasons, the host Captains overcame a supreme challenge by the Vikings to earn the right to play in the state tournament and attempt to push that streak to nine.

"[Valley] coach [Carmel] Keilty is a great coach. She makes so many good adjustments," Senchak said. "My players went through more adjustments than we've ever been through before. We weren't getting them all right. When we finally locked in, that's what made the difference. We had the right adjustments at the right times."

Trailing 9-7 in the first set, County scored six straight points -- five points on the serve of junior Hanna Mullan -- to take a 13-9 lead. Following a 4-0 surge by Valley to pull even, County won 12 of the final 16 points to close out the opening set.

The Captains continued that momentum in the second set, racing out to an 18-7 lead. Valley responded and trimmed the deficit to 23-19 before County prevailed 25-20 to take a two-set lead.

Despite trailing 2-0, Valley gained confidence after mounting a rally in the second set. The Vikings built leads of 21-15 and 24-22 in the third set.

County erased two set points and earned a match point following junior Bella Sierra's kill to give the Captains a 26-25 lead. Valley bounced back and finished off the third set on consecutive winners by junior Lara Moore and senior Faith Nguyen.

The Vikings led from start to finish in the fourth set on their way to a 25-21 win to force a decisive fifth set.

Valley led 3-1 early in the fifth set before County took a 5-4 advantage on a kill by senior Alicia McCandless. The Captains would maintain a lead the rest of the way en route to a 15-12 victory.

"We grew up quite a bit tonight," Senchak said. "We were seriously tested. The question is do you fold or do you fight. We stood up and fought at the end."

Following the emotional loss, Valley players and coaches made their way across the court to acknowledge the fans that made the trip from Purcellville to support the Vikings.

"I'm just so proud of this team," Keilty said. "A great group of kids. They worked hard everyday. I'm sorry we didn't win, it breaks my heart."

"Blacksburg is powerful every single year," Senchak said. "We played them the last two seasons and they were a fight. It's not going to get any easier, that's for sure."