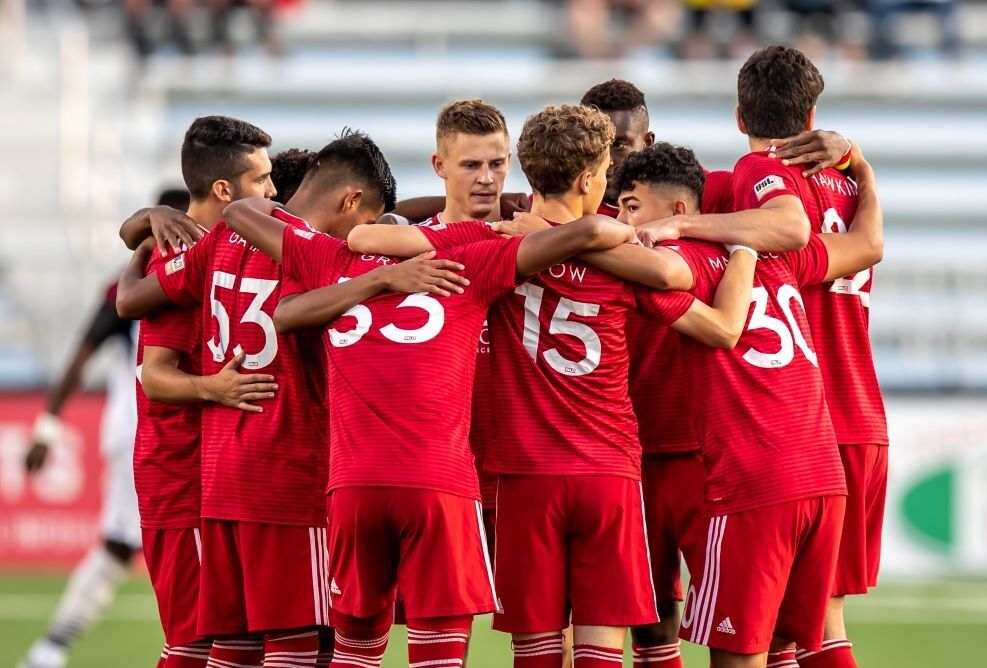 Loudoun United FC, shown here during a 2019 home game, will restart the 2020 USL Championship season July 20 on the road against Hartford Athletic. 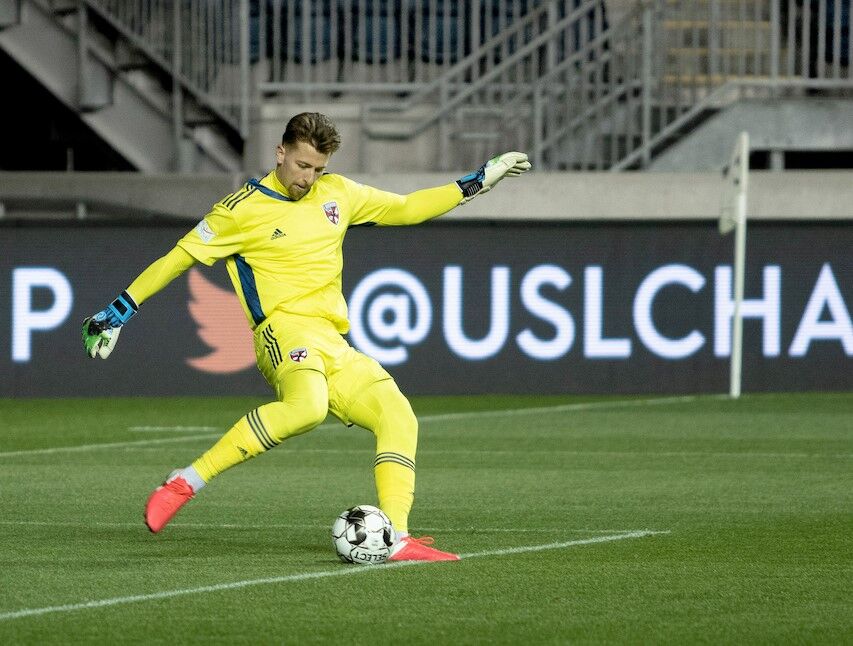 Colin Miller kept a clean sheet in goal during Loudoun United's season opener March 7 at Philadelphia. After a four-month suspension in play due to the COVID-19 pandemic, Miller and his teammates will return to action July 20 at Hartford.

Loudoun United FC, shown here during a 2019 home game, will restart the 2020 USL Championship season July 20 on the road against Hartford Athletic.

Colin Miller kept a clean sheet in goal during Loudoun United's season opener March 7 at Philadelphia. After a four-month suspension in play due to the COVID-19 pandemic, Miller and his teammates will return to action July 20 at Hartford.

The 2020 United Soccer League Championship season is back underway after the COVID-19 pandemic led to a four-month suspension of play. Loudoun United FC makes their long-awaited return to action July 20 in a road match against Hartford Athletic.

"It's been a long time coming," said goalkeeper Colin Miller, in his second year with Loudoun United after playing four seasons at Providence College. "There's a lot of uncertainty going on with each one of the guys over the past few months. Now with the season being set in stone and knowing we have Hartford to look forward to, we really couldn't be more excited to get going."

After months of virtual and individual training, Loudoun United returned to in-person training in June to prepare for the restart of the season. Loudoun United recently played the Richmond Kickers -- a USL League One team -- in a scrimmage.

"We started about a month ago in real small groups, just trying to stick with league protocol," Miller said. "It was really just guys that were here locally. We've slowly started to integrate everybody back in."

"We got to as many as 10 guys training at the same time," Miller continued. "Then about two weeks ago, we were full on with everybody back. It's been nice just seeing the guys and building chemistry again. It's really a second preseason for us."

The USL Championship has begun a stretch of playing 263 matches over a three-month period to determine which 16 of the league's 35 teams will qualify for the playoffs. Teams have been placed into one of eight groups for the restart of the season.

Loudoun United will compete in Group F, along with Hartford Athletic, New York Red Bulls II, Philadelphia Union II and the Pittsburgh Riverhounds SC. The top two teams from the group will advance to the postseason, set to begin in October.

"We are in a relatively tough group with a team like Pittsburgh and a team like Red Bulls, who are [both] near the top of the Eastern Conference every year," Miller said. "We want to be right there and compete with them and try to get to the playoffs."

"Then once the playoffs start, you have those one-off games where anybody can move on no matter if you are the No. 1 seed or the No. 16 seed," Miller continued. "You can really make a run in the tournament. So as a team, we want to make the playoffs and collectively be the best version of ourselves."

Loudoun United completed one match -- a scoreless draw at Philadelphia Union II on March 7 -- in their second overall season before play was suspended. LUFC is scheduled to play 15 more matches -- six home and nine away -- to conclude the regular season.

Following four consecutive road matches to restart the season, Loudoun United will return to Segra Field in Leesburg to host Pittsburgh on Aug. 19. Loudoun United is exploring the possibility of allowing a limited number of spectators to attend home matches.

The remaining home schedule features a pair of games against both Pittsburgh and New York, in addition to matches against Philadelphia and North Carolina at Segra Field.

For now, Loudoun United's sole focus is a July 20 date against Hartford for a match that will be televised nationally on ESPN2.

"There is a ton of excitement amongst the group. Coach Ryan [Martin] brought it up," Miller said. "He wants it to be a big deal for us -- I think it's nice that we've put in a lot of work and now we get to showcase it on a national stage -- but he also doesn't want it to get the better of us. He wants us to live in the moment and enjoy it, but not let it engulf us and take us over."

Away vs. Pittsburgh Riverhounds SC, 7 p.m.