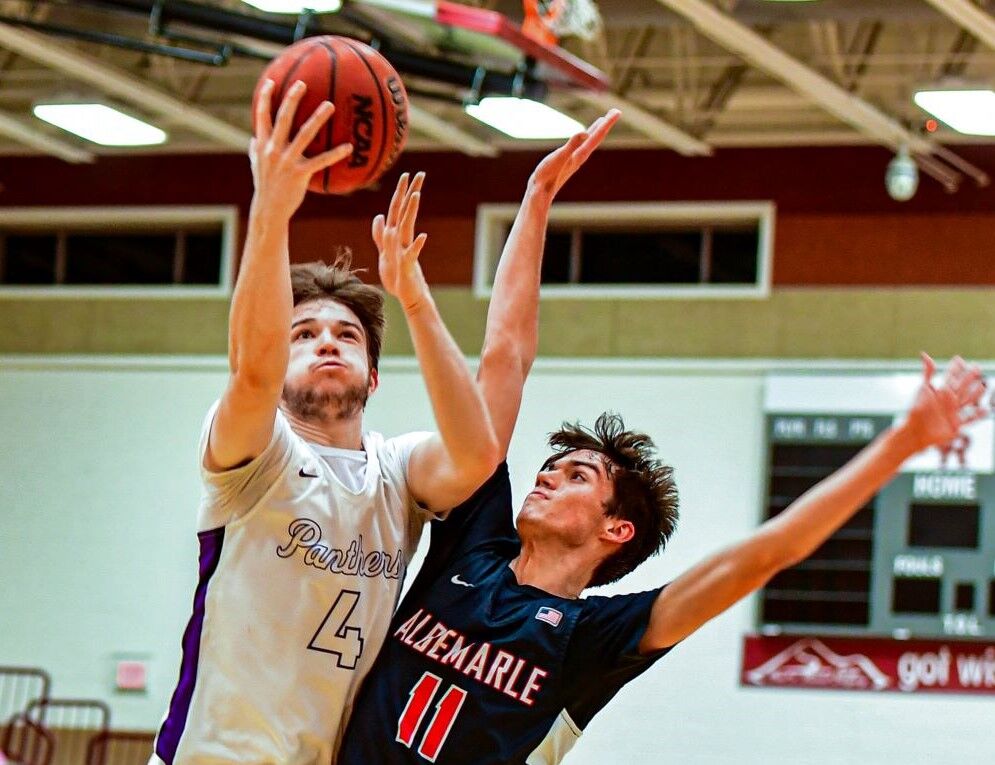 Potomac Falls senior Landon Hawes rises for a layup during a 2020 Virginia Class 5 state quarterfinal round game against Albemarle at Rock Ridge High School. Hawes and the Panthers won the game 69-47 to advance to the state semifinals for a second straight year. 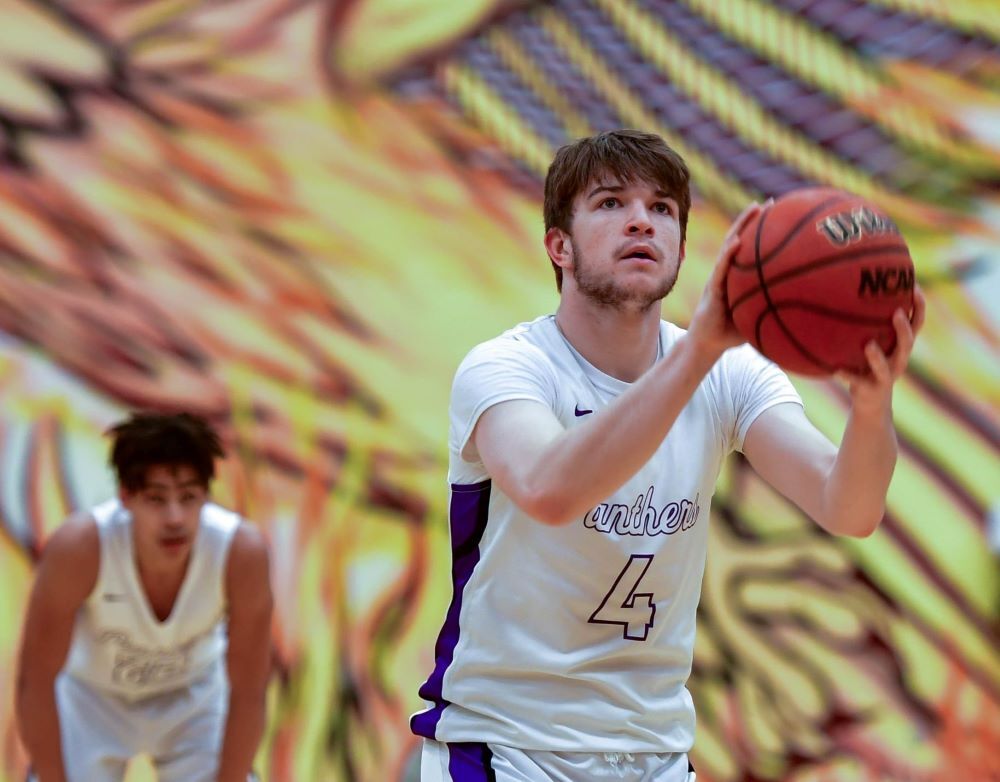 Landon Hawes concludes his varsity career at Potomac Falls with 1,323 points, 575 rebounds, 232 assists and 133 made 3-pointers.

Potomac Falls senior Landon Hawes rises for a layup during a 2020 Virginia Class 5 state quarterfinal round game against Albemarle at Rock Ridge High School. Hawes and the Panthers won the game 69-47 to advance to the state semifinals for a second straight year.

Landon Hawes concludes his varsity career at Potomac Falls with 1,323 points, 575 rebounds, 232 assists and 133 made 3-pointers.

His dad Jeff Hawes has coached the Panthers since the school opened in 1997 -- guiding Potomac Falls to numerous district and regional championships, along with consecutive state titles in 2010 and 2011.

When it became his time to be a team leader and leave a mark on the program, Landon Hawes was up to the challenge.

"I've been in the program my whole life," Hawes said. "I had already seen it done so well considering we've had so many good leaders."

Hawes produced one of the best seasons in Potomac Falls' history during his senior year in 2019-2020. He averaged 21.2 points, 9 rebounds and 3 assists per game for a Panther team that won their second straight regional championship.

The 2020 Potomac District and Region 5C Player of the Year, Hawes fell one vote short of being selected as the VHSL Class 5 Player of the Year. He earned first-team all-state honors and was a second-team selection on the Washington Post All-Met basketball team, becoming just the second Panther (Lukas Mihailovich) to earn All-Met honors.

"He worked hard and was very humble about it," Jeff Hawes said of Landon. "He really did have a great year this season. He led the league in scoring, was tied for the lead in rebounding and he led our team in assists."

"One can argue across the board he might have had the best single season in the history of our school," Hawes continued. "There's been a lot of good ones, but he's right there."

With Landon Hawes and Jalen Coker -- a second-team all-state selection who also excels at football -- leading the way, Potomac Falls won the Potomac District regular-season title and the Region 5C tournament championship in 2020.

"I think we surprised a lot of people this year with what we did," Landon Hawes said. "I don't think anyone expected us to be this good after losing Ian [Anderson] and a bunch of seniors. We had a lot of guys step up this year and play their roles really well."

The Panthers also advanced to the Virginia Class 5 state semifinals for a second consecutive season.

"Our two studs played like studs, especially down the stretch," Jeff Hawes said. "Everyone else -- which has been a staple of our program -- not only accepted their role but got better at their role. All the way to the 13th guy on our roster, everyone just played phenomenal."

"It's hard to ever win a region [tournament]," Hawes continued. "But to graduate seven kids like we did last year and probably 80 percent of our scoring and come back and win it again this year against some pretty good teams, we were thrilled."

Landon Hawes accumulated 1,323 points, 575 rebounds, 232 assists and drained 133 shots from 3-point range during his varsity career -- placing among the top five in program history in all four statistical categories. He played on the Panthers' 19-1 freshmen team during his first year of high school.

"I don't know if I really realized what a great career he had until it was all said and done," Jeff Hawes said. "I've been lucky to have a lot of great players. If anyone ever wants to know the top five, I'm not sure where he falls, but he's definitely in there."

Potomac Falls won 20-plus games in each of Landon Hawes' three varsity seasons, highlighted by a 22-0 regular season in 2018-2019.

"With all the good teams and state-title teams that my dad has coached, that was the first team that ever went undefeated through the regular season," Hawes said. "That was a pretty cool thing to accomplish."

Hawes, who stands 6-foot-4 and can play almost any position on the court, is considering an education or business major at Christopher Newport.

"Once I visited, I fell in love with the campus," Hawes said. "The whole team camaraderie really got me hooked. Then whenever I visited any other school, I compared it to CNU and none of them could compare for me."

Hawes will reunite with Potomac Falls alum Ian Anderson at Christopher Newport. Hawes said he's excited to play again with Anderson, his former varsity and AAU teammate. Anderson averaged 9.6 points and 5.5 rebounds as a freshman for the Captains.

Christopher Newport has reached the semifinals of the NCAA Division III men's basketball tournament twice since 2016. The Captains (23-6) won a pair of NCAA tournament games in 2020 and were preparing for a Sweet 16 game when the season was cancelled.

Hawes is part of a big recruiting class coming in for head coach John Krikorian and the Captains.

"It felt nice knowing they really wanted me," Hawes said. "It just felt like home for me."