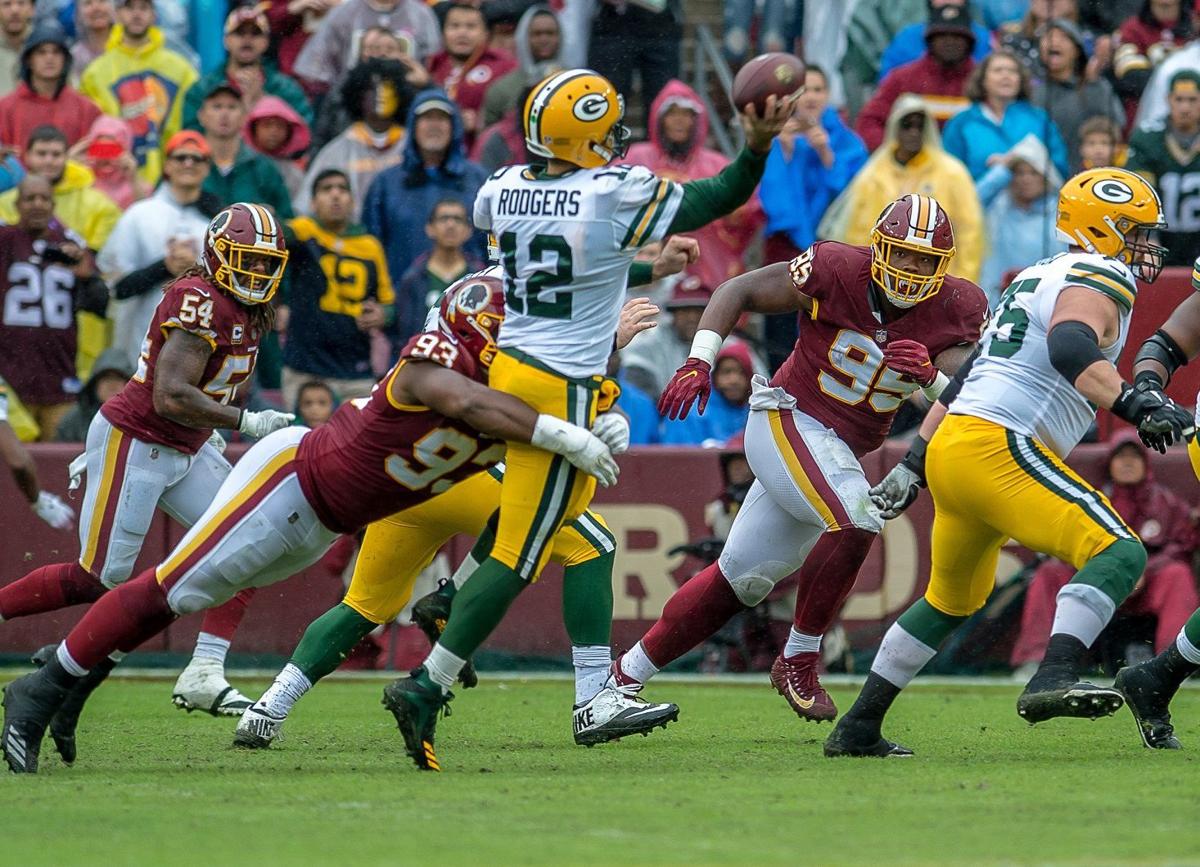 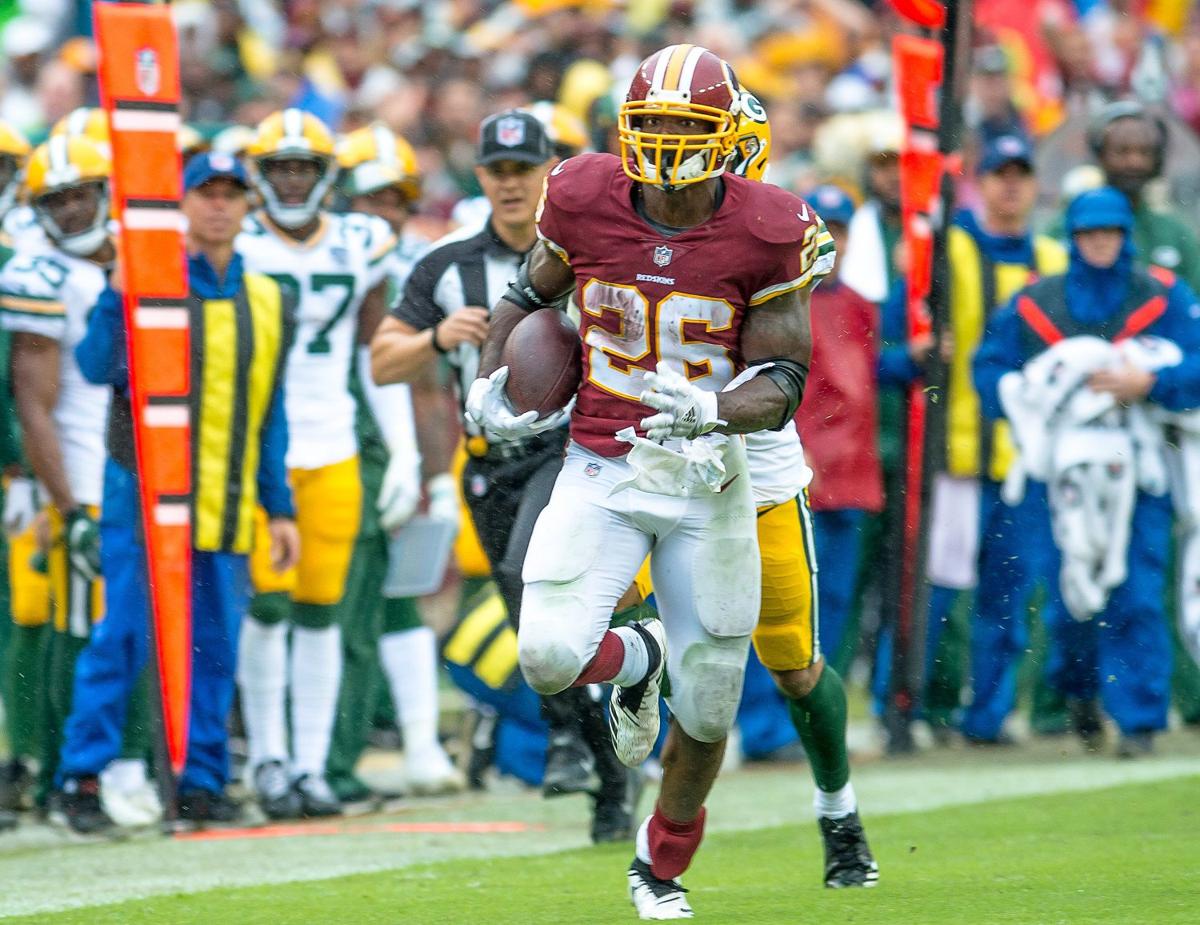 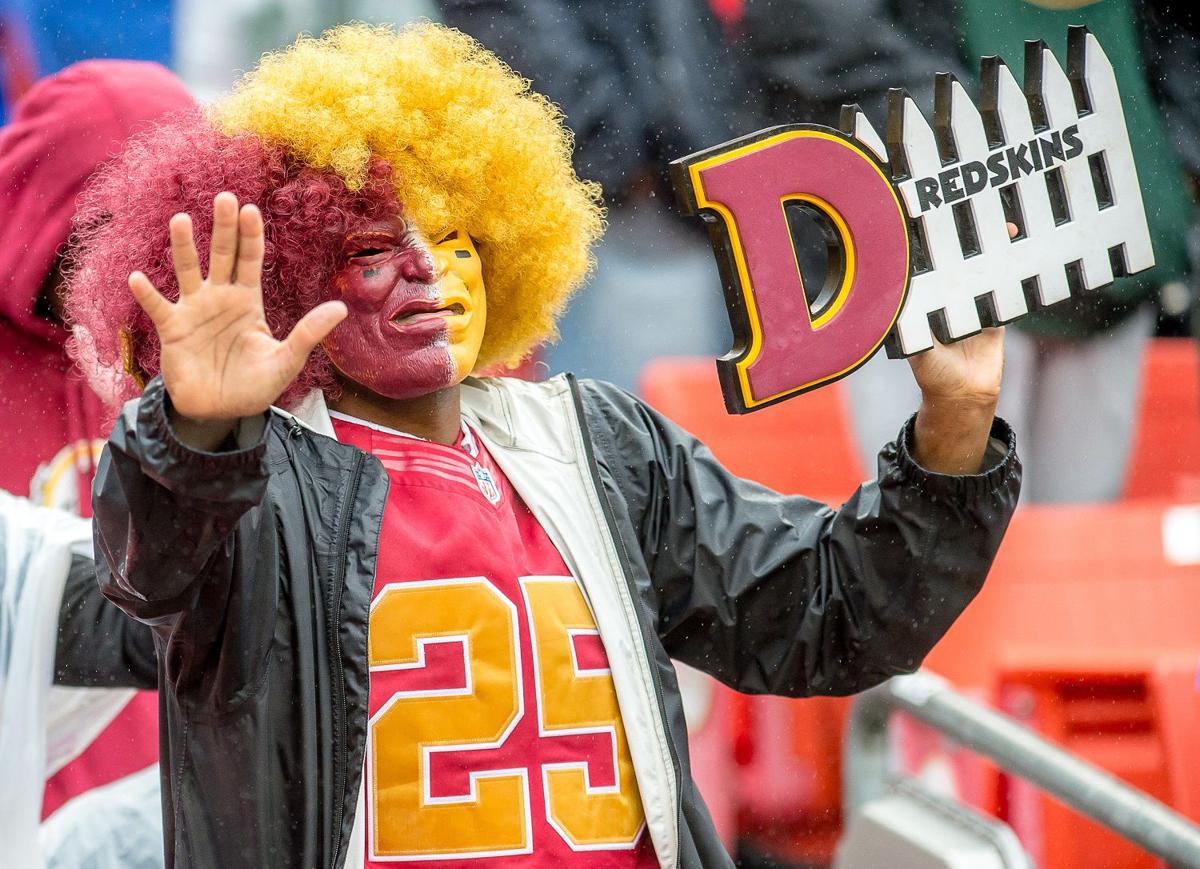 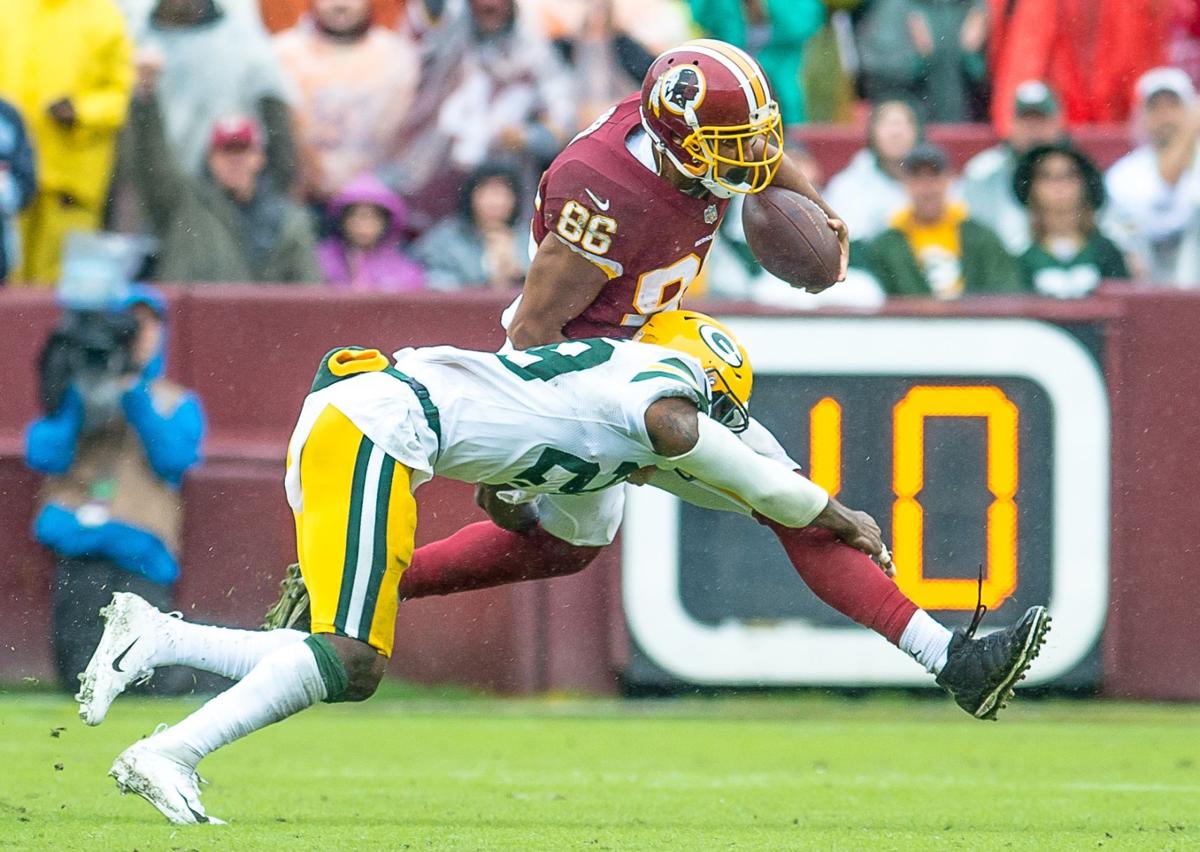 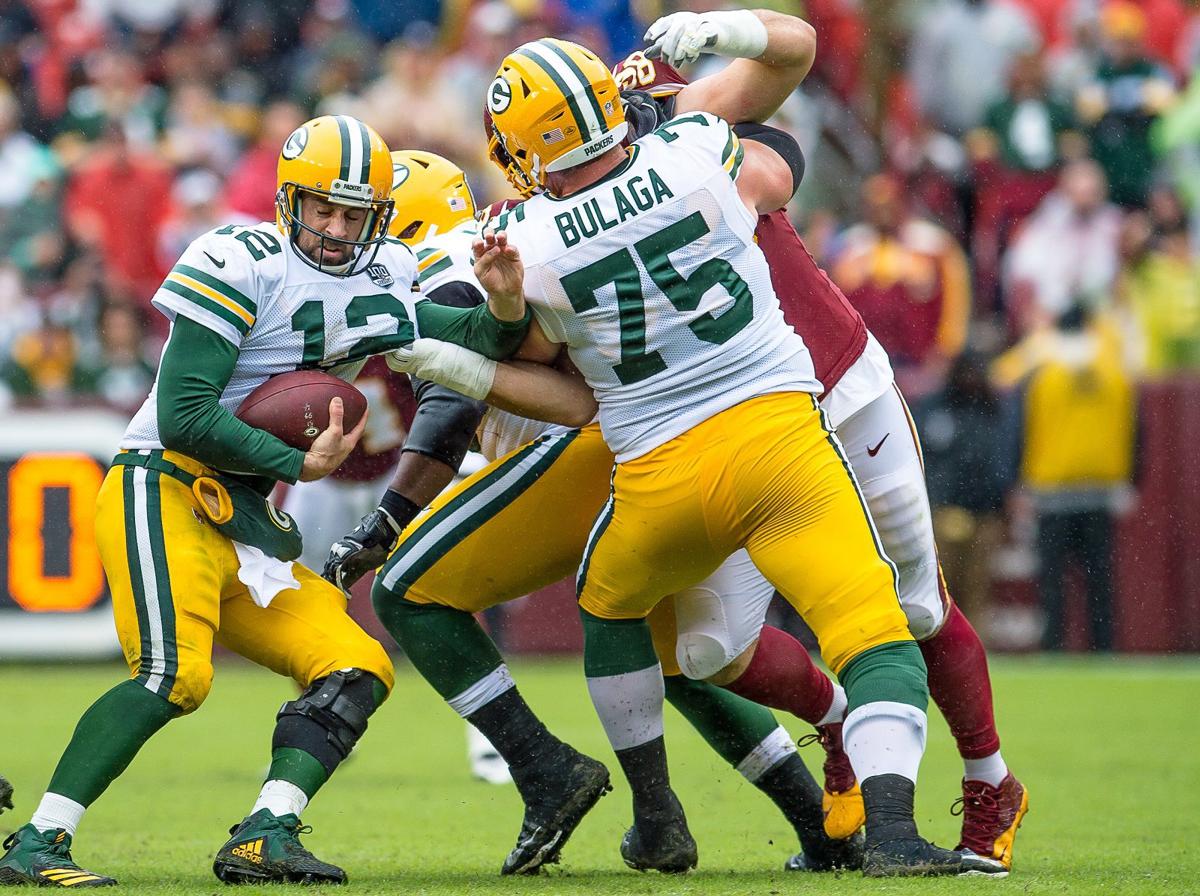 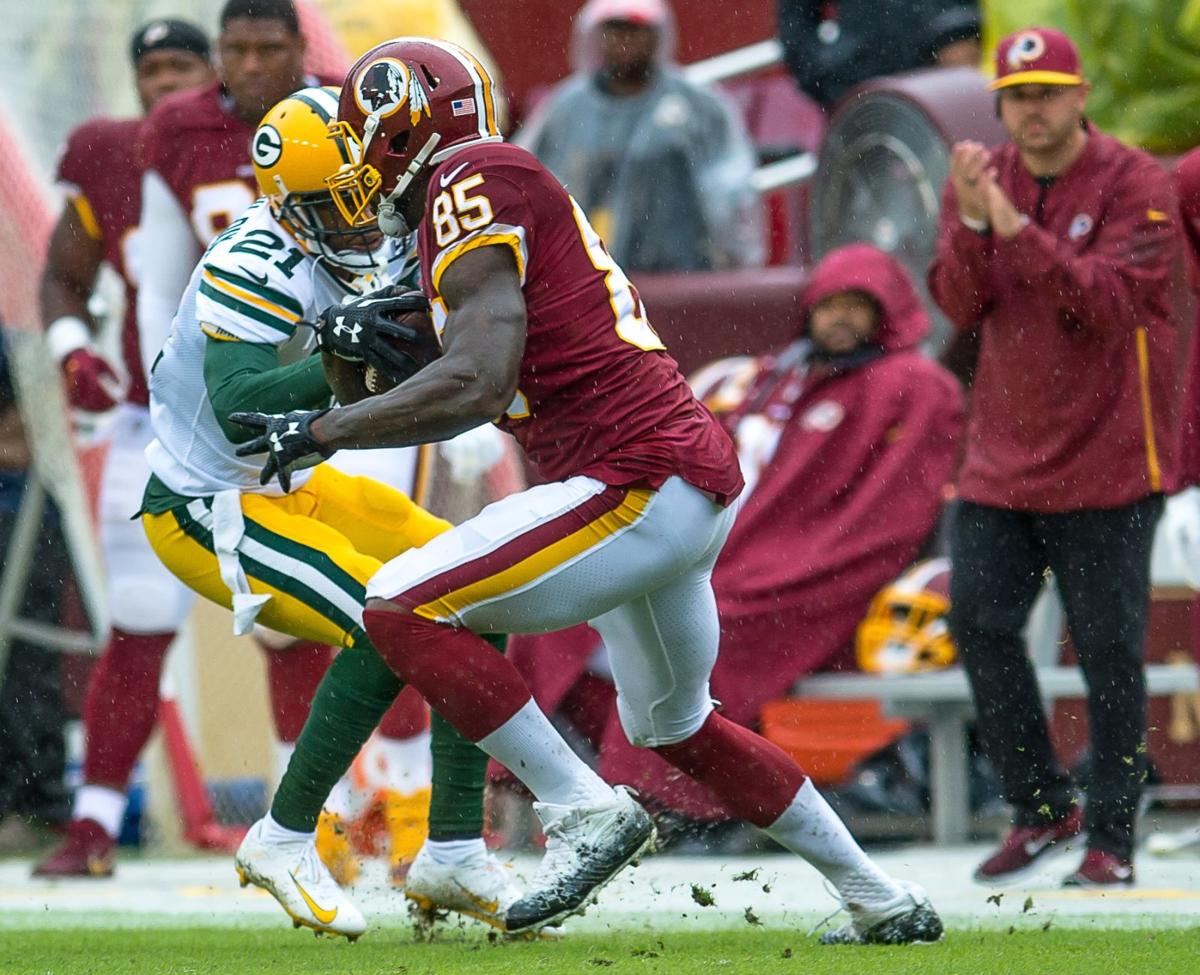 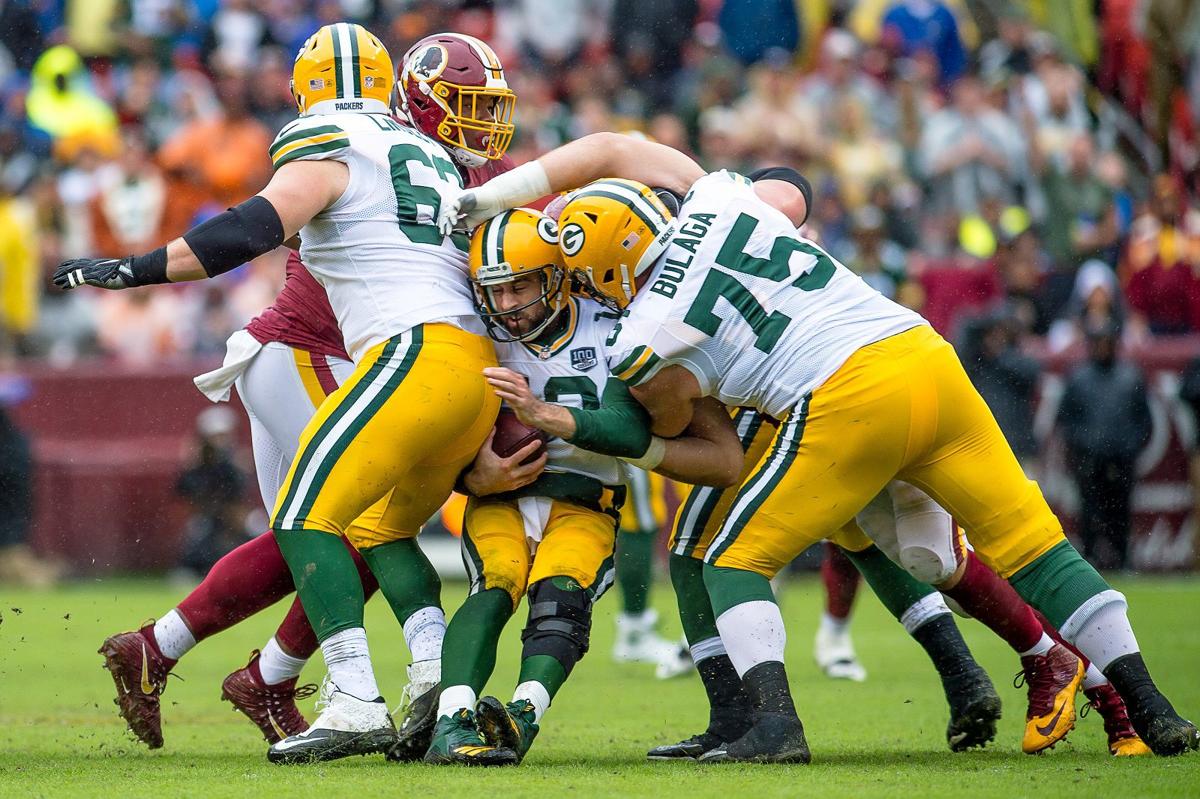 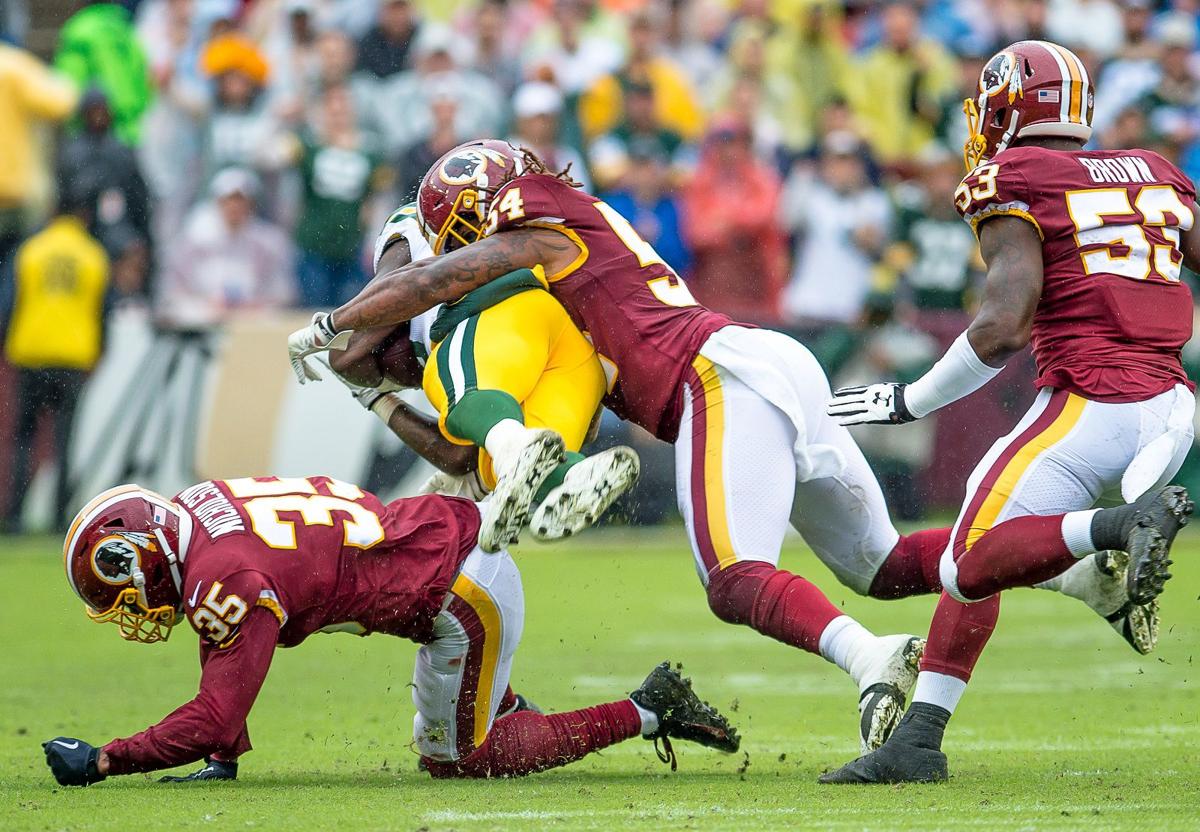 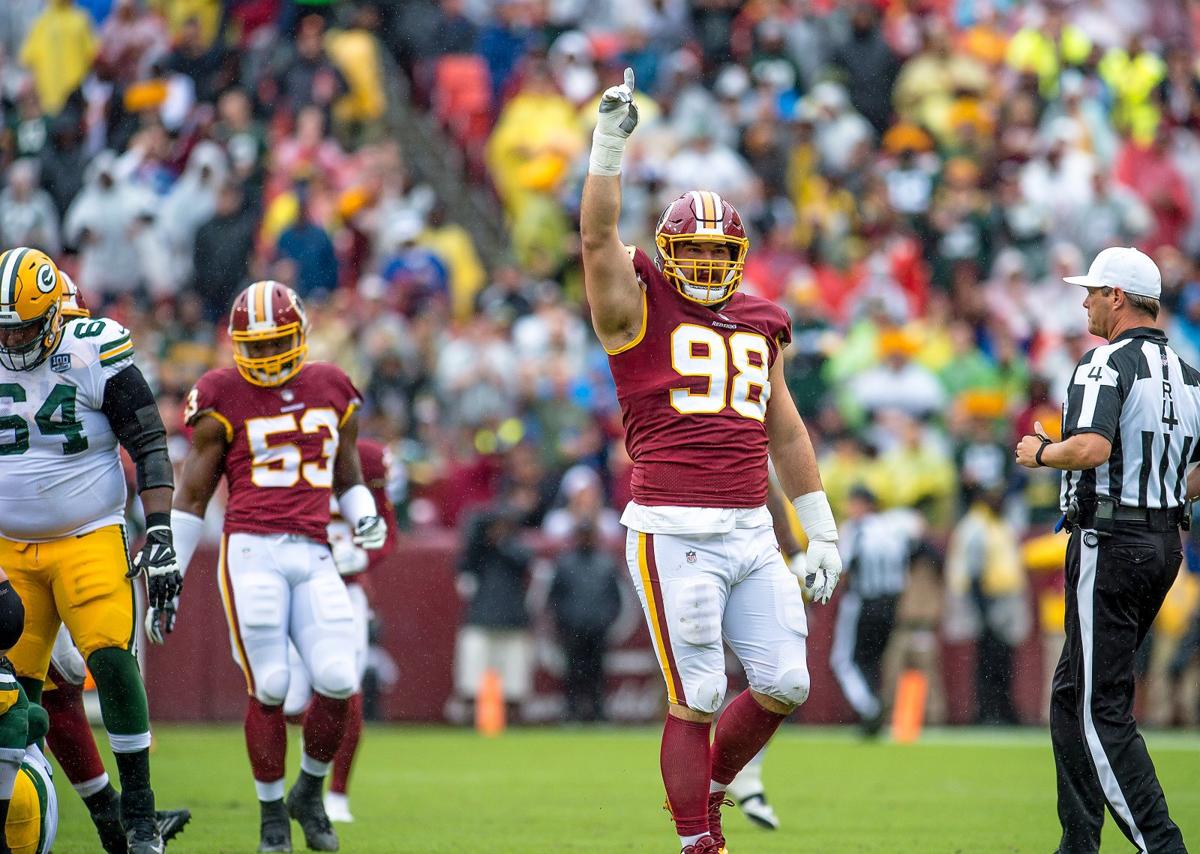 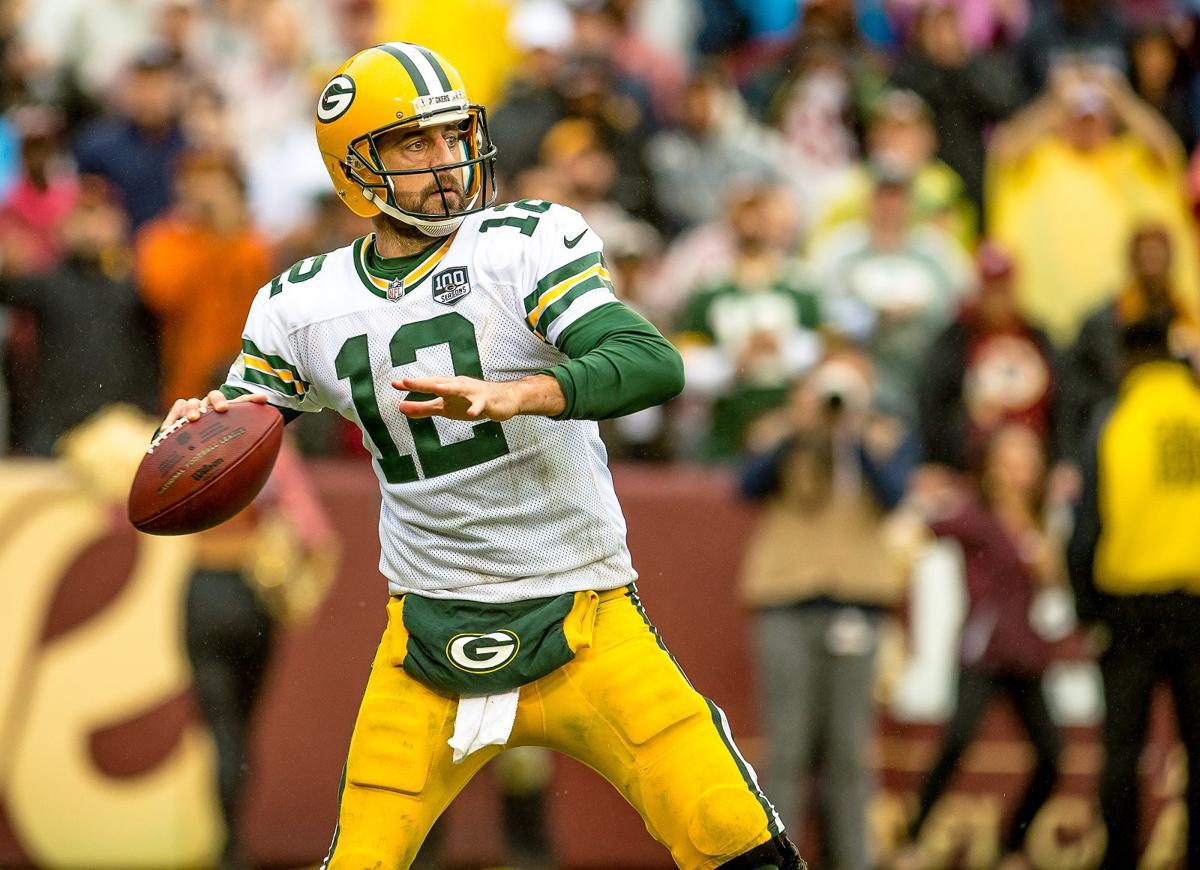 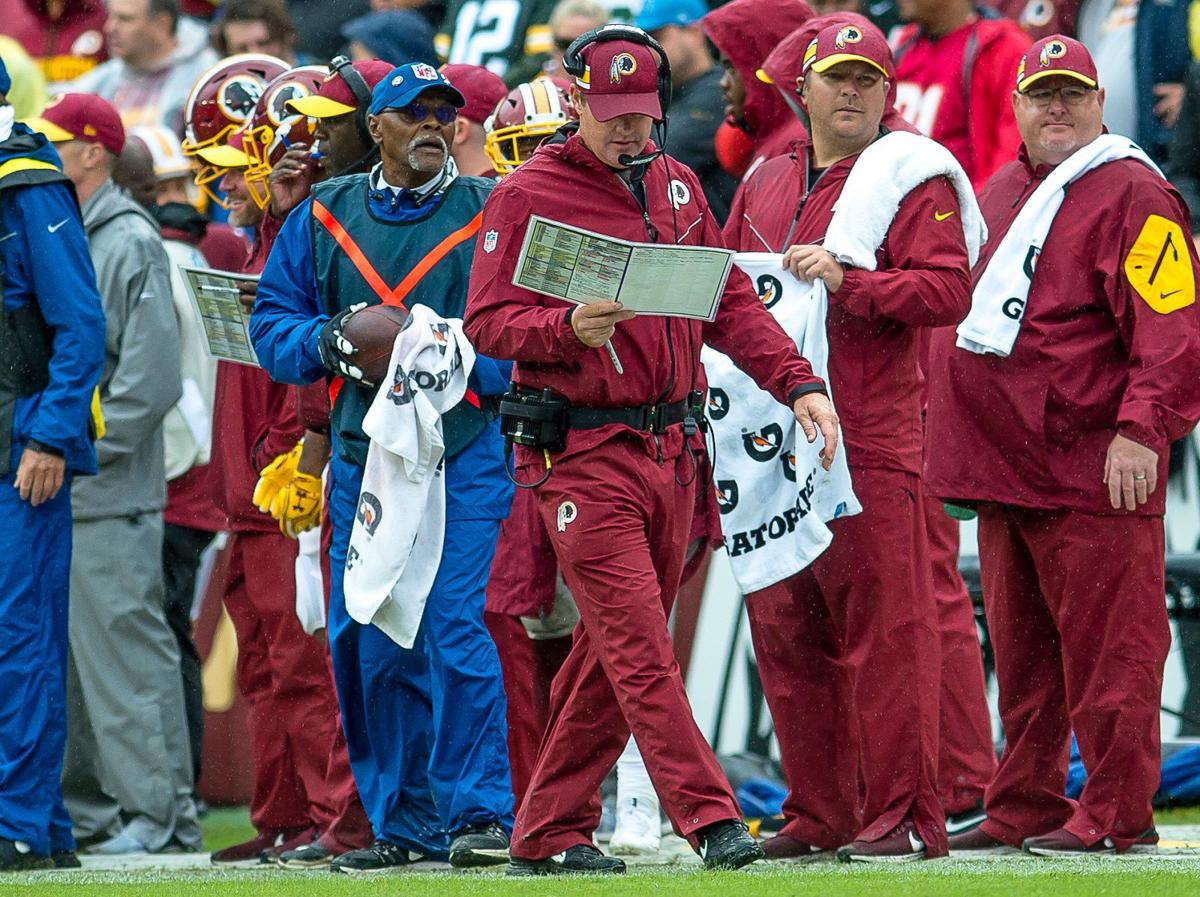 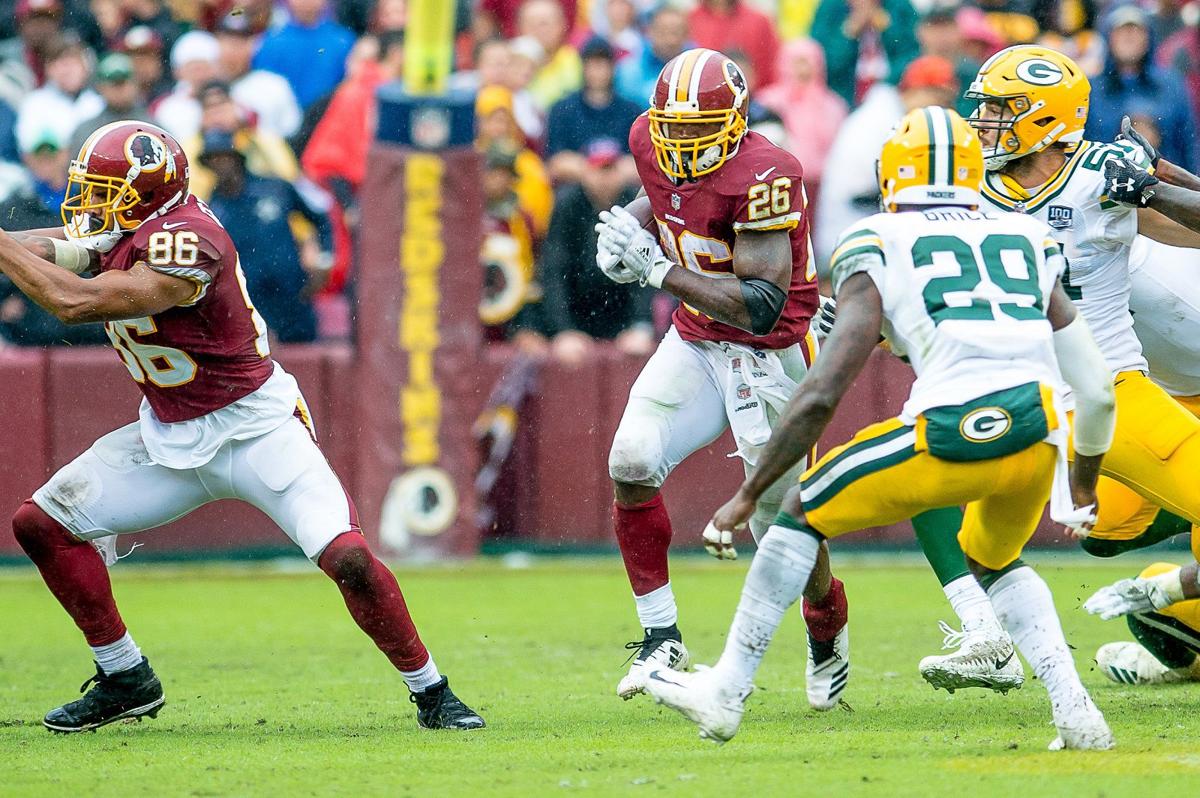 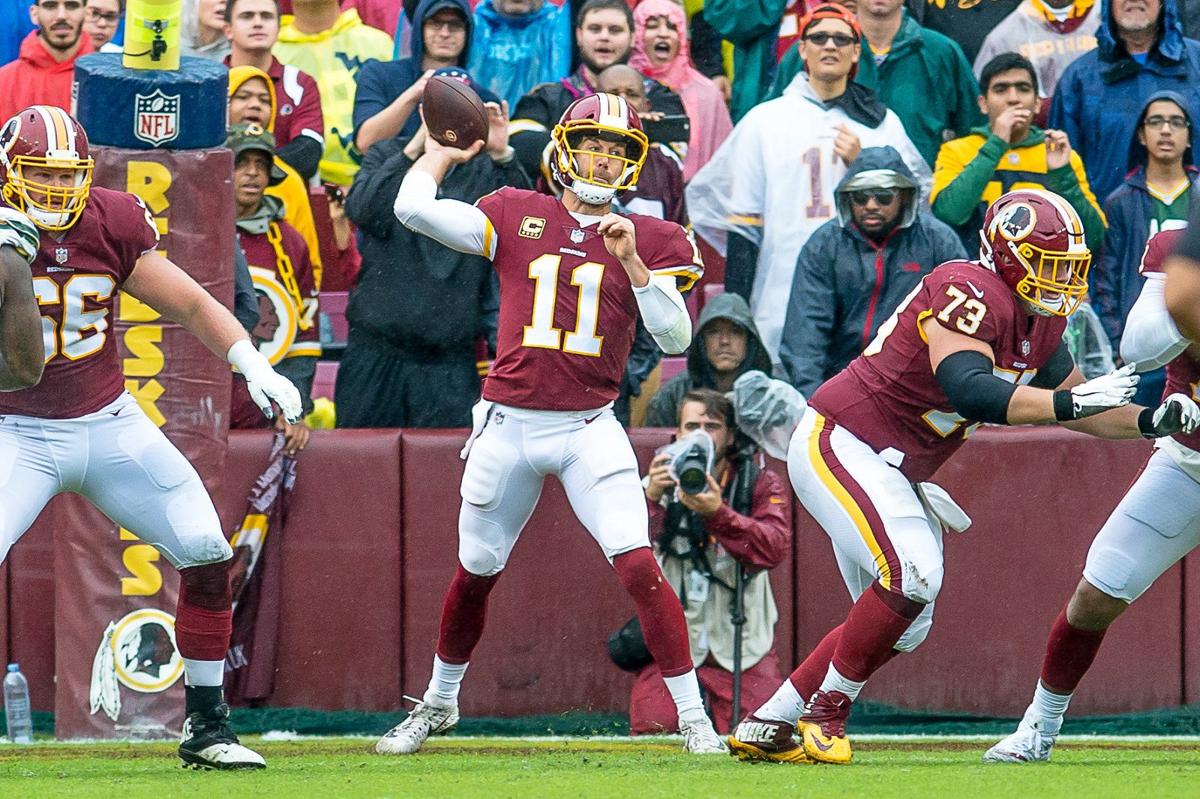 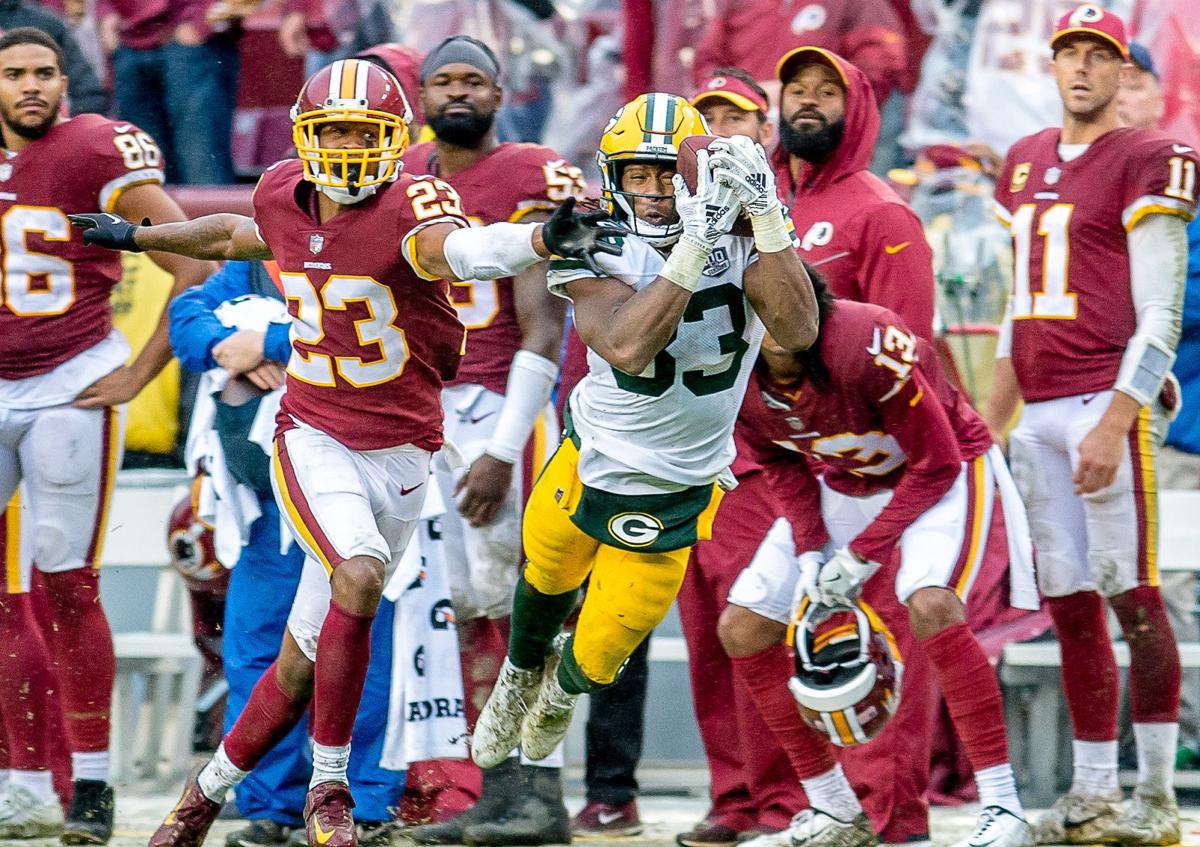 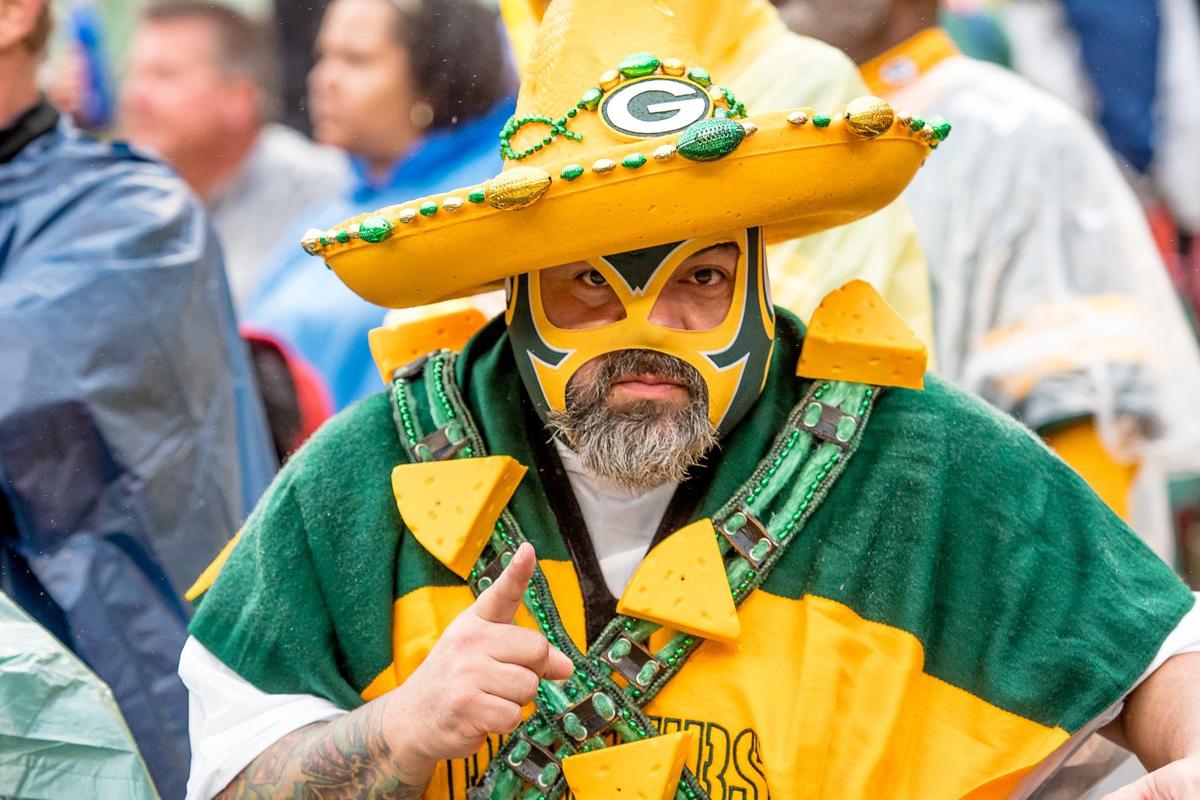 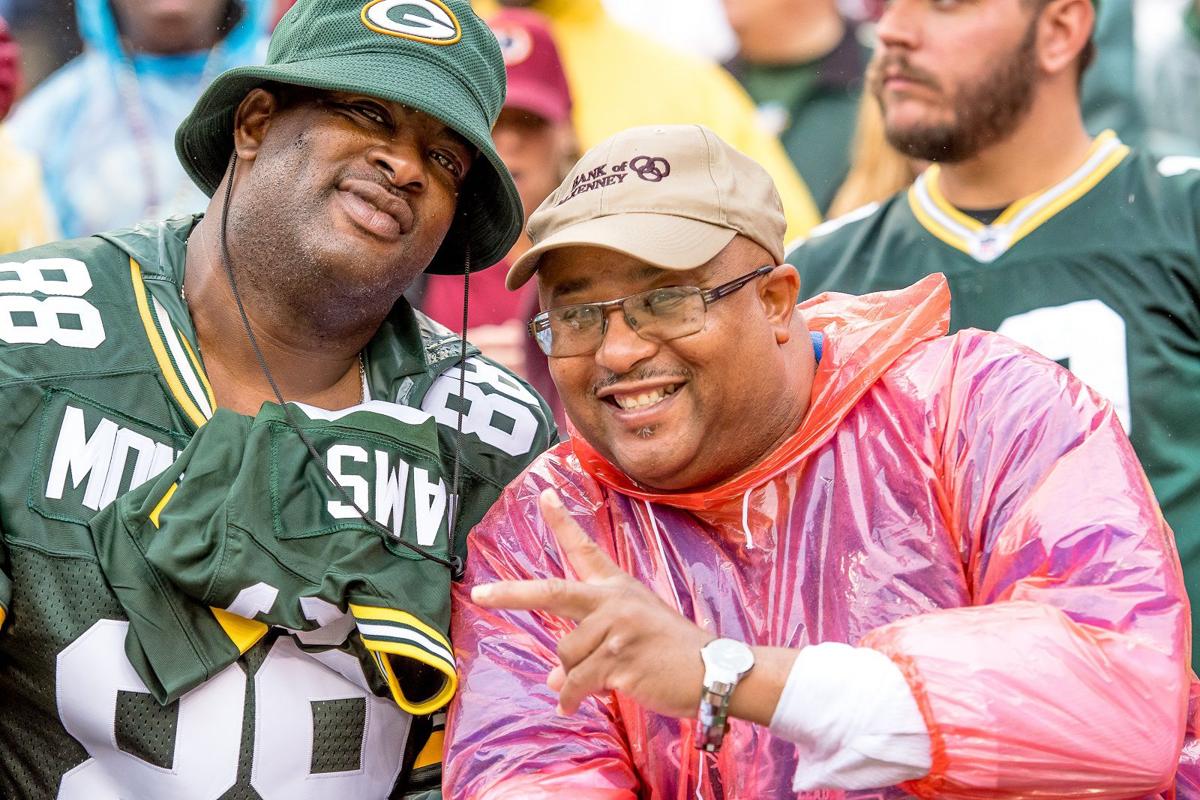 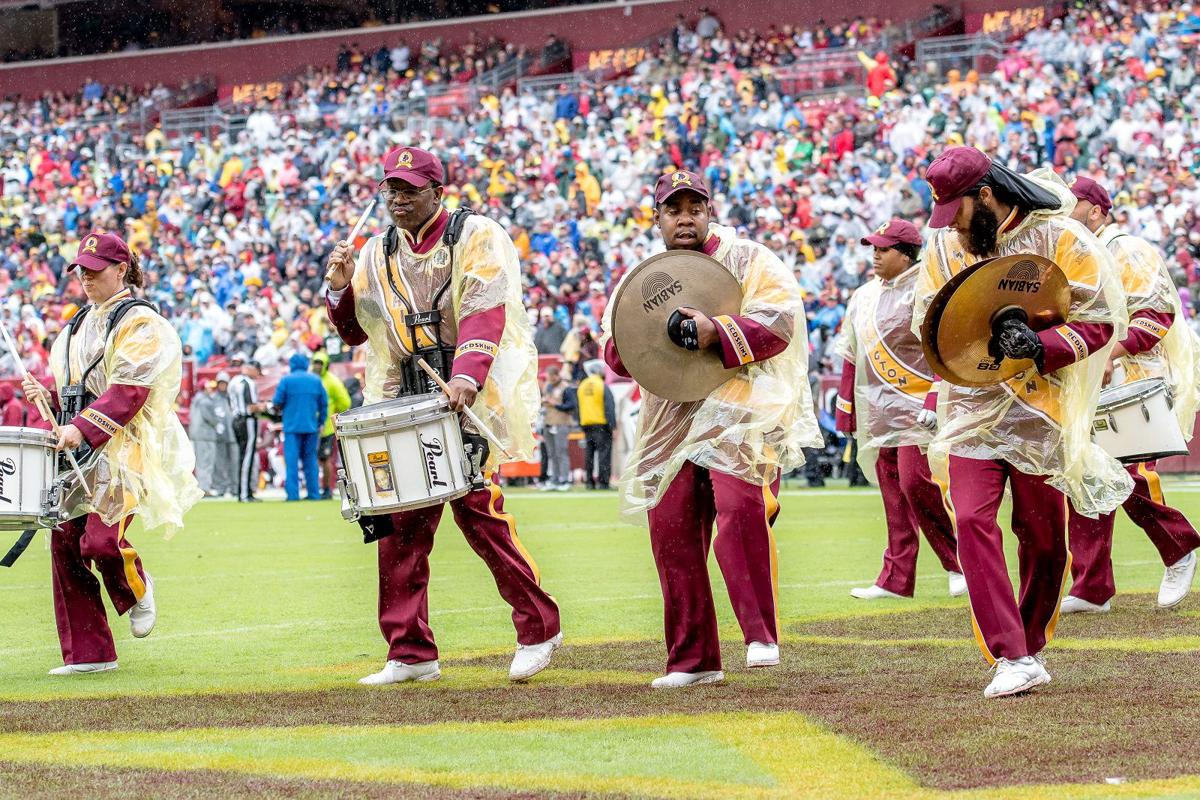 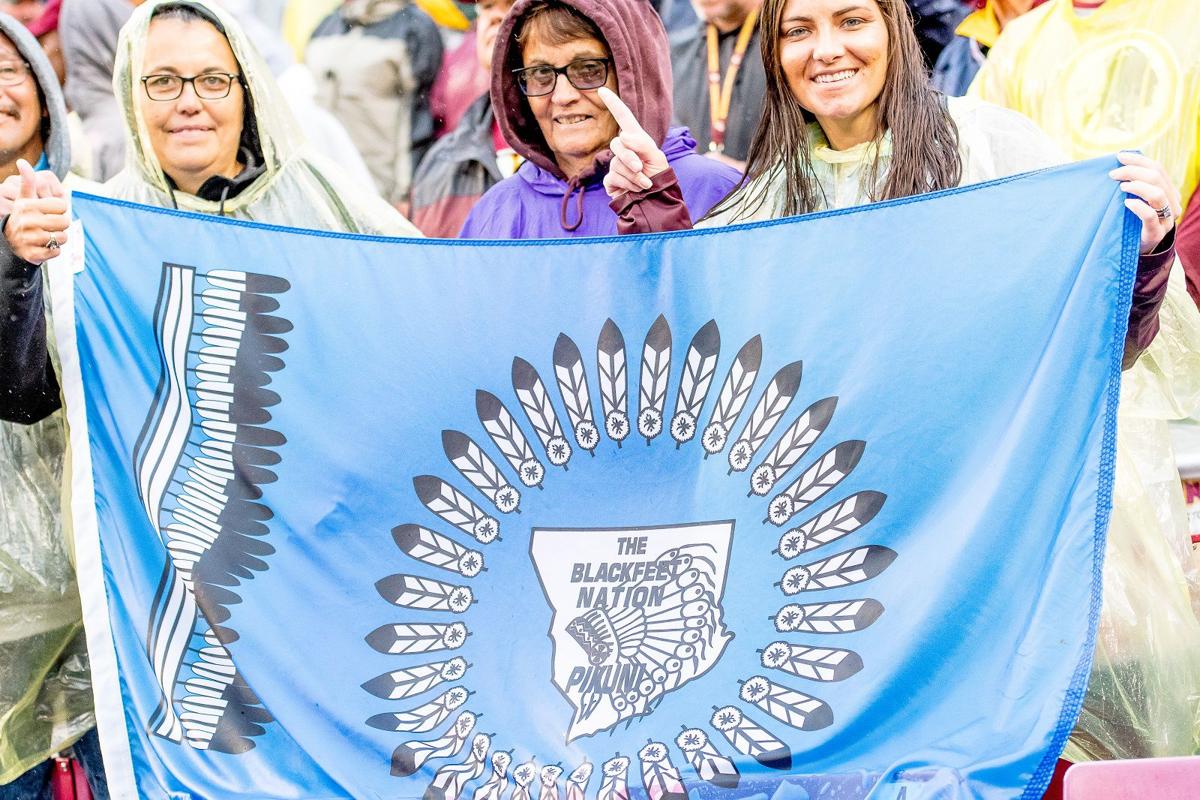 A week removed from what he called “an embarrassment,” Adrian Peterson turned in his first 100-yard game in more than 10 months.

Peterson ran for 120 yards and a pair of 2-yard scores, Alex Smith threw two touchdown passes and the Washington Redskins held on Sunday for a 31-17 home victory over a gimpy Aaron Rodgers and the Green Bay Packers, who again had complaints about a roughing-the-passer penalty on Clay Matthews.

Smith connected for TDs of 46 yards to Paul Richardson on the game’s fourth play and of 9 to Jamison Crowder in the second quarter, and Peterson’s two short trips to the end zone also both came in the first half. After gaining only 20 yards on 11 carries during a 21-9 loss to the Indianapolis Colts in Week 2, Peterson ran 19 times Sunday and raised his career total to 102 rushing touchdowns.

That broke a tie at 100 with Marshall Faulk and Shaun Alexander and moved him alone into seventh place in NFL history behind Emmitt Smith’s record of 164. Next up at No. 6 is former Redskins star John Riggins, at 104.

“It felt good to get into ‘The 100 Club.’ I have a little time off now. Maybe I can look and see who I’m approaching,” said the 33-year-old Peterson, referring to Washington’s Week 4 bye. “Riggins, he’s a guy that I do remember seeing up there on the list and thinking, ‘God willing, I’ll be able to pass him eventually.’”

This was Peterson’s 52nd game with at least 100 yards on the ground, and first since Nov. 5, 2017, for Arizona against San Francisco.

Peterson left the game late after getting kicked in the ankle, but coach Jay Gruden dismissed that as nothing to worry about. Before that, Peterson had a 41-yard run, part of a group of big plays allowed by the Packers that included Smith’s TD toss to Richardson, a 50-yard completion to Vernon Davis and a 34-yard completion to Jordan Reed.

“We just came out and laid an egg in the first half ... Missed tackles. Missed assignments,” said Matthews, who was whistled for the way he sacked Smith late in the third quarter, then complained about the way NFL games are officiated nowadays.

Smith went 12 for 20 for 220 yards. He also had his streak of 156 consecutive passes without an interception, the longest active run in the league, end in the second quarter. Safety Ha Ha Clinton-Dix made the pick when Reed went one way and Smith threw another.

Playing with a bulky brace on his left knee, which he hurt in Week 1, Rodgers hobbled and limped around, and couldn’t do enough to get the Packers (1-1-1) back into the game.

He finished 27 for 44 for 265 yards with two TDs — of 64 yards to Geronimo Allison and 2 yards to Davante Adams — and was sacked four times.

“I got a little banged up, but finished the game and I expect to start next week,” Rodgers said. “It can be painful at times moving around, especially lateral movement. But I’m going to be out there if I’m up to it and try and get this thing back turned the right direction with a win next week.”

Green Bay’s receivers had problems with drops, plus Randall Cobb was stripped of the ball by Fabian Moreau — Josh Norman recovered the fumble — after a completion with a little more than minutes remaining in the fourth quarter.

“I didn’t give us an opportunity to win. Third-down drop on the first drive. Fourth-down drop. Fumble,” Cobb said. “I played terrible.”

Right after that, Peterson helped seal the outcome, with three runs in a row for a total of 26 yards — a greater output than he managed in the entire game against the Colts.

“In the fourth quarter there, when we needed it the most,” Gruden said, “Adrian was able to make a big impact.”