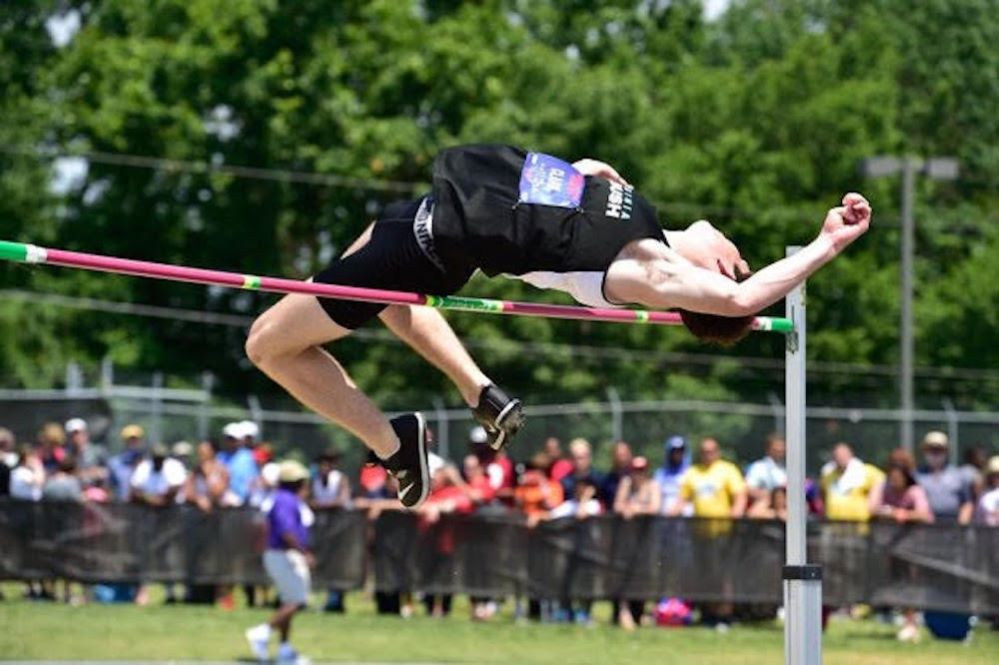 Aidan Clark competes in the high jump at the 2019 New Balance Outdoor Nationals. After receiving more than a dozen NCAA Division I offers, Clark will attend and join the track and field program at Virginia Tech. 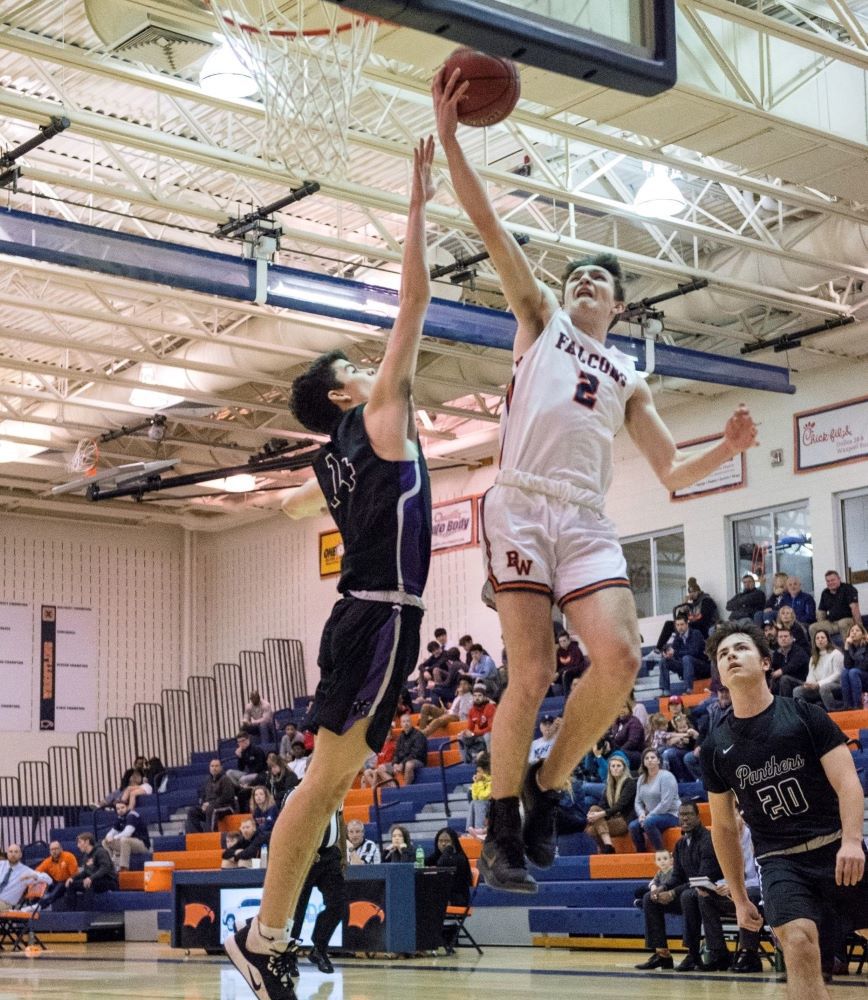 Aidan Clark elevates for a layup during a game against Potomac Falls. Clark surpassed 1,000 career points during his senior season.

Aidan Clark competes in the high jump at the 2019 New Balance Outdoor Nationals. After receiving more than a dozen NCAA Division I offers, Clark will attend and join the track and field program at Virginia Tech.

Aidan Clark elevates for a layup during a game against Potomac Falls. Clark surpassed 1,000 career points during his senior season.

A dedicated basketball player since he was in elementary school, Aidan Clark gained his first exposure to track and field in eighth grade during a physical education class at Eagle Ridge Middle School.

Following an impressive first attempt at the high jump, Clark's teacher Trip Wilhelm suggested he continue with the sport and connected him with track and field coach Bruce Bornarth.

Four years later, Clark is one of the best high jumpers in the nation at the high school level. He is also an elite triple jumper.

"I really fell in love with the competitive part," Clark said of his passion for track and field. "It's just you against like 40 other people. I like winning and I love being the best. I don't want anybody to be better than me."

"I know I have a lot of potential and I don't want to waste my potential," Clark continued. "So, I just keep training and working hard ... Nothing is better than when you clear the bar, that half second before you hit the mat is like the best feeling."

Clark experienced that special feeling once again in his senior year. Despite having his final high school track and field season cancelled due to the COVID-19 pandemic, Clark elevated to new heights during the NSAF x AthleticNET Virtual Nationals Qualifying Meet in May.

"For high school, seven foot is the mark," Clark said. "I think seven feet probably puts me top 10 in Virginia of all time, maybe top five."

After landing on the mat, Clark quickly rose and grabbed a tape measure to provide proof of his extraordinary jump.

"There is a little letdown that it didn't happen at a big meet, but I know I'll get it [again] sometime in the future. Hopefully, something higher," Clark said. "Since my sophomore year, seven feet has been my number I've wanted to hit so bad. I knew it was going to be hard, but I finally did it. Not a lot of people can do it, so I feel pretty good about that."

In addition to his track and field success, Clark continued to play competitive basketball at a high level in high school. A four-year varsity player for Briar Woods, Clark reached the 1,000-career points milestone during his senior season.

A 6-foot, 1-inch guard, Clark eclipsed 30 points in three games as a senior -- highlighted by a career-high 41 points against Potomac Falls, the second highest single-game scoring total in program history.

For his efforts, Clark was a first-team selection on the All-Region 5C team.

"I love basketball. It's just very fun to play," Clark said. "Even though I'm going to do track in college, I'm probably still going to play pick-up [basketball] at the gym."

A family of Hokies

Clark began receiving college interest following his sophomore track and field season. By the time he decided on his college destination in November of 2019, Clark held offers from more than a dozen Division I schools.

"The week I committed, I was on about four phone calls a day with all the coaches," Clark acknowledged.

He trimmed his options down to Virginia Tech and Penn State before ultimately signing his letter of intent to further his education and track and field career in Blacksburg.

"With the school, the campus and the atmosphere there, it was hard not to love it," Clark said about Virginia Tech. "The team is really cool, and the coach is just fantastic, I like him a lot as a person as well. He wants me to do well in everything, not just track. I just liked everything about it."

Clark will follow in the footsteps of multiple family members in attending Virginia Tech, including his older brother and current Hokie Sean Clark. Sean Clark was also a state champion at Briar Woods, delivering the winning hit in the Falcons' 5-4 victory in 14 innings over Halifax in the 2017 Virginia 5A baseball title game.

"My sister went there, my mother went there, and my brother goes there now," Aidan Clark said, adding that he's always looked up to Sean as a role model.

Aidan Clark is part of a six-member 2020 recruiting class for Virginia Tech's men's track and field team. Paul Zalewski, an assistant coach who works with the jumps group, is "excited to welcome Aidan to the Hokie Nation family."

"He's a great young man and really rounds out the men's jumps group," Zalewski said. "He should come in ready to contend with top high jumpers in the conference right away."

With his name in the record book at Briar Woods for high jump and triple jump, Clark will now turn his focus on making his mark at the collegiate level.