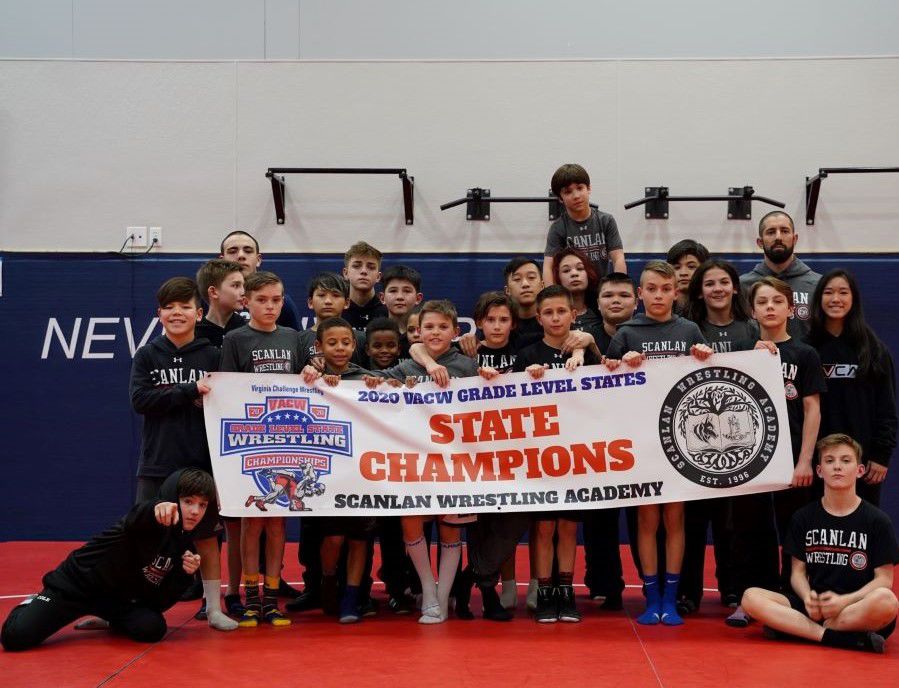 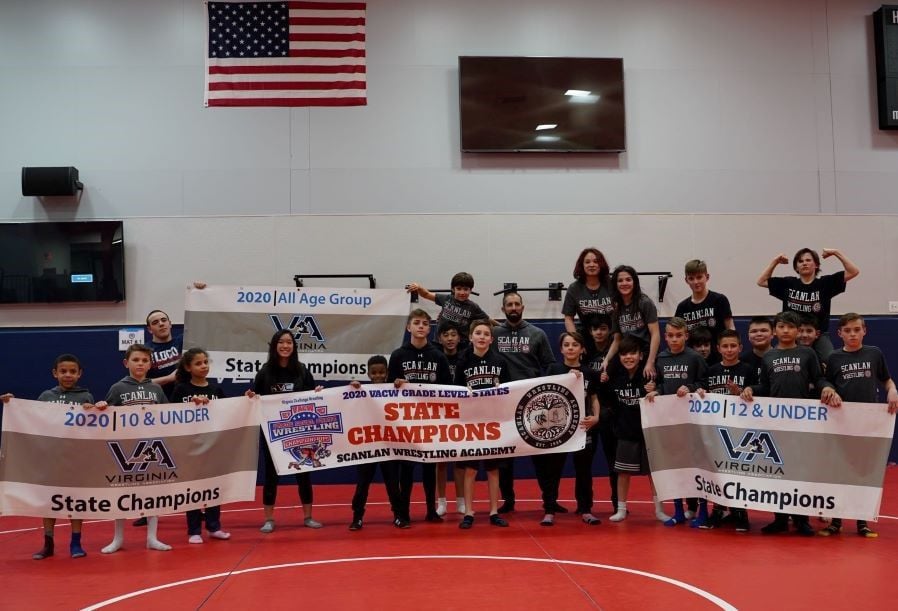 It’s the first time since the Virginia Wrestling Association began hosting state youth tournaments in 2013 that a Loudoun-based squad won it all.

For SWA founder Dan Scanlan, the championship is only his latest.

Scanlan won a pair of state titles at Loudoun County High School, first in 2003 at 160 pounds, then at 171 pounds the next year. He moved on to Limestone College and became a Division II national champion at 184 pounds as a sophomore.

But he said it’s particularly meaningful that the kids in his program brought home their first ever state crown just a year after debuting at the VAWA tourney.

“Everybody got better,” boasted Scanlan, whose program has roots back to 1996. “We saw how good the other teams were and we said to ourselves, how do we win this thing? How do we climb the ladder as a team?”

Hard work paid off, Scanlan said, but it also helps when the wrestlers want to get better.

“We call it ‘the unit,’ which is all our wrestlers, their parents, us coaches. We all have to be on the same page,” Scanlan said. “It’s amazing what can happen in a short period of time when everyone stays focused and trusts the process.”

Becoming a better wrestler in spite of adversity is something with which Scanlan has first-hand experience.

As a high school sophomore, Scanlan lost 13-7 in the regional final match to a senior. He came back a week later to win the state championship versus the same opponent, by a 13-7 score.

“That was my first state championship,” he said. “That was very memorable for me.”

Later, in college, Scanlan’s promising freshman campaign was cut short by a knee injury, while his record stood at 27-2. He worked his way through rehab to compile a 39-2 mark, All-American honors and the national crown.

“That went back to the mentality that wrestling in my dad’s program instilled in me,” he said. “I had this drive to win a national title as early as possible, and that enabled me to bounce back and accomplish that.”

The current edition of Scanlan Wrestling Academy was founded in 2016 as a year-round program. It has grown from 17 enrollees to more than 100, ranging from elementary school kids through high school wrestlers. Presently six girls are SWA wrestlers, including three high schoolers.

But Scanlan is quick to point out that SWA’s foundations go back 24 years, when his father Joe organized a travel wrestling club to give nine-year-old Dan other kids to wrestle.

Joe Scanlan, owner of a Ph.D. in electrical engineering, is the reason Dan grew passionate about the sport.

“If he hadn’t put together that program and held me and other wrestlers to a much higher standard, none of this would be happening right now,” said Dan about Joe, who’s nicknamed The Professor for his analytical talent when mat-side or observing video.

Scanlan credits his father for instilling an ethic of accountability that he used to succeed, and now tries to impart to today’s young wrestlers of Loudoun.

“I wouldn’t have been able to put myself in position to win at the next level,” he added. “But it’s also about the love for the sport and the wrestling mentality, that you take with you forever.”

Scanlan said that the future of his wrestling academy is bright, with designs on competing at a national level.

“It doesn’t happen overnight, but we’re fortunate to have a loyal, trusting unit of wrestlers, parents and coaches who want to make progress,” Scanlan said. “It’s a beginning. It’s really just a beginning.”