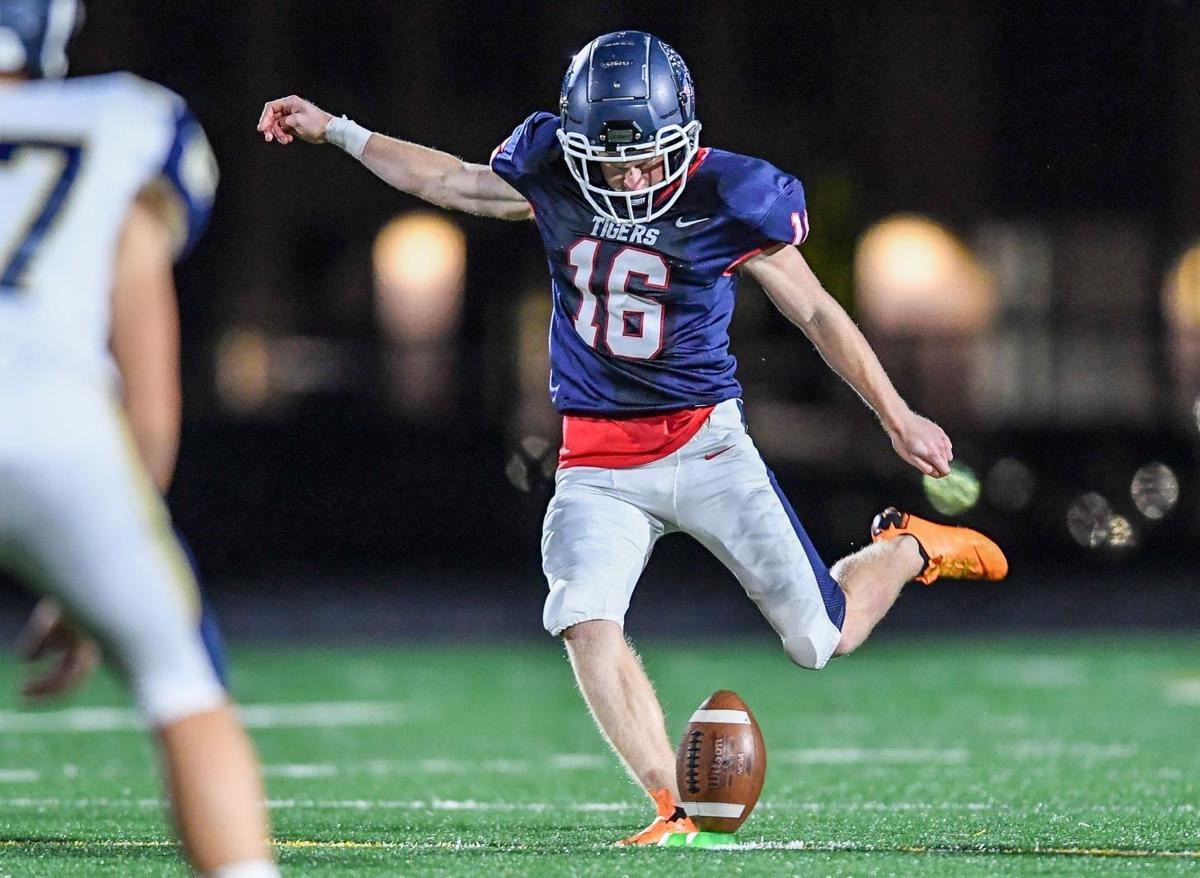 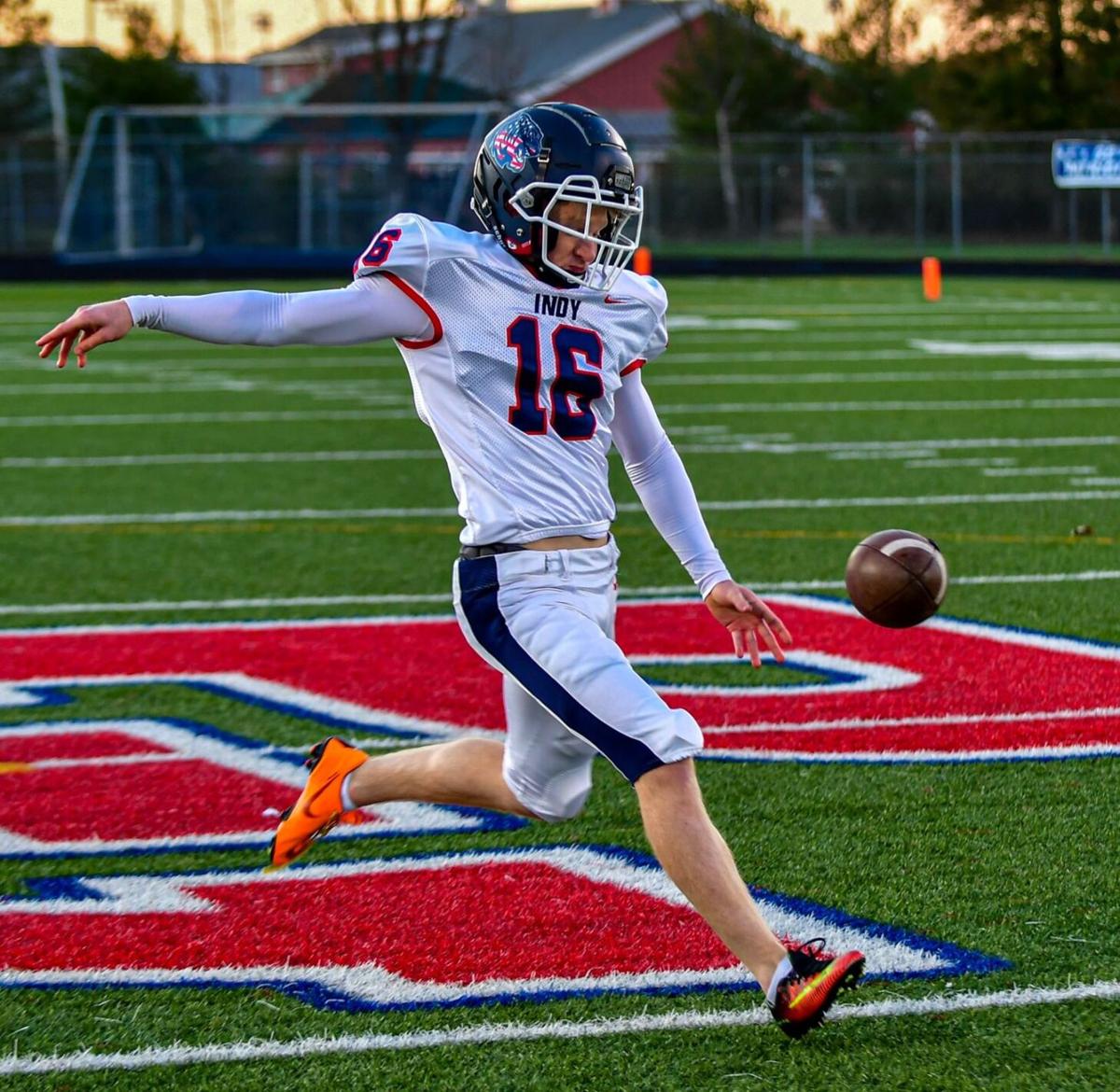 Keegan Shackford garnered first-team Virginia Class 3 all-state honors as both a punter and a placekicker in 2019.

Keegan Shackford garnered first-team Virginia Class 3 all-state honors as both a punter and a placekicker in 2019.

Keegan Shackford will be forever etched in the history of the Independence High School football program as the first student-athlete to kick off for the Tigers.

Shackford booted the kickoff in Independence’s inaugural varsity game to begin the 2019 season through the back of the end zone for a touchback. That would kickstart a breakthrough junior season for Shackford, who earned first-team honors on the Virginia Class 3 all-state football team as a placekicker and a punter.

The Tigers also made the most of their first season, winning their final two regular-season games to secure a spot in the playoffs.

With his senior season looming — the 2020 fall football season was postponed until later this month due to the COVID-19 pandemic — Shackford recently gave a verbal committment to attend and play football at Iowa State University.

The Cyclones are coming off an historic season of their own. Coach Matt Campbell guided Iowa State to a spot in the Big 12 championship game for the first time and a victory in its first-ever appearance in a New Year’s Six bowl game, defeating Oregon 34-17 in the Fiesta Bowl.

“It’s the five-star culture for me,” Shackford said of what attracted him to Iowa State. “They are building something really special. All of the coaches are high energy. It was just bound to be from the get-go.”

Shackford, who maintains a 3.36 grade point average, said he was in contact with approximately 10 colleges during the recruiting process. He received partial scholarship offers from Fordham and Lehigh, along with preferred walk-on offers from three other colleges.

When Iowa State offered Shackford an opportunity to join the Cyclones as a preferred walk-on, he eagerly accepted.

“I told them multiple times this is where I want to be,” Shackford said. “From the campus to football, the environment there is just awesome.”

With the success of the Iowa State program leading to several seniors opting to take advantage of an extra year of eligibility provided by the NCAA in wake of the COVID-19 pandemic, the Cyclones have less scholarships available for incoming players.

“Coach told me I would have to work for my [scholarship] and I love that,” Shackford said. “Everything is earned, not given.”

A former soccer player, Shackford started playing football in high school. He credits his kicking coach — Paul Woodside — and all his high school coaches for his success.

“I love the adrenaline rush you get when you are on the field,” Shackford said of playing football. “I love the pressure, it’s awesome because you are either going to fold under that pressure or you are going to feed off of it.”

Prior to Independence opening in the fall of 2019, Shackford attended Rock Ridge for his first two years of high school. Independence kicks off the 2021 spring football season Feb. 27 at Loudoun Valley aiming to build off the momentum from its inaugural season.

“Our goal is to definitely make the playoffs and to have an above .500 record,” Shackford said. “If we put our minds to it — we are such a hard-working team — I know we can do it. Coach [RJ] Windows and our assistant coaches are building something special with everything they are doing.”

Beyond kicking at the college level, Shackford’s long-term goal is to play football professionally.

“I don’t care what level I play at,” he said. “Just to be able to play ball at the next level after college would be a dream come true.”