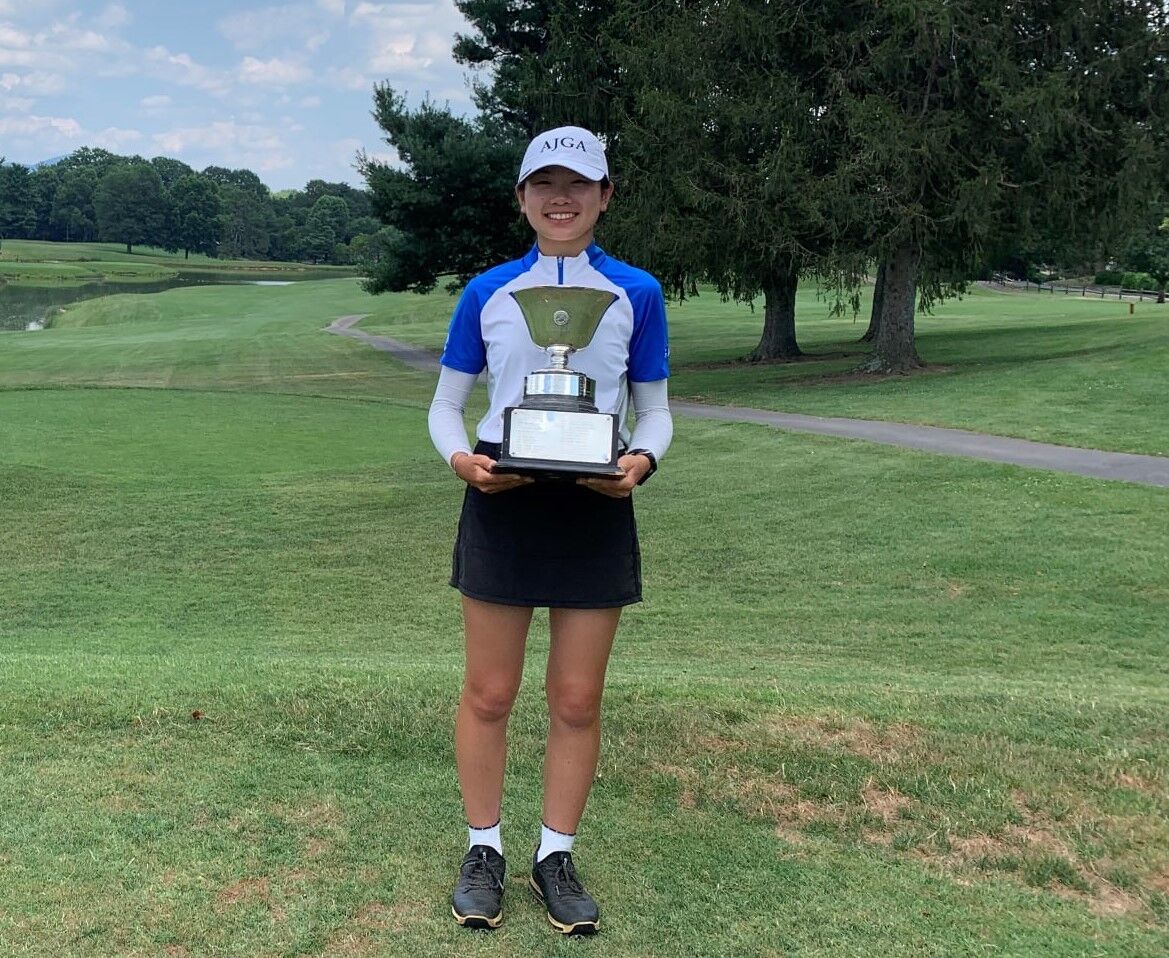 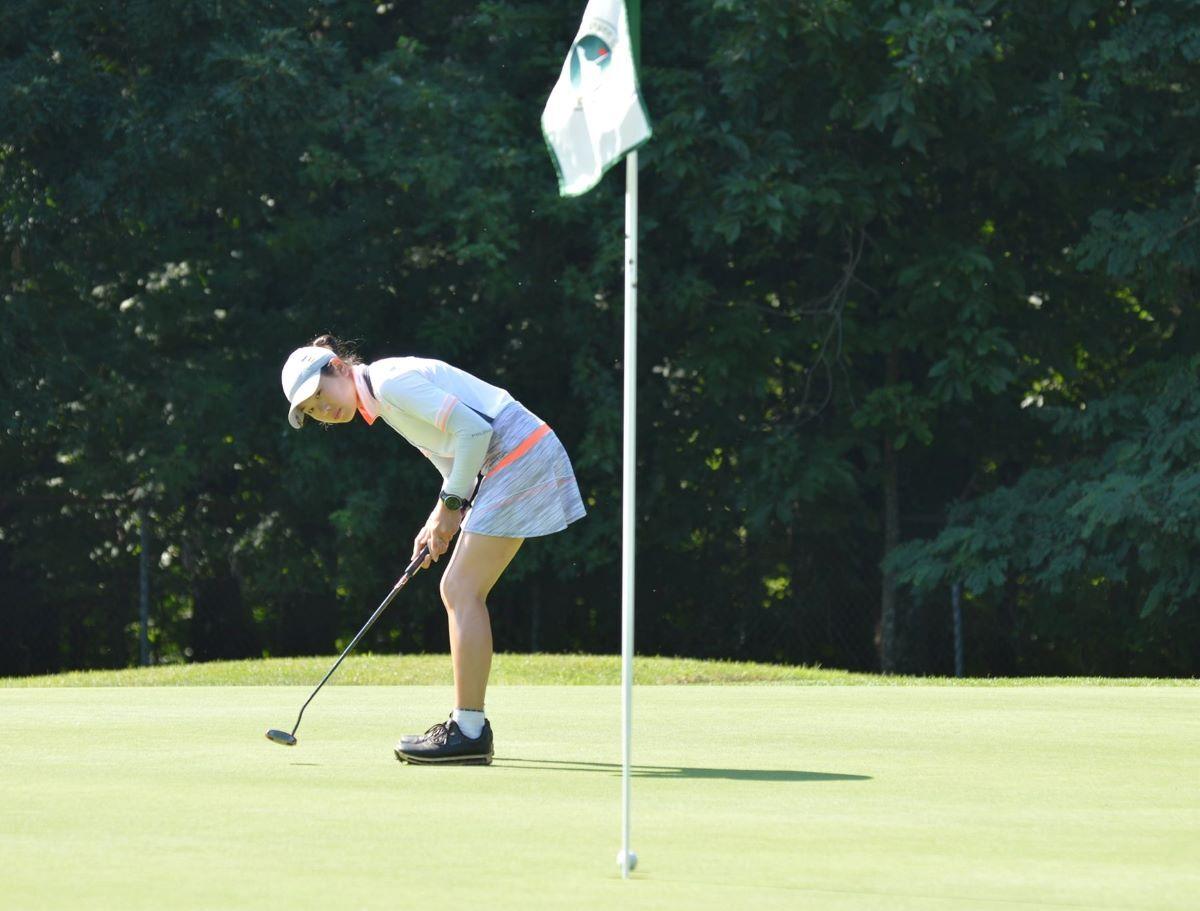 Julie Shin watches her putt during the match play portion of the VSGA Women’s Amateur Championship.

Julie Shin watches her putt during the match play portion of the VSGA Women’s Amateur Championship.

Julie Shin shot a 1-under par 70 on the first day of the 95th Virginia State Golf Association Women’s Amateur Championship to earn the stroke-play medal and claim the top seed for the match play portion of the tournament.

Shin, a 16-year old from Brambleton, would move forward to win three matches in match play before falling in the championship match. The 2020 VSGA Women's Amateur Championship was contested July 14-16 at Roanoke Country Club.

"When I won medalist for the stroke play, I was shocked because it was so unexpected," Shin said. "I definitely feel honored to receive it on my first try."

Following her stroke-play round of 1-under par 70 that included five birdies, Shin defeated Reagan McCoy (4 and 2) and Kathryn Ha (1 up) in match play on the second day of the tournament to advance to the semifinals.

Shin continued her strong showing with a semifinal round win over Kendall Turner (2 and 1) to earn a spot in the championship match against No. 2 seed Tatum Walsh, who outlasted Melanie Walker in a semifinal match that extended to 19 holes.

"As for being a finalist, it was definitely an awesome feeling," said Shin, who felt her driving and approach shots were keys to her success. "My semifinal match was really close and being able to win that one was an awesome experience."

Walsh, a 17-year old verbally committed to play at James Madison University, birdied the third hole of the championship match against Shin to take the lead and extended that advantage from there on her way to a 5 and 3 victory.

"My game wasn't as strong [in the final], but I thought it was a great lesson," Shin said. "My stamina wasn't as high as my [semifinal] match in the morning, so I think that's something I need to work on."

Shin, who won the 2019 Virginia High School League Girls Open Championship during her sophomore season at Independence, completed her first appearance in the VSGA Women's Amateur Championship with a runner-up finish.

"My goal was to make it to the semifinals since this was my first time," Shin said. "Making it past semifinals is definitely a big accomplishment that hopefully next year I can beat. My game is definitely getting a lot better and I am looking forward to play my next tournament."