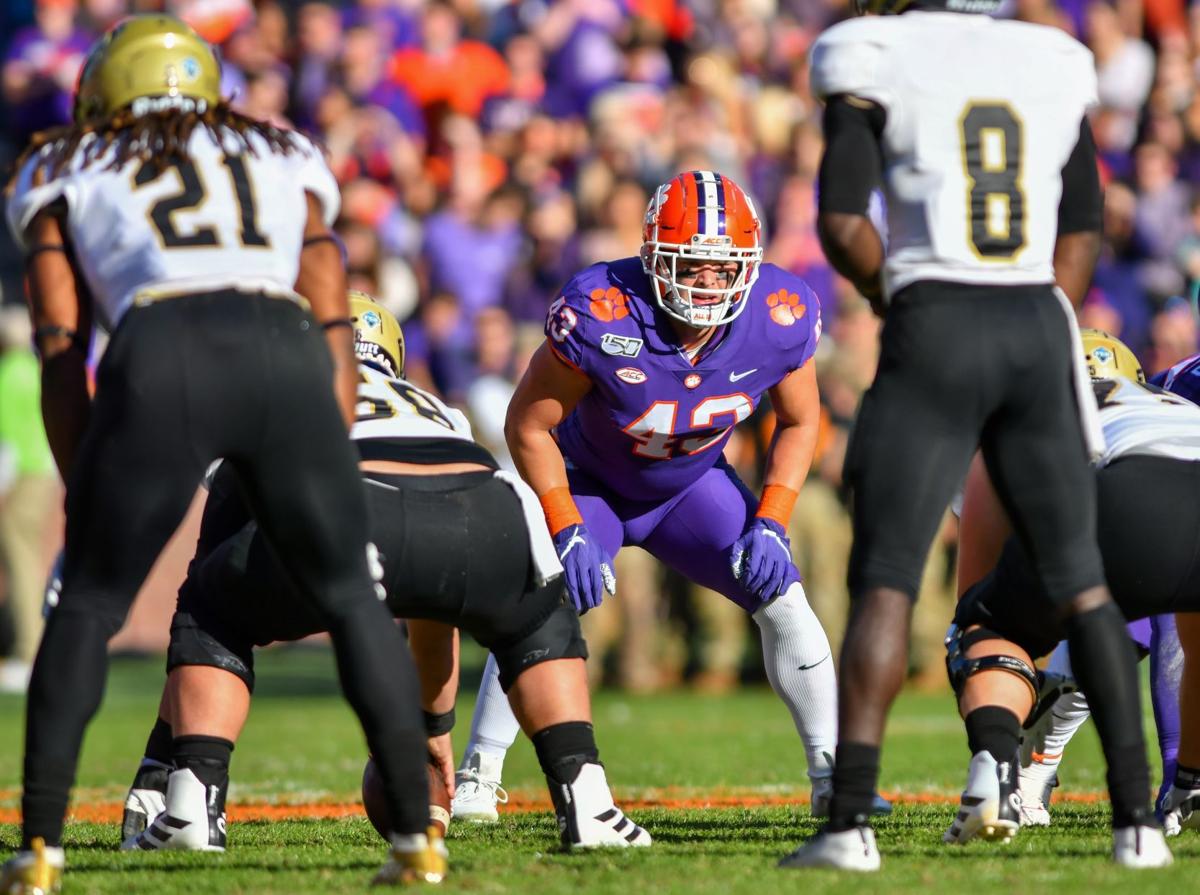 Chad Smith has worked his way from redshirting to special teams to earning a starting linebacker role for Clemson in his graduate senior season. 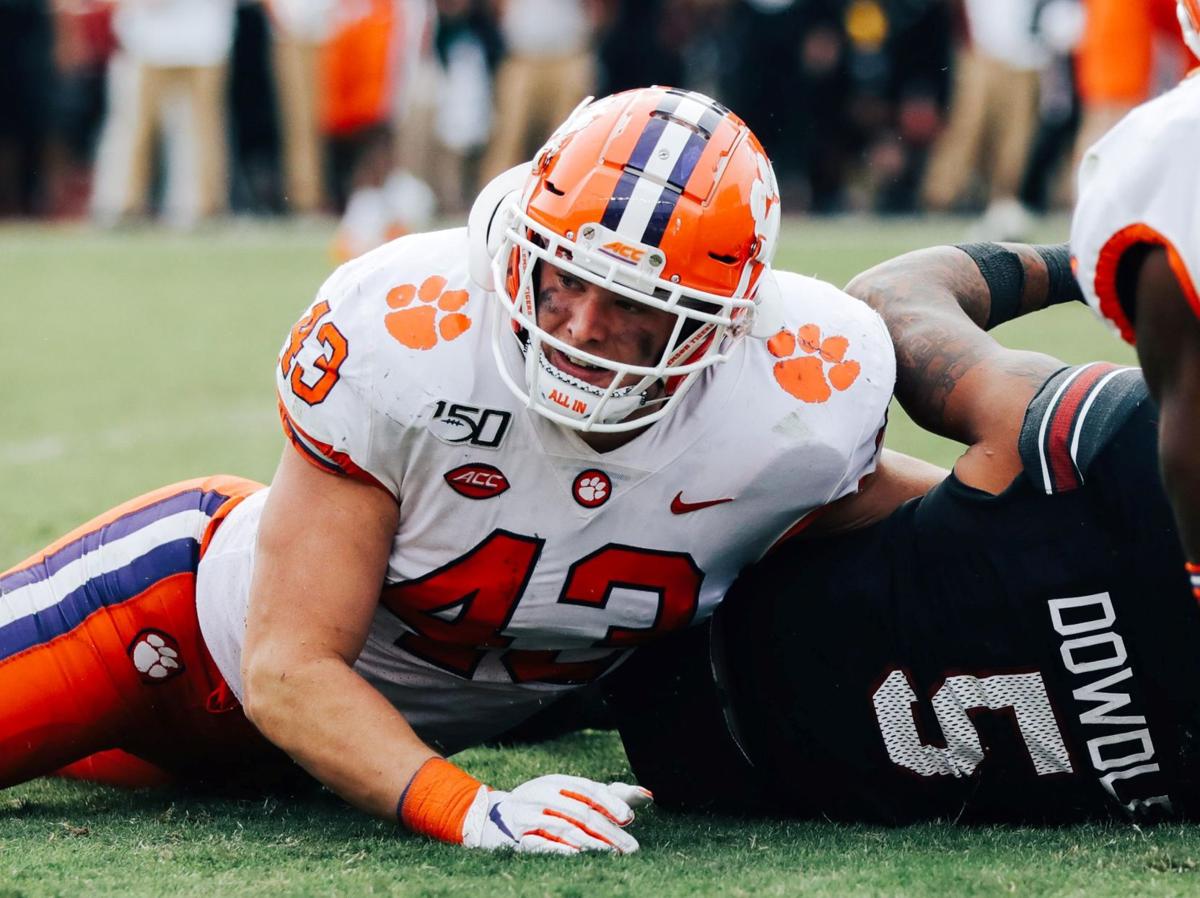 Chad Smith makes a tackle during a game against South Carolina.

Chad Smith has worked his way from redshirting to special teams to earning a starting linebacker role for Clemson in his graduate senior season.

Chad Smith makes a tackle during a game against South Carolina.

When Dominion High School alum Chad Smith takes the field Monday at the Mercedes-Benz Superdome in New Orleans for the College Football Playoff national championship game, it will mark the final time he will represent Clemson University in a Tigers' uniform.

"One of Coach [Dabo] Swinney's famous sayings, and he has a lot of them, is 'the days are long, but the years fly by.' And that's so true because I've had some long days over the past five years," Smith said. "But these years have just gone by so quick. It's crazy."

For Smith, a graduate senior who has already earned his master's degree in communication, his five years with the heralded Clemson football program has been a story of perseverance.

A two-time all-state performer at Dominion, Smith was rated the No. 2 player among his graduating class in Virginia by Rivals.com. He played in the U.S. Army All-American Bowl and was ranked among the top linebackers in the nation by several recruiting sites.

Aiming to learn terminology and gain experience during spring practices with an eye on potentially contributing as a true freshman, Smith graduated from Dominion in the winter of his senior year and enrolled at Clemson in January of 2015.

Smith would later learn that he was going to redshirt his first season. Common in college football, redshirting is where an athlete is kept out of game competition for one year in order to further develop and extend their eligibility.

"That was a little bit of a tough challenge. At the same time, I accepted it because there were some things that I needed to work on," Smith said. "I really just used that year to better myself: get bigger, physically stronger and also sharpen my football IQ."

A contributor on offense, defense and special teams at Dominion, Smith made the most of his chance to play on special teams for Clemson during his redshirt freshman season in 2016.

Posting a team-best 10 tackles on special teams and blocking a punt, Smith was selected as the Tigers' special teams player of the week multiple times. Clemson defeated Alabama 35-31 in the national championship game, avenging a five-point loss to the Crimson Tide in the 2015 title game.

"We had a great season and were able to win our first national championship since 1981," Smith said. "At the end of that year, I was honored as one of the special teams players of the year for our team. I took pride in that. That was a great honor for my coaches and my peers to think of me in that regard."

Smith continued to contribute primarily on special teams as a redshirt sophomore, though he was implemented on defense in certain packages.

"It was tough, I played behind some really great linebackers," Smith said. "At the same time, I used it as an opportunity to learn from them and just pick their brains of what they see on the field, how to better myself as a linebacker and how to be the general out there on the defense."

Smith's defensive role grew in 2018 as Clemson won its second national championship in the last three seasons. Smith recorded 35 tackles, one sack and recovered a fumble during his 127 snaps.

Smith finally earned the opportunity to step into a starting linebacker role in 2019 as a graduate senior.

"It was big time for me. But I knew I was ready because of all the preparation beforehand," Smith said. "All the stick-to-itiveness, all the perseverance knowing that my time was coming and God had a plan for me the entire way."

He followed that up with a 12-tackle effort in No. 3 Clemson's 29-23 win over No. 2 Ohio State in the College Football Playoff semifinals Dec. 28 in Arizona. Smith's performance earned him Defensive MVP honors for the game.

"I love Clemson, I love the coaching staff, I love my teammates," Smith said. "Having the opportunity this year to start for a team that is heading to the national championship for the fourth time in my five years being here is unbelievable."

Prior to starring at Dominion, Smith competed in the Lower Loudoun Boys Football League. Smith said he has "great memories" of playing at Bill Allen field in Sterling.

As a high school senior, Smith recorded 90 tackles (15 for a loss) from his linebacker position and scored seven touchdowns on offense. He rushed for 757 yards and 12 touchdowns as a junior, while posting 72 tackles, six sacks, five interceptions and blocking three kicks.

"He went to battle for me in the recruiting world when I was in high school," Smith said of Buckwalter. "He really fought for every opportunity, every team that came by to give me a look, give me a chance. I wouldn't be where I am today as a player and as a person without him. He really pushed me a lot on the field and off the field to be a leader."

Despite owning the nation's longest winning streak at 29 games, Clemson enters Monday's national championship game as an underdog against No. 1 Louisiana State University.

"LSU is another great challenge. They have no weaknesses," Smith said. "It's going to be a true challenge for us as a defense to make sure we are focusing in on doing our job and not trying to do too much. Which is important for us to be able to have success on the field."

"They have a lot of great players who have won a lot of awards this season," Smith continued. "For us, we accept the challenge and it's going to be interesting to see how it all plays out."

While Smith said he's thought about what the future might hold, he's keeping his immediate focus on his final game in a Clemson uniform.

"It's crazy to think about how five years has gone by so fast. And just getting this chance to play in the national championship for my last game is special," Smith said. "I'm sure it will be an emotional game for me, once after being able to reflect on my time at Clemson."