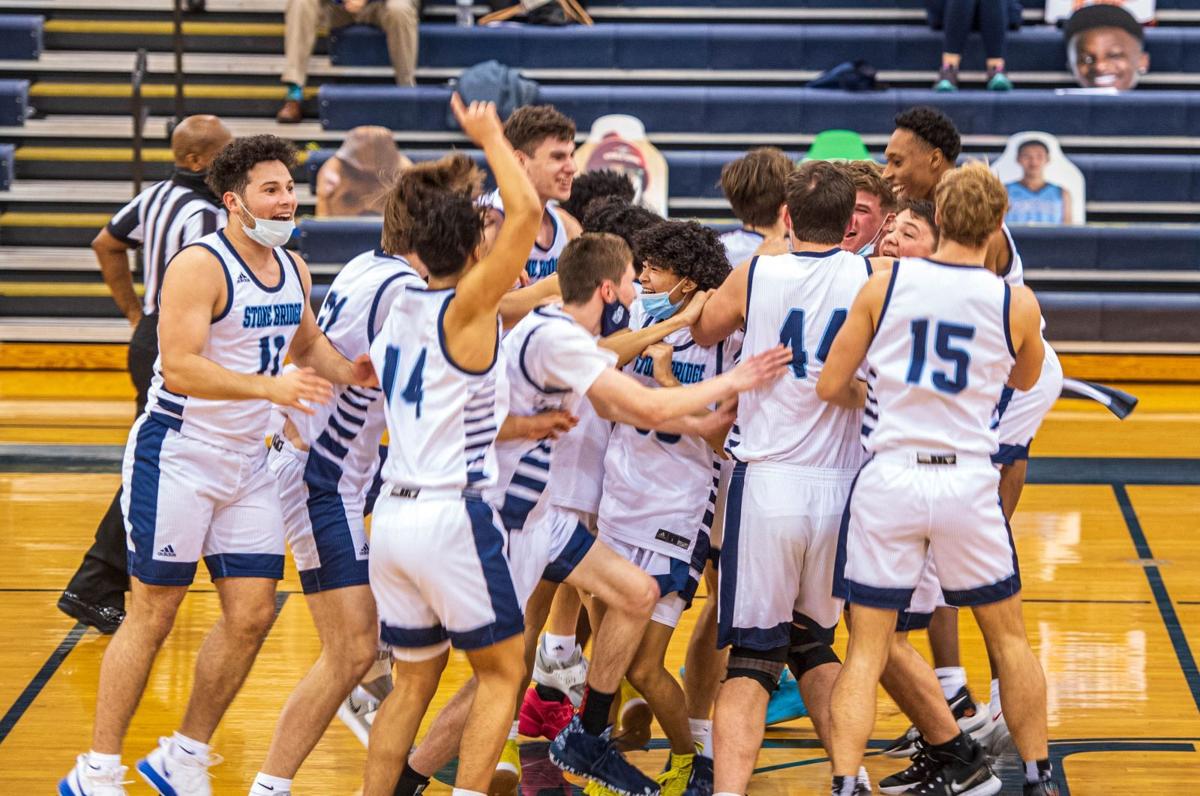 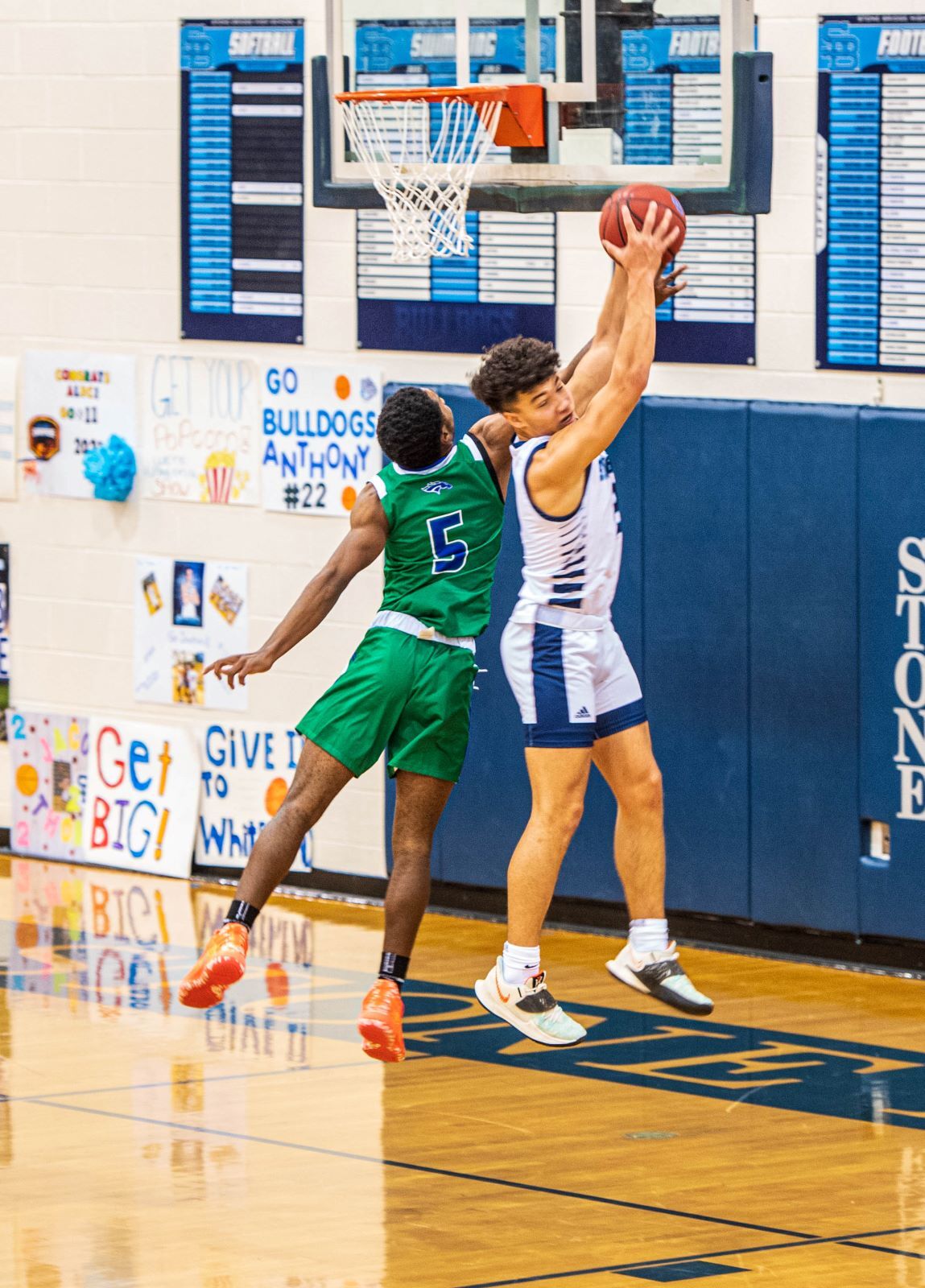 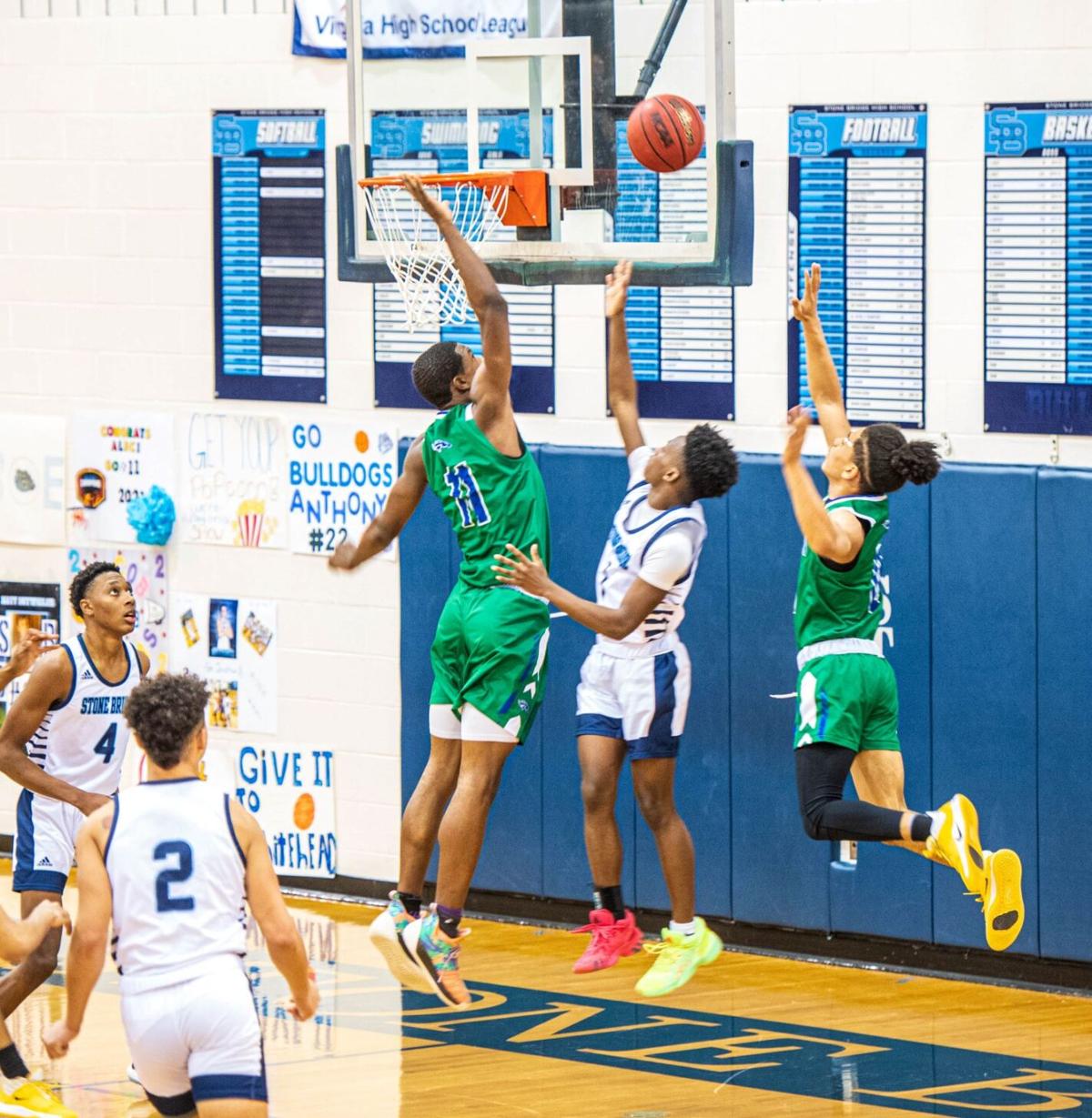 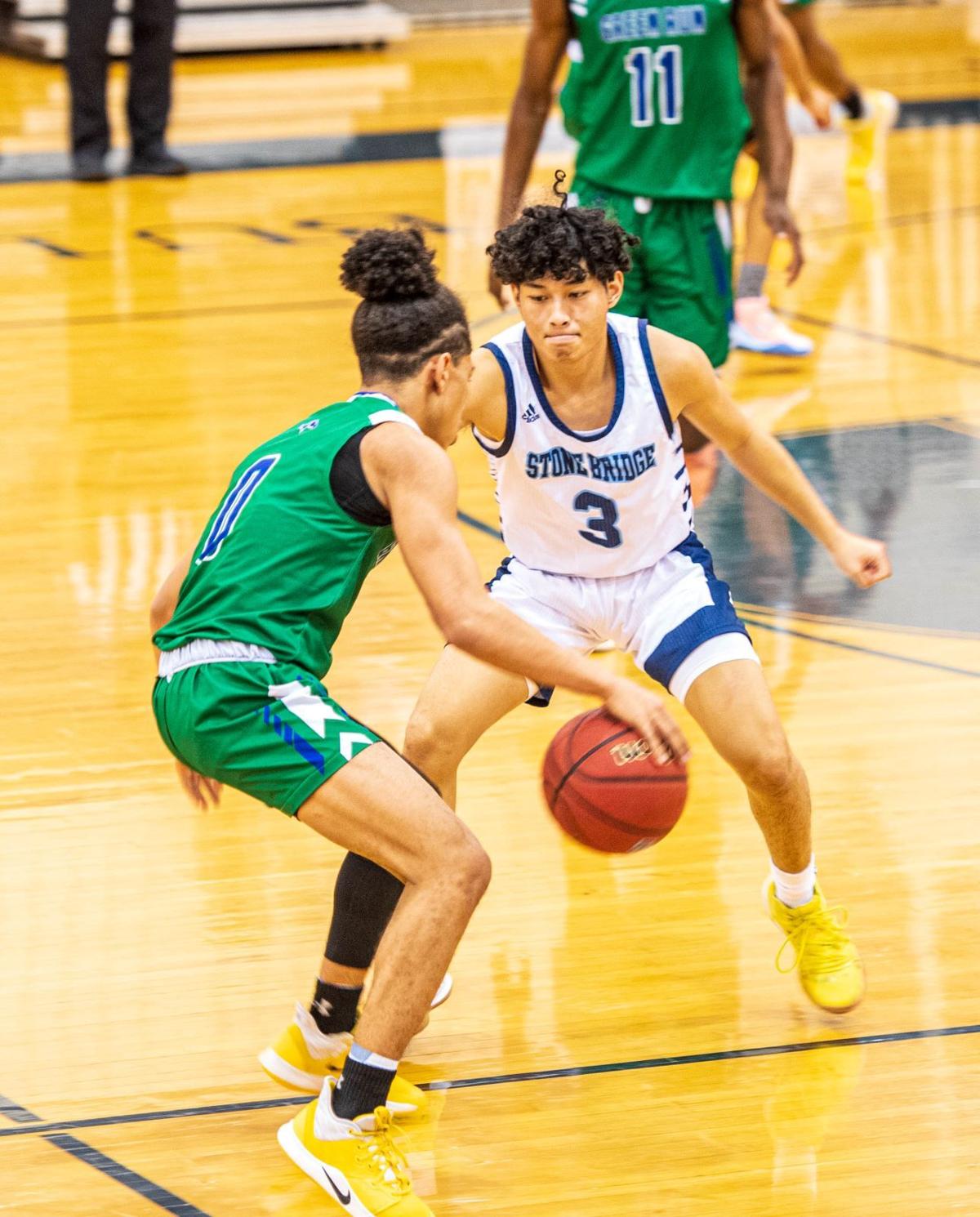 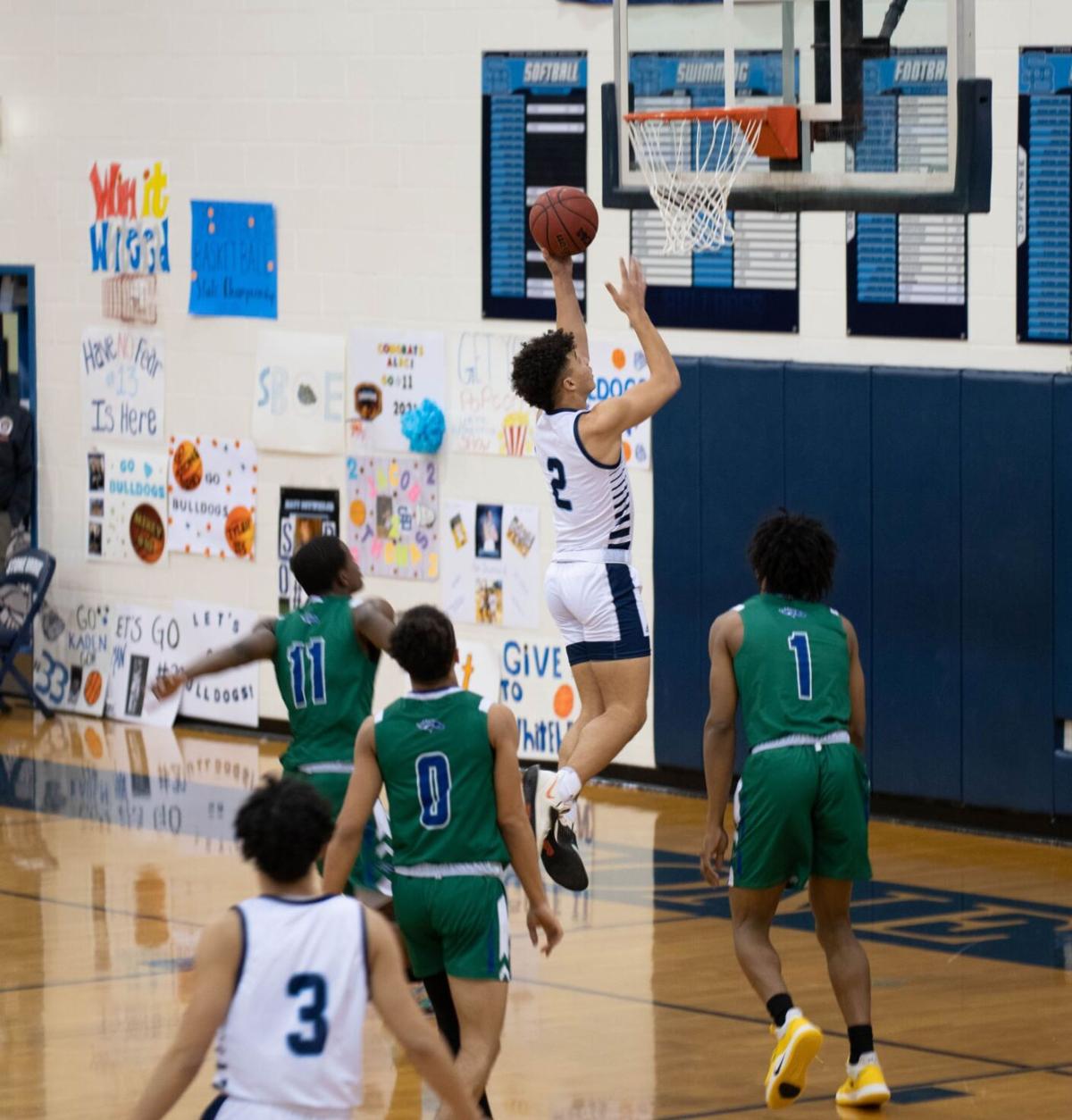 Stone Bridge junior Jacob Thomas gets past the Green Run defense to score two of his team-high 28 points. 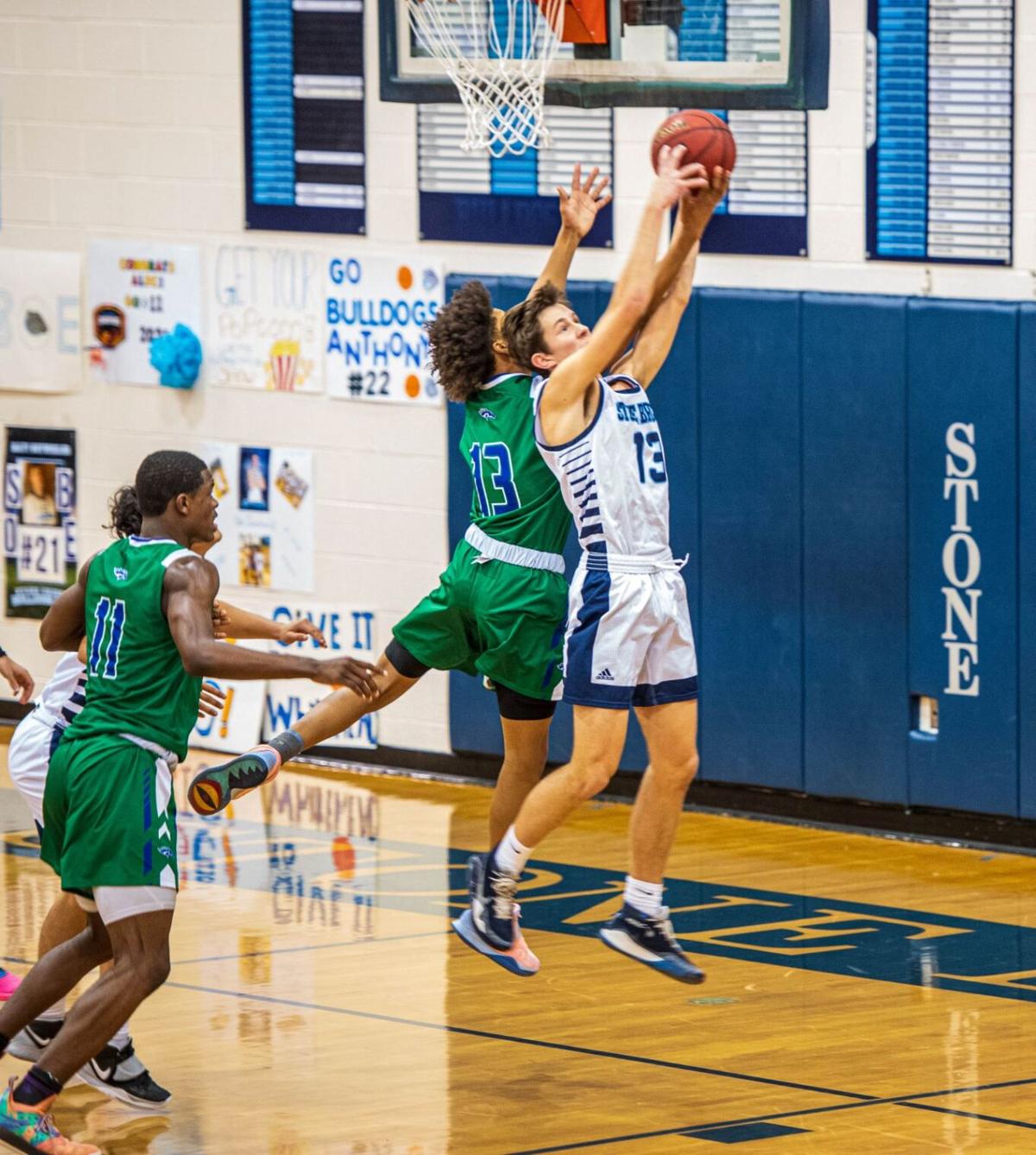 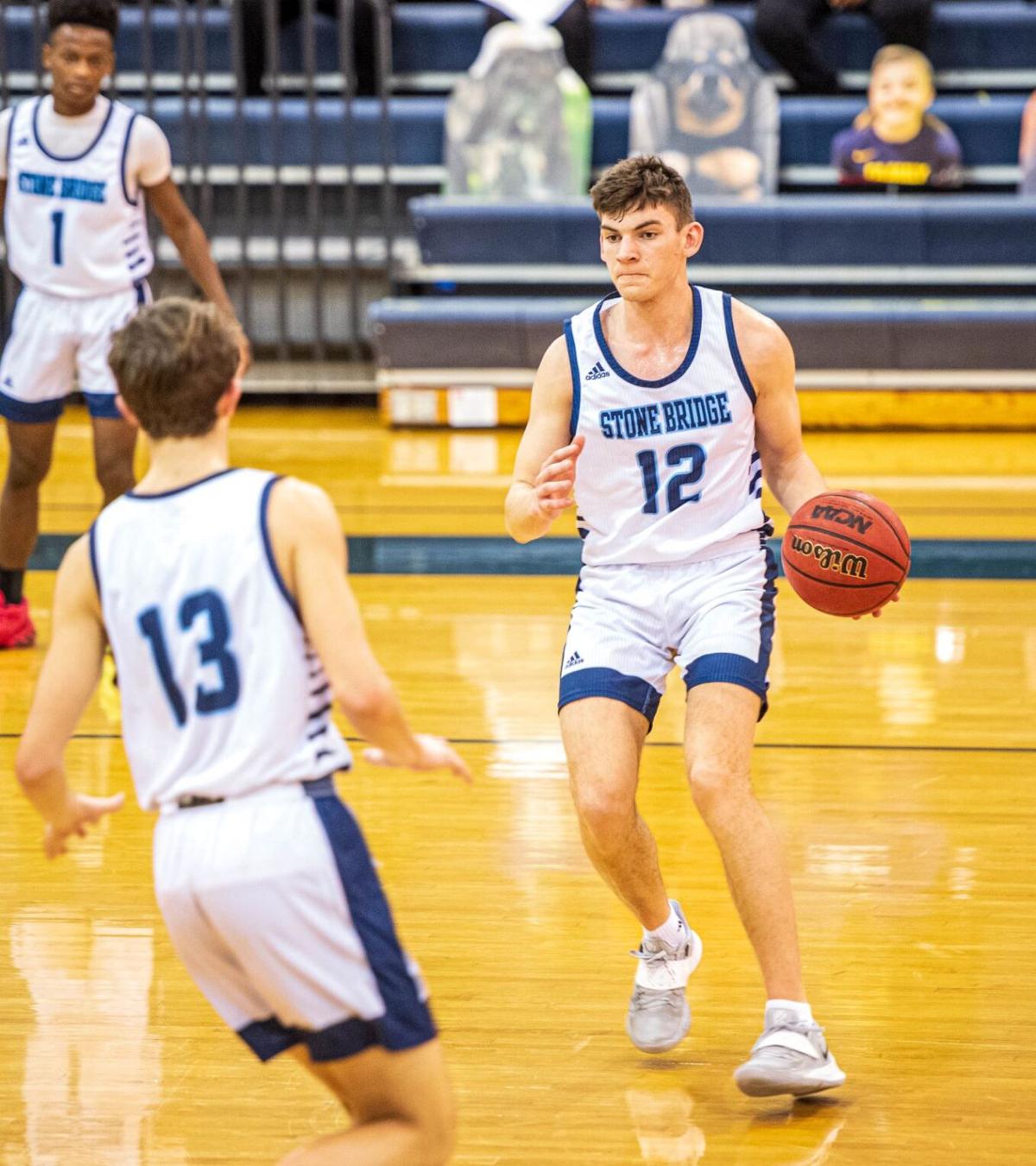 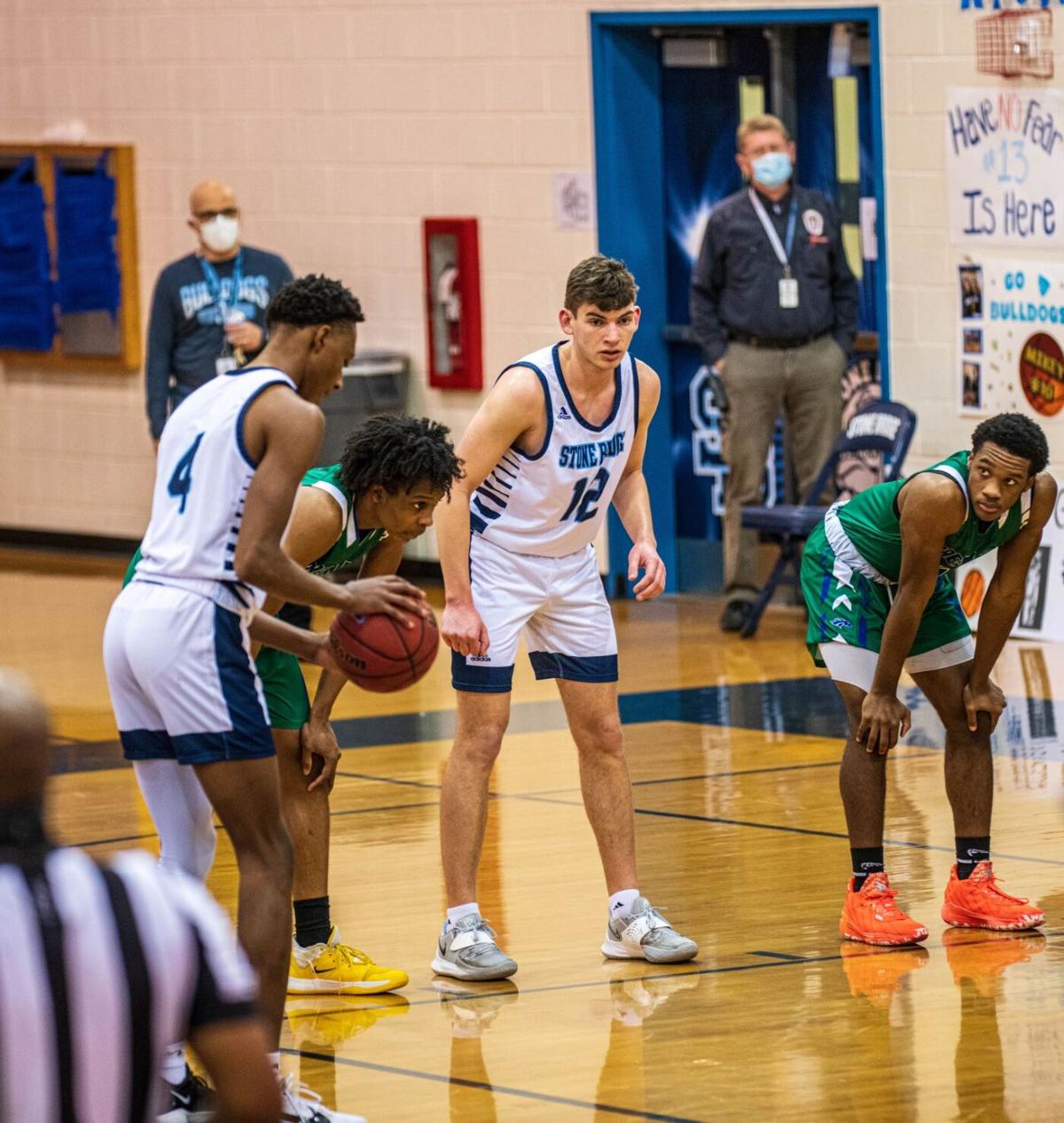 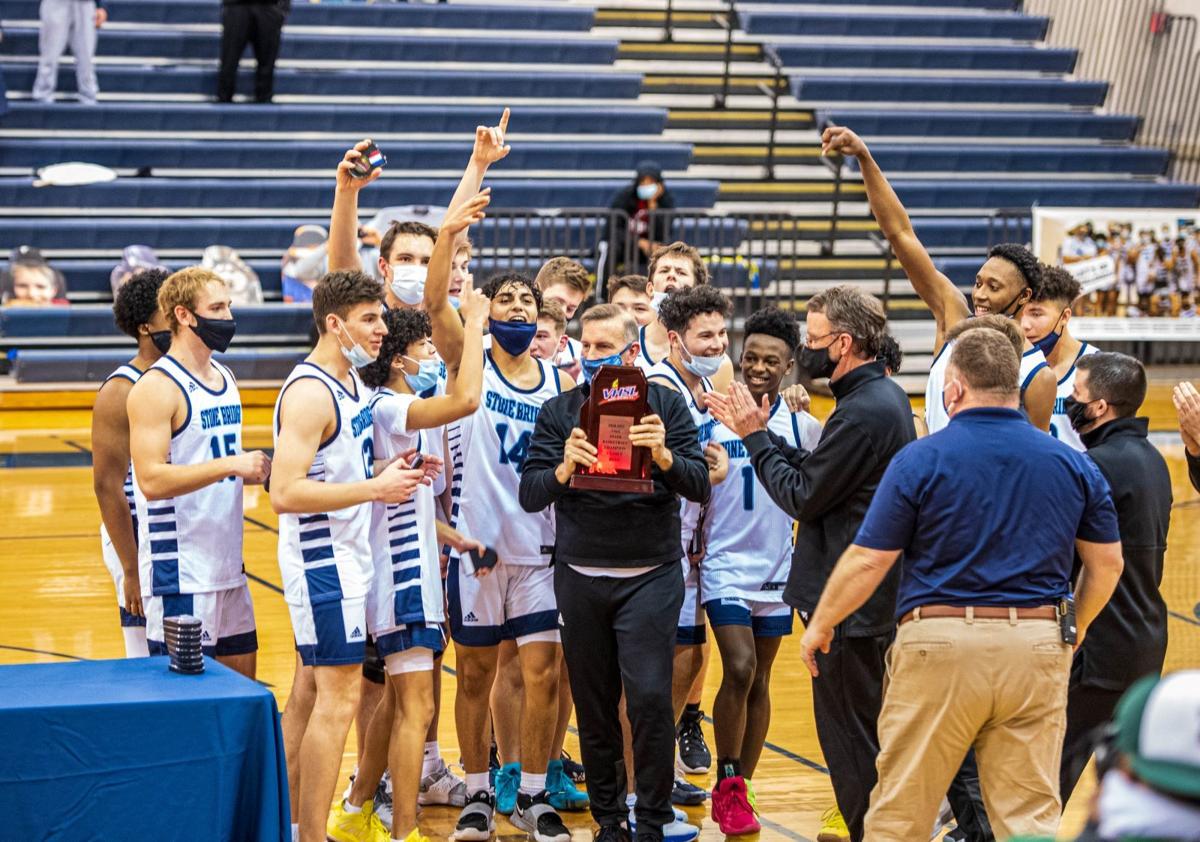 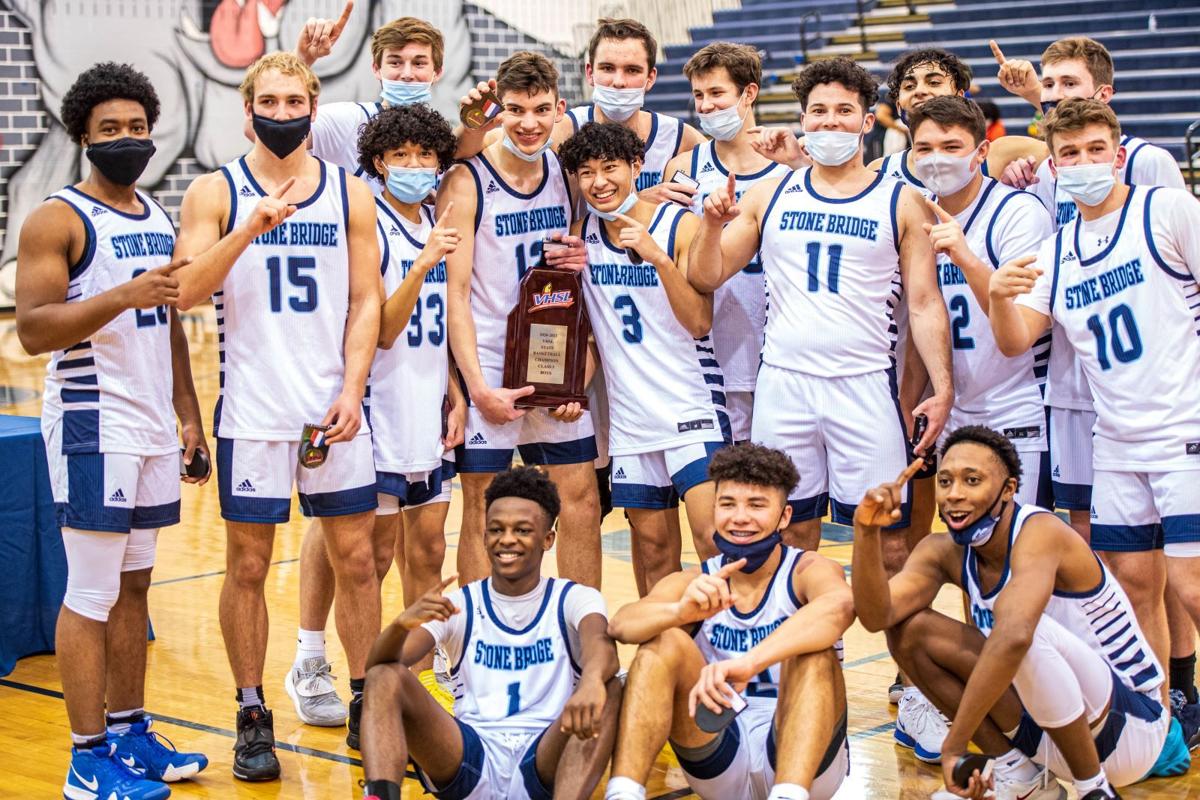 Stone Bridge junior Jacob Thomas gets past the Green Run defense to score two of his team-high 28 points.

Trailing by 18 in the first quarter against reigning state champion Green Run, Stone Bridge faced an uphill climb Feb. 20 in its quest to win its first state basketball championship.

The host Bulldogs clamped down defensively and slowly chipped away, pulling within five midway through the third quarter following back-to-back 3-pointers by senior Cole DeVido.

“They came out hot, they didn’t miss many shots,” DeVido said. “We knew with the pace of the game that we had a chance. We were still in it; we know that we can hit shots. We just stayed composed.”

Stone Bridge completed the comeback by outscoring Green Run 31-18 in the fourth quarter on its way to an 86-78 victory in the Virginia Class 5 boys’ basketball championship game.

“Our coach always tell us if a team starts out strong, they are going to burn out,” said Bulldog junior Jacob Thomas, who scored off an offensive rebound with 4:03 left in regulation to give Stone Bridge its first lead. “We just kept fighting and we kept going.”

While those three players combined for 74 of the Bulldogs’ 86 points, second-year head coach Kent Kling credited his entire roster for the comeback win.

After finishing first in the Potomac District and winning the Region 5C championship, Stone Bridge overcame a four-point deficit in the final minute of regulation to defeat Patrick Henry-Roanoke 67-66 in the state semifinals.

Stone Bridge is the first Loudoun team to win a VHSL state basketball title since Loudoun Valley claimed the Class 4 boys’ crown in 2017.

“We set goals for ourselves and we worked hard to accomplish them,” Kling said. “It’s a plan. We started at the beginning with a plan and we slowly built on it.”

Thomas described winning a state title as “amazing.” A two-sport standout, Thomas had a day to enjoy the championship before joining his Bulldog football teammates on the practice field in preparation for the season opener Feb. 26 at Woodgrove.