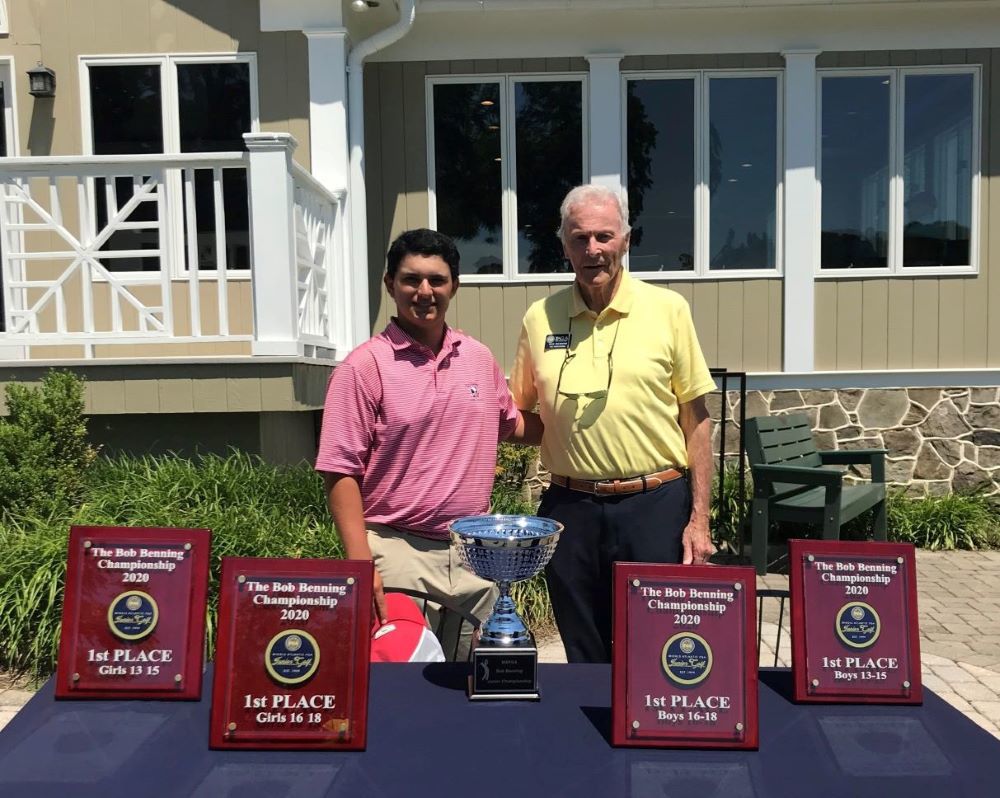 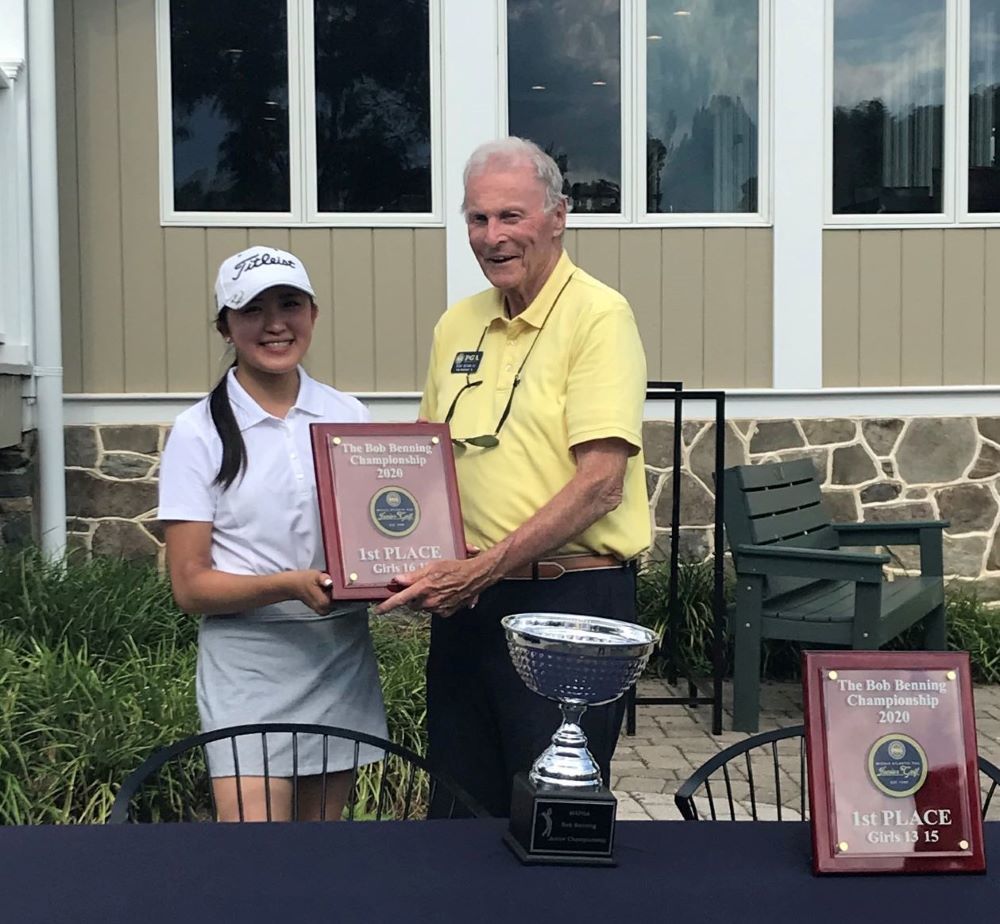 Bob Benning awards the championship plaque to Catherine Qui of Great Falls following her victory in the girls' 16-18 division. 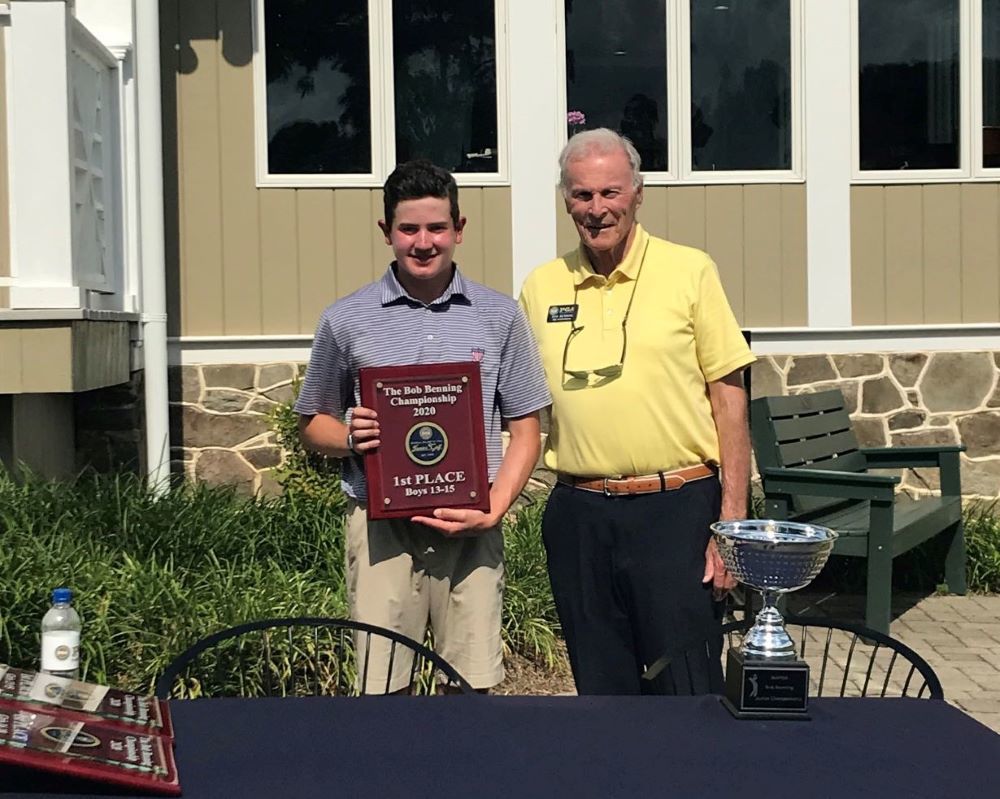 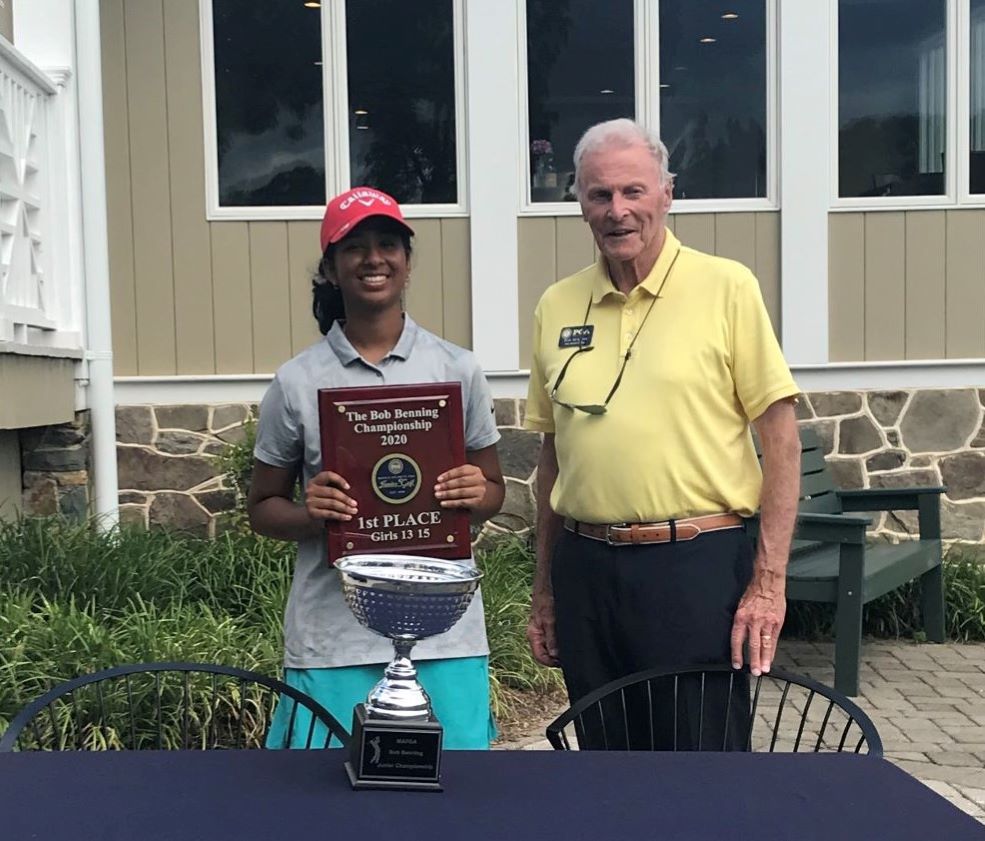 Kaurvaki Bajpai of Chantilly placed first in the girls' 13-15 division.

Bob Benning awards the championship plaque to Catherine Qui of Great Falls following her victory in the girls' 16-18 division.

Kaurvaki Bajpai of Chantilly placed first in the girls' 13-15 division.

Top junior golfers from Virginia and Maryland competed in the first annual Bob Benning Mid-Atlantic Championship on June 24-25 at Stoneleigh Golf & Country Club in Round Hill.

Lorenzo Sanz produced rounds of 71 and 65 on the par 72 course to win the 45-player boys' 16-18 division. Sanz posted 11 birdies and an eagle during his two rounds to finish seven strokes ahead of runner-up Mehrbaan Singh.

Catherine Qui put together rounds of 84 and 75 to claim the title in the girls' 16-18 division, while Benjamin Newfield cruised to victory in the boys' 13-15 division. Newfield shot even-par 72 on the first day and 4-under par 68 on the second day to pace the field by 13 strokes.

Kaurvaki Bajpai produced steady rounds of 84 and 80 to win the girls' 13-15 division. Bajpai cleared the field by four strokes after sitting one shot back following the first day of competition.

Sanz (-8), Newfield (-4) and Singh (-1) each completed their two rounds at Stoneleigh Golf & Country Club under par.